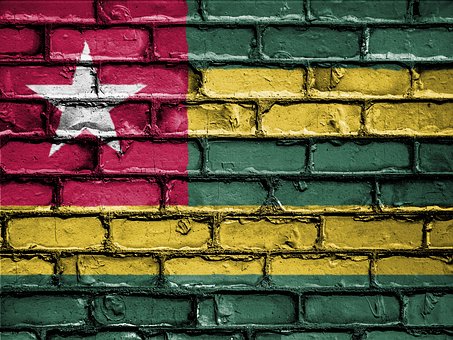 Posted at 13:09h in Western Africa by Gentrix Barasa
Share

Three human rights defenders, François Doudji and Bless Okouto, of the Collective of Association against Impunity in Togo (CACIT), and journalist Teko-Ahatefou were arrested by police on the morning of 21 April. At the time of their arrest, they planned to carry out a mission to observe the intervention of law enforcement at the home of political opponent agbéyomé Kodjo in Lomé.

They were not far from the security cord located on the street leading to the house of agbéyomé Kodjo when a police officer who refused them access to the opponent’s house arrested them. They wore service jackets and had refused their identity to one of the security forces at the scene. Despite this, they will be arrested without being informed of the reason for their arrest and then taken to the Central Intelligence and Criminal Investigation Service (SCRIC) where they will be kept in custody for hours, subject to interrogation before being released on the same day in the evening. During their custody, they did not have access to a lawyer, and could not communicate with their loved ones. Their cell phones had been confiscated by the officers.

According to information gathered by the signing organizations, activists stayed during their custody, standing and exposed for more than an hour in the sun with other people arrested at the opponent’s home.
Arbitrary arrest of the three activists sends a worrying signal for human rights defenders in Togo. They were arrested simply for exercising their legitimate right to document the human rights situation and to inform the public in fairness.

Togo has committed itself to protecting human rights organizations from international human rights mechanisms, including the United Nations Human Rights Committee and signed the Declaration on the Protection of Human Rights defenders.

INFORMATION SUPPLEMENT:
Security forces arrested opponent agbéyomé Kodjo on April 2020., 21 According to a statement from the prosecutor of the Republic, ” the arrest of Mr. Gabriel Messan agbéyomé Kodjo was made necessary by the fact that having been invited three times to attend the Central Criminal Research and Investigations Service (SCRIC) for the purpose of his interrogation in the required judicial investigation, the he has purposely refused to refer to these invitations claiming his failing state of health and then a judicial action to cancel the resolution of the National Assembly which lifted his immunity “.

The facts against him include: “aggravated public order, violation of the internal security of the State, illegal use of the emblems of the Republic”, claims related to the actions taken by the opponent in his challenge of the results of the of the presidential election of February 22, 2020.

Security forces made use of force by breaking the doors of the opponent’s house to arrest him and his family members and loved ones. They were taken to the SCRIC for the purpose of the investigation. Several members of the “Dynamic Lord Kpodzro” coalition that supported the application of agbéyomé Kodjo received invitations to be heard by investigators. They were released on 24 April and placed under judicial control.