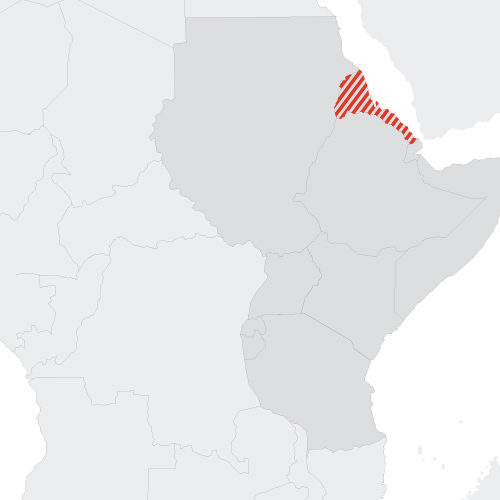 11 July, 2019
The UN offers a way forward for human rights in Eritrea

Posted at 08:46h in East & Horn of Africa by Cristina Orsini
Share


DefendDefenders welcomes the adoption of a resolution on Eritrea today at the UN Human Rights Council (“Council”). While making clear that diplomatic pro­gress in the Horn of Africa has not translated into domestic human rights pro­g­ress in Eri­t­rea, the Council offers a way forward for human rights reforms in the country by stream­lining its approach and providing the Eritrean government with an opportunity to engage.

“The Council did the right thing by making clear both that the human rights situation in Eritrea remains dire and that avenues for dialogue and cooperation are open,” said Has­san Shire, Executive Director, DefendDefenders. “Sustained international attention is key to supporting respect for the rights of all Eritreans and concrete change.”

The resolution adopted today, as the Council’s 41st regular session ends, extends the mandate of the UN Special Rapporteur on the situation of human rights in Eritrea and ensures ongoing scrutiny of the country’s situation. It is significantly shorter than previous Council resolutions on Eritrea, which created and extended the Special Rapporteur’s mandate and established a commission of inquiry into Eritrea’s human rights violations, which was operational between 2014-2016. Both mechanisms, as well as the Office of the UN High Commissioner for Human Rights (OHCHR), found that gross, widespread and systematic violations were committed and continue to be committed in the country.

Today’s resolution was adopted in the framework of the Council’s agenda item 2, which is regarded as less “condemnatory” than item 4, under which previous Eritrea resolutions were adopted.

“In March 2019, Eritrea took an initial step by meeting with the Special Rapporteur in Geneva. The government should now take a second step by inviting the Special Rapporteur for a visit to Eritrea and engaging on the ‘benchmarks for progress’ she identified,” said Nicolas Agostini, Representative to the UN for DefendDefenders. “This would also be a step towards meeting Council membership obligations.”

Ahead of the 41st, ongoing session of the Council, DefendDefenders and partners called on the Council to maintain a special procedure (Special Rapporteur) mandate and a high level of monitoring and public reporting on Eritrea’s rights situation. We urged the Council to make clear that membership does not prevent, but rather triggers an enhanced responsibility to accept, scrutiny. In October 2018, the UN General Assembly elected Eritrea for a three-year term as a Council member (2019-2021).

The Human Rights Council is the UN’s main human rights body. Its 47 members sit on the Council for three-year terms. It meets in three regular sessions a year and can convene special (emer­gency) sessions or urgent debates to address human rights crises. DefendDefenders has been actively advocating for the Council to continue its scrutiny of Eritrea’s human rights situation. Ahead of the Council’s 41st session, we published a paper[1] and coordinated the drafting of a joint civil society letter[2] calling on the Council to adopt a resolution maintaining Eritrea on its agenda.