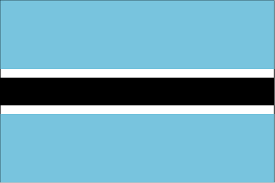 Posted at 12:21h in Southern Africa by Gentrix Barasa
Share

The Southern Africa Human Rights Defenders Network (the SAHRDN or the Network) observed the 23 October 2019 General Elections in Botswana. In addition to general observations around the integrity of Botswana’s electoral process, the SAHRDN also sought to assess the impact of increased electoral competition in Botswana on civic space and human rights defenders (HRDs). While elections in most African settings usually trigger pressure on civic space and attacks on HRDs and perceived opponents, Botswana has so far been adjudged by many as a beacon of just conduct and respect for human rights. However, this good record has also in part been a result of limited electoral competition with the Botswana Democratic Party (BDP) having no serious electoral challengers since 1966, something which changed given the challenge forwarded by the Umbrella for Democratic Change (UDC) in 2019. With a mandate to focus more on the situation of HRDs and civic space for independent civil society organizations, the SAHRDN observed the following:

Despite the above positive observations, it is the opinion of the SAHRDN that Botswana’s electoral architecture needs to be aligned with international good practices and regional principles and guidelines governing conduct of democratic elections. Botswana is yet to sign the African Union Charter on Democracy, Elections and Governance, and signing onto to this Charter and abiding by its dictates would be a good start at alignment. The Network noted several gaps that have the potential of creating tension and shrinking democratic and civic space in Botswana. These include:

The SAHRDN believes that all these issues are early warning signs that Botswana needs to adapt and reform its electoral processes in order to anticipate and eliminate problem areas as Botswana’s multi-party democracy entrenches itself with the challenges associated with highly contested elections.