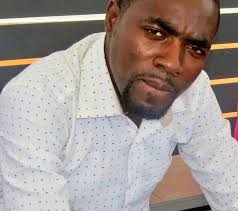 9 March, 2020
The Republic Withdraws Its Case Against Journalist Sebastian Atilio

Posted at 11:21h in East & Horn of Africa by Gentrix Barasa
Share

Today, on 5th March 2020, the Republic has withdrawn its case against Journalist Sebastian Atilio which was filed at the Mufindi District Court. The case was arranged to be mentioned today, but the State Attorney informed the court that the Republic no longer wishes to proceed with the case in respect to section 91(1) of the Criminal Procedure Act Cap 20, [R.E 2002].

Information about his arrest
Journalist Sebastian Atilio was arrested on 6th September 2019 at Mafinga town bus station as he was getting a bus ticket to Dodoma to cover news on parliament sessions. After his arrest, he was taken to the Mafinga District Central police station and interrogated about publishing false information on his Facebook account and on a WhatsApp group stating: “…investors have gone to Ifupila Village to conduct land survey…” . Journalist Atilio was also interrogated about performing his journalist duties without a permit from the Tanzania Journalist Board.

Charges against him
The Journalist was continuously detained at the Police station until 9th September 2019 when he was arraigned to the Mufindi District Court for two charges: One, Publishing false information contrary to Section 16 of the Cyber Crimes Act, 2015, and two, performing journalist activities without a permit from the Tanzania Journalists Board contrary to Section 50(2) (b) of the Media Services Act, 2016. The court denied him bail until 27th September 2019 when he was granted bail under the supervision of an Advocate retained by the Tanzania Human Rights Defenders Coalition (THRDC).

Case Proceedings
The case against Journalist Atilio had been mentioned for Nine (9) times now before the court without being heard even once. Today, the State attorney informed the court that the Republic does not intend to proceed with the prosecution and therefore withdraws its case against the accused person in respect to Section 91(1) of the Criminal Procedure Act.

The End
Tanzania Human Rights Defenders Coalition (THRDC) has been closely following up on the proceeding of this case and realized that the case has been mentioned hesitantly without proceeding to hearing which implies that that Journalist Atilio was arrested prior to the completion of the investigation into his charges which is why the case never proceeded to hearing.

The Coalition recognizes that, the Tanzania Journalist Board has never been legally established but the organ governing Journalists is the Media Council of Tanganyika (MCT).

The journalist’s cell phone and other equipments are still under police custody hence the Coalition calls on the Police Force to return his belongings back to him so he can proceed with his duties.

On 25th February 2020, the Coalition published a Trial Observation Report about Journalist Erick Kabendera’s case and one of the recommendations made was that police force should complete case investigations prior to arresting suspects. It is important for the police to comply with this recommendation to avoid disturbances by arresting suspects when investigations are incomplete.