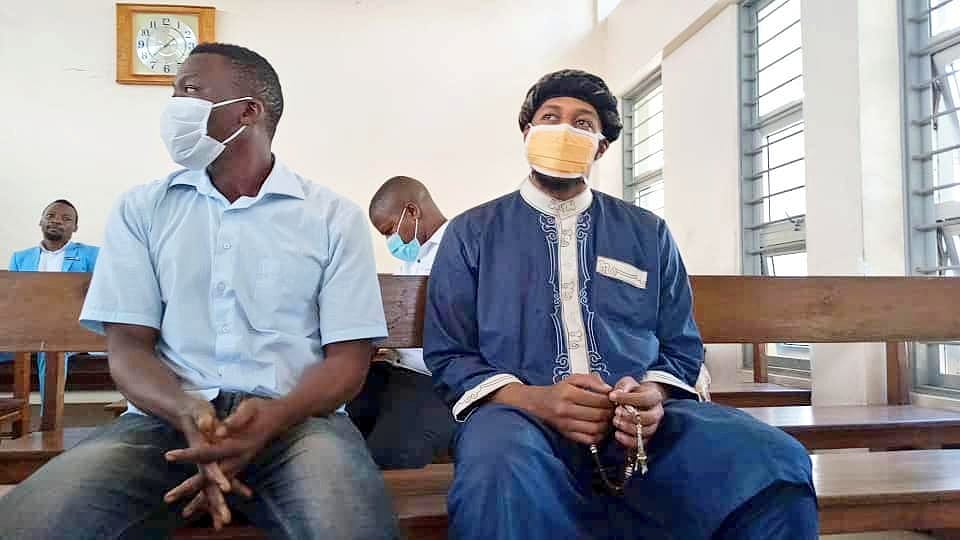 Posted at 07:44h in East & Horn of Africa by Gentrix Barasa
Share

Tanzanian comedian and actor Mr. Idris Sultan has been charged for failure to register a sim card at the Kisutu Resident Magistrates’ Court, Dar es Salaam – Tanzania. This charges come after being in police custody unlawfully for a week in Dar es Salaam.

CRIMINAL CHARGES AGAINST MR. IDRIS SULTAN AND ANOTHER

Mr. Idris Rashid Sultan has been charged together with another Mr. Innocent Maiga in Criminal Case No. 78 of 2020 at the Kisutu Resident Magistrates’ Court before Honourable Magistrate Chaungu. The Prosecution side was led by three state attorneys; Mr. Wankyo Simon, Ms. Batilda Mushi and Ms. Estazia Wilson.Before reading the charges against the accused persons, the State attorney Mr. Wankyo Simon addressed the court that, Advocate Benedict Ishabakaki witnessed the statement of Mr. Idris when he was recorded by Police Officers. Also, Advocate Ishabakaki had previously recorded his own statement at the Police station therefore, the Prosecution side intended to use him as a prosecution witness on the case, and therefore claimed Advocate Ishabakaki was an incompetent person to legally represent the accused persons.

Thereafter, charges were read over by the state attorneys before the court. Mr. Idris Rashid Sultan was charged jointly with Mr. Innocent Maiga. However each one with his own offence but related to the same transaction as follows;

The particulars of the alleged offence are that, Mr. Idris Rashid Sultan on diverse date between 1st December 2019 and 19th May 2020 at Mbezi Beach area within Kinondoni District in Dar es Salaam Region, did use Sim card number 0753 617 621 previously owned by Innocent Maiga without reporting to the licensee.

The particulars of the alleged offence are that, Mr. Innocent Maiga on diverse date between 1st December 2019 and 19th May 2020 at Mbezi Beach area within Kinondoni District in Dar es Salaam Region, being the lawful owner of Sim card number 0753 617 621 did fail to report to the change of possession of the said sim card to Idris Rashid Sultan without informing his licensee. Both accused persons pleaded not guilty.

The offenses charged against them were bailable and there had been no objection to their bail. The state attorneys prayed before the court to issue bail with heavy conditions. However, the defense lawyer, Adv. Jebra Kambole prayed before the court to issue smooth bail conditions to the accused persons in consideration to the prevailing novel coronavirus (COVID-19) crisis in the country.

Previously the charges against Mr. Idris Sultan were allegedly to originate from a video he recently shared showing him laughing at an old photo of President John Magufuli. “In short, the Police claimed that Mr. Idris used the internet to harass the president,” his Advocate previously said.

Honorable Magistrate Rashidi Chaungu granted bail to both accused persons on the condition that each must have two sureties with a bond of Tanzanian Shillings Fifteen Million Only. Mr. Idris met the bail conditions and was bailed out yesterday on 27th May 2020. Mr. Innocent is still waiting for one of his sureties at court. In case of further delays, he might be released on bail today on Thursday 28th May 2020. The case has been scheduled for preliminary hearings on 9th June 2020.

Join us at the #KwameNkrumahFestival from 1630 - 1800 GMT for the Feminism and Pan Africanism session.

📢 Call for inputs to my report to the @UN_HRC in March 2022 on Human Rights Defenders' anti-corruption work.

First official physical meeting with Christine, Samantha, Sacha & Jean of #INTPA formerly DEVCO & it was with our @DefendDefenders delegation @VitalRuyaga @MemoryBandera to discuss our work with #HRDs in the region. Grateful to our long-standing partnership with @eu_eeas #Ubuntu