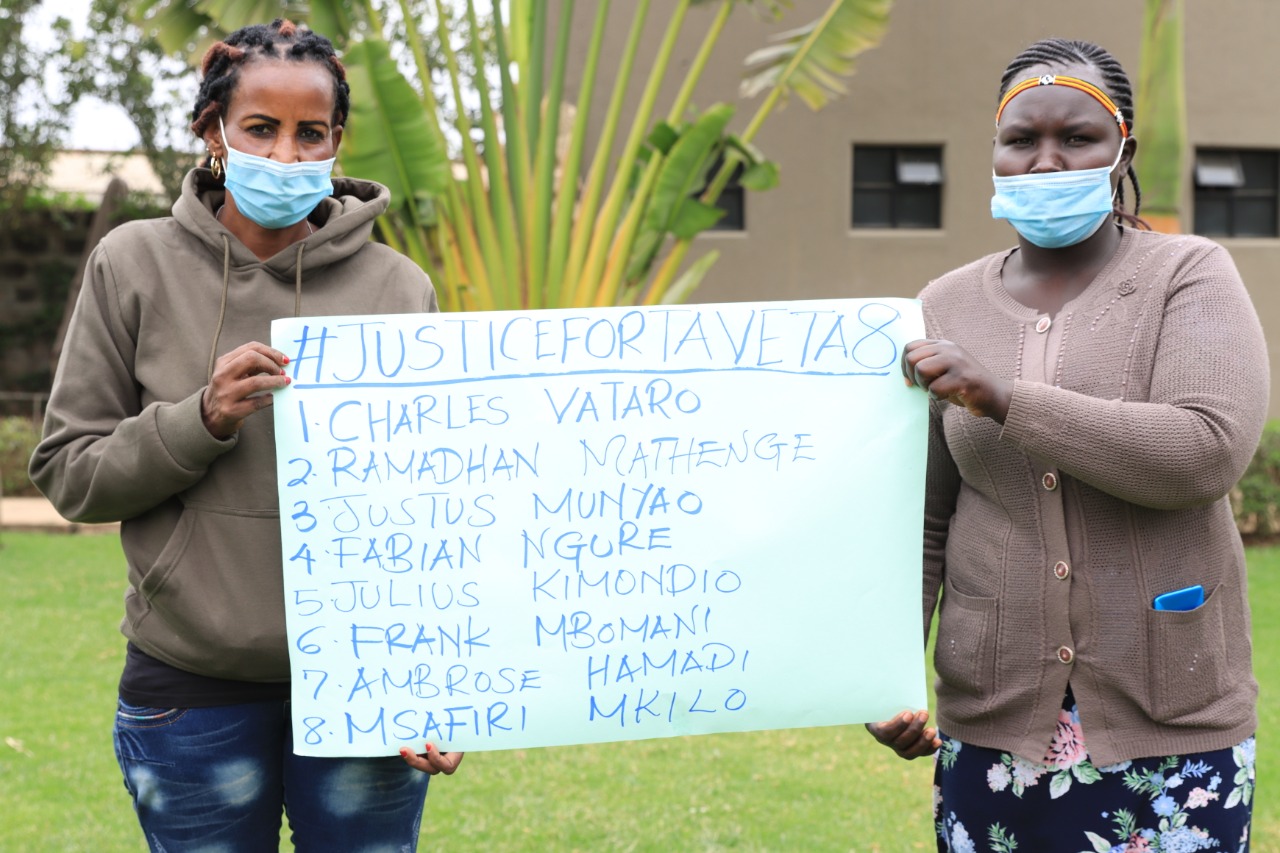 Posted at 10:34h in East & Horn of Africa by Gentrix Barasa
Share

This statement was first published by Defenders Coalition

Eight (8) activists from Taita Taveta County in the coastal region of Kenya are now facing the risk of serving three (3) months of jail time based on a ruling delivered on Monday 2 August 2021 by a Taveta Law Courts magistrate.

The ruling criminalizes the work of defending human rights by rights defenders who, despite the many challenges in their communities, stand tall in mobilizing and organizing communities to stand against violations.

The judgement was delivered on Criminal Case Number. 381 of 2016.

The 8 HRDs who were arbitrarily arrested in 2016 had been detained and charged with the offense of ‘taking part in unlawful assembly contrary to section 79 of the Penal Code.’ This is contrary to the provisions of Article 37 of Kenya’s 2010 Constitution which states that every person has the right, peaceably and unarmed, to assemble, to demonstrate, to picket, and to present petitions to public authorities.

At the time of their arrest on 31 October 2016, the eight were alongside 2 others who were not present in the court at the time the ruling was delivered earlier this week. Charges against the two were dropped with the prosecution citing “mistaken identity.” One of the remaining accused, Msafiri Mkilo has since died.

The Defenders Coalition understands that there is a high likelihood that eight were persecuted for organizing community members to stand against an unpopular adjudication of land by the national government.

Defenders Coalition, which is the National Coalition of Human Rights Defenders in Kenya is gravely concerned by this ruling as it criminalizes the very existence of human beings who must interact from time-to-time to exchange ideas and organize within their communities.

The ruling is punitive, unreasonable, and unjustifiable as it goes against open and democratic society that is based on human dignity and freedom. It sets a bad precedence for other hundreds of HRDs who have been similarly criminalized for assembling to promote human rights or express their discontentment with the actions of the government of the day.

“The criminalized HRDs were accosted from their own office and charged with a trumped up charge of unlawful assembly. These are members of a non-governmental organization that is registered by the same government that is prosecuting them. Building Africa were  running civic awareness programs in Taita Taveta County and maintained an office in Taveta,” noted Kamau Ngugi, The Executive Director of Defenders Coalition.

Detained for hours without recording a statement

According to our investigations conducted by the our protection and legal team supported by the Defenders Coalition, One of the arrested HRD Mr. Ramadhan Mathenge Mwanzia   noted that he was in their office conducting a regular meeting of members of the group when the police arrived and arrested them. He asked the police why they were being arrested but the question fell on deaf ears.

Their mobile phones were confiscated together with a camera. Consequently, they were detained at the Taveta Police station, with no statement whatsoever taken from them against the obvious dictates of natural justice.

“I am convinced that my work of mobilizing the community through a petition before the High Court on land allotment related to LR 5865/2 Taveta may have made some powerful government individuals unhappy,” Mr, Mathenge noted in one of the interviews.

This case against the #Taveta8 is not a solitary one. But it sets a dangerous precedent against other HRDs battling malicious cases in various courts of law across the country.

On 27 July 2021, Njeri Migwi, Ruth Bange, Wambui Ochieng, Moses Okoth, Rodgers Ochieng, Innocent Onyango, Julius Otieno were arrested in Kayole for calling to justice for an 8 year-old girl who was killed by a teacher in school.

Malicious charges including that of unlawful assembly were preferred against them. Although, they were released on bail, they have a date with the court and we are concerned that they may face the same fate as the #Taveta8.

The nine now face trumped up charges including contravening the Public Order (State Curfew) Order 2020 and are to appear in court for the mention of their cases on 25 August 2021.

In January 2021, HRDs Mr. Khalid Hussein (Executive Director of HAKI Africa), Ms. Beatrice Waithera and Mr. Ojiro Odhiambo were arrested for organizing a press conference at Uganda House to call on the Ugandan Government to denounce Ugandan police brutality, electoral injustice, to respect international Human Rights law and laws of Uganda during the presidential ballot in Uganda. The three were charged with unlawful assembly.

On 7 July 2020, 63 HRDs from various social justice centres across Nairobi who had staged a commemorative event of the Sabasaba and to reflect on the dissident conduct of the government towards the adoption of one of the most progressive constitutions in the world were similarly violently arrested and charged with contravening public order regulations.

It is no secret that the state is determined to silence, by intimidation or punish HRDs, through misusing the Public Order Act.

Defenders Coalition appeals to the The National Police Service  and the Office of Director of Public Prosecutions (ODPP) respects provisions pertaining to Article 37 of the Constitution of Kenya and the 1998 UN Declaration on HRDs.

While the Defenders Coalition mulls over appealing the ruling at the appellate court, the ODPP must be reminded and be guided by the Office of the Director of Public Prosecutions Act, No. 2 of 2013, which requires the ODPP to pay due regard to the fundamental principles comprising impartiality, rules of natural justice and the promotion of public confidence in the integrity of the office while delivering its mandate. 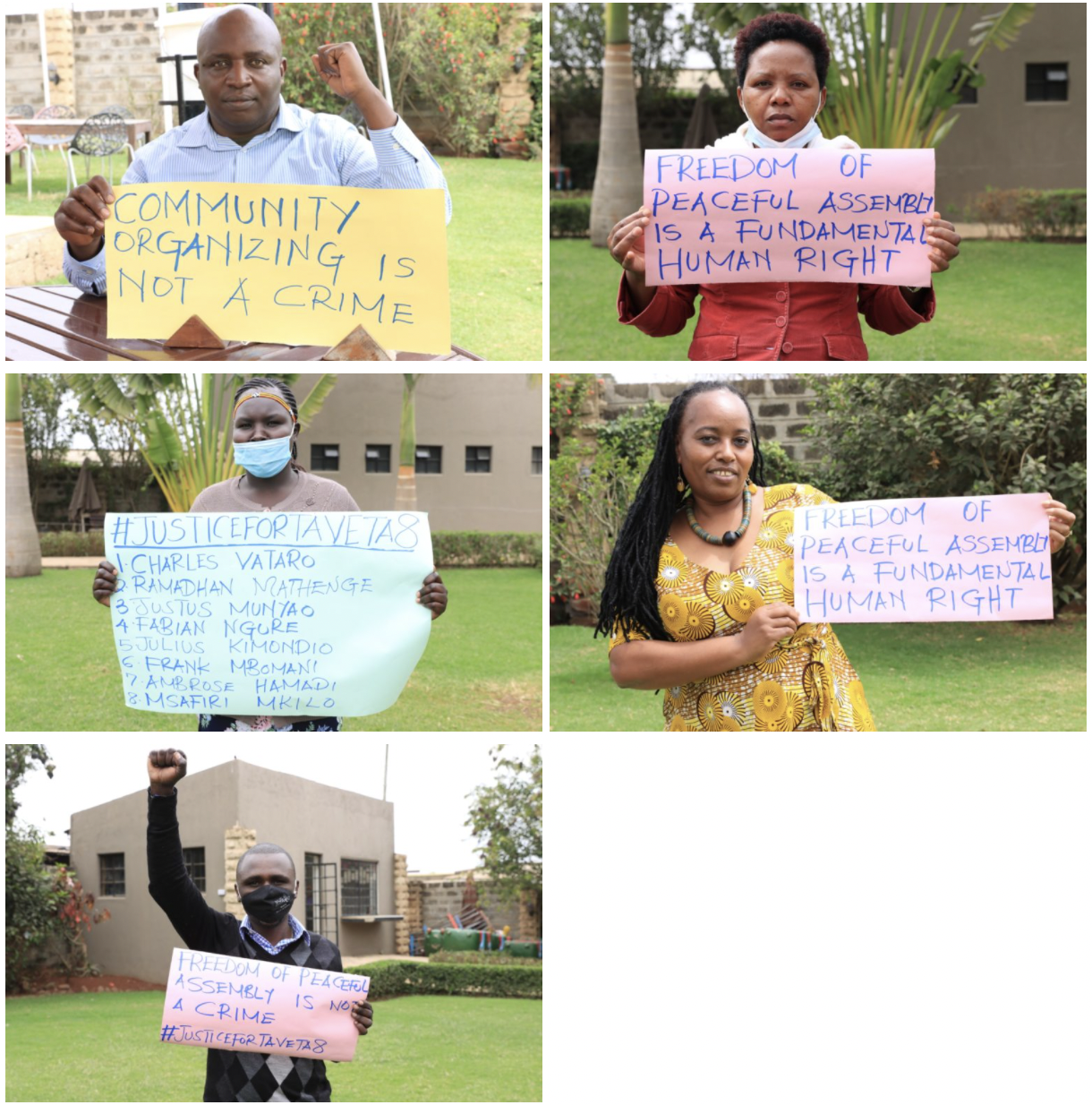