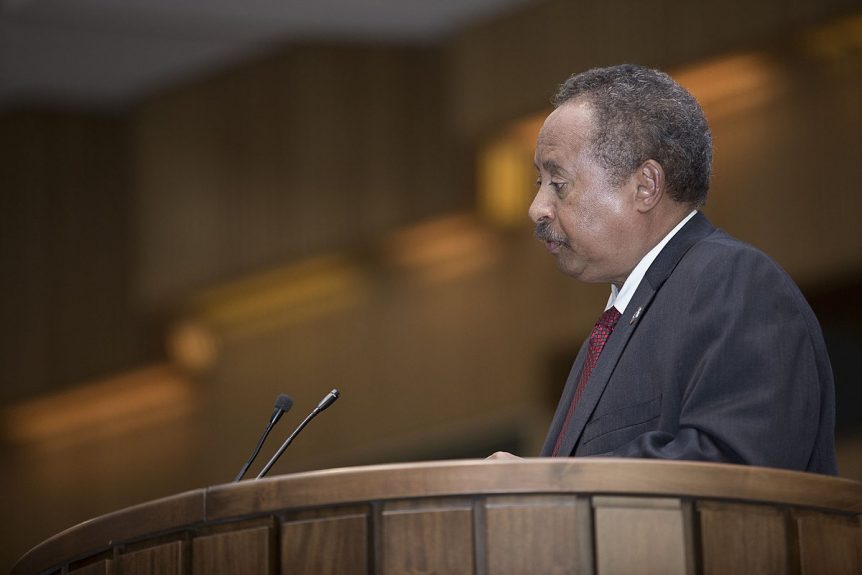 Posted at 22:02h in Northern Africa by Gentrix Barasa
Share

Sudanese Prime Minister Abdalla Hamdok invited the Cairo Institute for Human Rights Studies and a number of international human rights organizations to participate in a consultative meeting – held on August 11th –  to assess the challenges facing Sudan’s transitional council. In his invitation to the meeting, the prime minister had praised the role of regional and international human rights organizations in supporting the decades-long struggle and successful uprising of the Sudanese people.

The Sudanese government’s decision to hold a consultative meeting with rights organizations is indicative of its attempt to distance itself from the decades – long authoritarian rule of former Sudan President Omar al-Bashir – an authoritarianism that is shared by most Arab governments and threatens the work of human rights organizations in the region.

CIHRS highly appreciates the willingness of Prime Minister Abdalla Hamdok to establish dialogue with human rights organizations, even as his government is facing historic challenges centered on dismantling the decades-long autonomous rule established by former president Bashir and building a new democratic system able to surmount the failures of other countries in the region, which faltered in their path towards democratic transformation after the Arab Spring.

CIHRS’ emphasis on the importance of the human rights situation in Sudan is corroborated by nearly three decades of extensive research, especially in regards to analyzing the authoritarian structure of Sudan’s Islamic military regime and the implications of its policies on the fundamental rights of the Sudanese people. Significant research has been further dedicated to exposing the complicity of Arab and Islamic governments in the crimes of the Bashir regime, which reached the level of genocide.

In addition to its research, CIHRS strives to provide a safe working and consultation space for democracy advocates and human rights defenders in Sudan and in the diaspora, organizing meetings and discussion panels between them in Cairo, Beirut, Rabat, Casablanca, Kampala and Paris. Many democratic proposals emerged from these meetings, which challenge the system of authoritarian rule in Sudan.