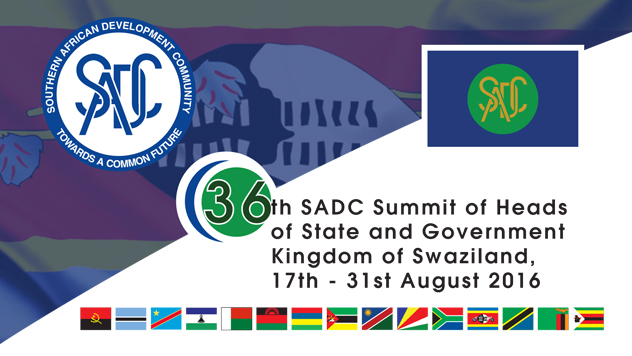 On the occasion of the 36th Summit of the Heads of State and Government of the Southern Africa Development Community (SADC Summit), we the undersigned members of the Coalition for an Effective SADC Tribunal, are raising serious concerns over state parties insistence in denying access to justice to the citizenry of this region as per the revised SADC Tribunal Protocol. The Protocol strips the Tribunal of its jurisdiction to hear complaints from individual citizens of SADC. This is inspite of the guaranteed right for people’s participation in the SADC Declaration and Treaty under Article 23.

SADC remains an important sub-regional community though still characterized by varying atrocities and human rights violations with impunity, human and drug trafficking, violence against women and children, migration, mineral exploitation, election rigging and other concerns which the SADC Heads of State and Government committed to address in line with SADC Protocols. However the revised SADC Tribunal Protocol is in conflict with the SADC Declaration and Treaty and undermines human rights protection in the region. It further, limits citizens, civil society organizations and other non-states actors’access to the Tribunal by only granting this access to state parties.

The SADC Tribunal was designed to be a fair impartial court where citizens could hold their governments accountable and seek redress for the violation of rights and the current Protocol threatens these important rights. Therefore we once again call on member states that have signed the revised SADC Tribunal Protocol to refrain from ratifying the revised Protocol as it violates and runs counter to the spirit and principles of the SADC Treaty, including the protection of human rights, rule of law, democracy and public participation.In addition, the revised Protocol, by removing a forum for access to justice in the region, may be responsible for aggravating human rights violations in the SADC region. We further call on those who have not signed to refrain from signing and to advocate for an inclusive Tribunal that will serve the needs of the people of SADC.

Signed by Members of the Coalition for an Effective SADC Tribunal: