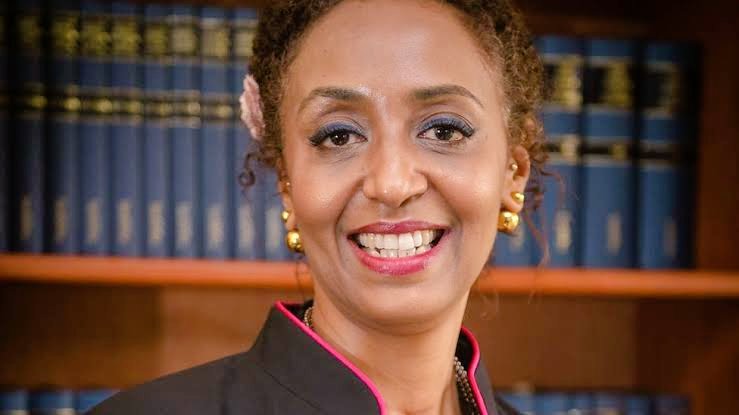 Posted at 08:16h in East & Horn of Africa by Gentrix Barasa
Share

The Tanzania Human Rights Defenders Coalition is extremely shocked and deeply saddened by the decision made by the Advocates Committee to “Permanently disbar” Advocate Fatma Amani Karume as a practicing advocate and Commissioner for Oaths (Roll No 848). Under the decision made today, 23rd September 2020, the Advocates Committee has proposed Ms. Karume to be permanently disbarred for alleged ethical misconducts. Advocate Fatma Karume, also known as “The Iron lady” is an astute lawyer and respected female advocate, with a razor-sharp legal mind and a bold temperament. Like a person of any other calling Ms. Karume is always guided by her conscience and stick to the cardinal rules for lawyers especially the duty to the public. Over the years, she has tirelessly worked to resolve many corporate, human rights and public interest litigations. She’s an ardent supporter of the rule of law and staunch defender of constitutionalism, democracy and human rights in Tanzania. On 20th September 2019, the High Court Principal Judge Dr. Eliezer Feleshi indefinitely suspended Ms. Karume as an Advocate for the same grounds of alleged ethical transgressions. Judge Feleshi was dismissing a constitutional case in which Ms. Karume was representing her client. In his ruling, Judge Feleshi ordered for the suspension of Advocate Fatma Karume from law practice pending determination at the Advocates Committee. Today’s decision is rooted from this cause of action. THRDC doesn’t dispute the decision on its entirety but more concerned with the permanence nature of the punishment. Advocate Fatma Karume, who until recently worked as a senior partner with IMMMA Advocates, had been sidelined by the law firm and on 16th September 2020, had her partnership agreement with the firm terminated on the grounds that her partners were not happy with her active political and human rights activism on social media, which allegedly brought the firm into disrepute and jeopardized its business relations with a legion of its clients. Ms. Karume was also recognized by THRDC in 2017 as the only audacious and independent female human rights advocate who notwithstanding myriads of life and professional threatening challenges, she stood up fearlessly to defend rule of law, democracy human rights in Tanzania. On 26th August 2017 her office premises (IMMMA Advocates) was bombed by unknown assailants and forced them to secure temporary offices. Advocate Fatma Karume is the second female President of the Tanganyika Law Society (TLS)—an umbrella Bar Association founded in 1954. She served from 2018- 2019. The first TLS female President was Joaquine De Mello (2007 -2008). She was admitted to the Bar to practice in Tanzania mainland and Zanzibar in 1994. She has more than twenty years of experience in civil and commercial litigation and specializes in civil litigation, arbitration, constitutional and administrative law with various landmark judgments delivered by the High Court and Court of Appeal of the United Republic of Tanzania. THRDC advises Advocate Fatma Karume to appeal against this decision to the High Court of Tanzania as her services as a female advocate are still desirable. “Defending Human Rights is Not A crime”