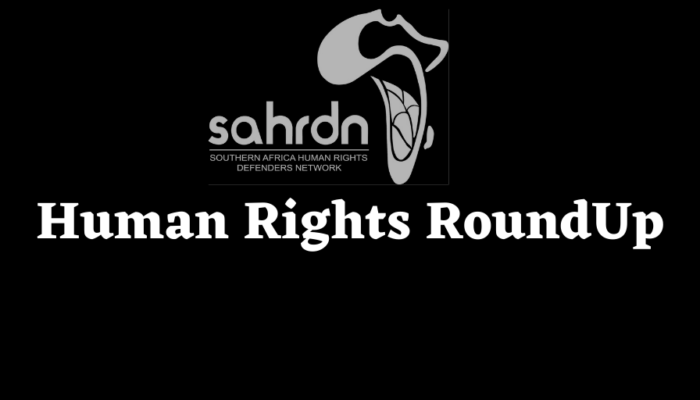 Posted at 14:15h in Southern Africa by Gentrix Barasa
Share

Gone are the days of Mozambique being the donor darling; the days of it being a success story, a model of post-civil war political stability and good macroeconomic policy. Mozambique was briefly Africa’s biggest recipient of aid and Foreign Direct Investment destination. This caused Christine Lagarde – the then IMF Director in 2013, at an Africa Rising Conference, in Maputo, Mozambique – to label it the rising “Qatar of Africa”. But that’s gone.

Instead Mozambique is now experiencing the biggest socioeconomic and financial crisis of its history. The country is succumbing under the US $2 billion hidden/ illegal debt orchestrated by president Guebuza’s regime, near the end of its second term between 2013-14 and discovered in 2016.

When the odious debt was exposed, development partners cut off their aid, an amount that accounted for almost half of the public expenditure in the country. Unable to pay her international creditors, Mozambique has defaulted since 2016 with deep debt distress (100%+ to GDP) and money from the gas fields off Mozambique’s coast — besides creating and driving a complex security crisis – is not coming anytime soon.

In addition to this, the problematic power transition from President Guebuza to Filipe Nyusi exacerbated factionalism within Frelimo which had a negative impact on ‘civic space’ (people’s rights to protest, assembly and a free media), given the military roots of Frelimo.

In March 2015 the brutal assassination of Professor Gilles Cistac, only two months after the troubled presidential transition, was a good indicator of the beginning of the systematic and sustained closure of civic space.  Since the investigation by the attorney’s general office failed to bring charges against anybody, the case was archived a few years later creating a climate of impunity for serious human rights violations.

This event had a negative impact on the democratic and civic space and, before people recovered from the shock, a wave of abduction and beating up of academics, journalists engulfed the country.

The abduction of Professor Macuane an associate professor at the University of Eduardo Mondlane in May 2016  and human rights lawyer and journalist Ercino Salema in March 2018 represented but a tip of the iceberg substantiating the public outcry that there was a Death Squad in Mozambique operating with the acquiescence of the establishment, particularly the police.

It is within this context that activists started to mobilize firmly towards the establishment of a Mozambique Human Rights Defenders Network. There were two issues: one was the need for collective action to protect civic space and claim the right to stand and fight for democracy; the second was to protect activists – a vulnerable group that needs special attention if it is not to become extinct.

The Constitution of Mozambique and the human rights instruments that Mozambique voluntarily ratified and is obliged to comply with firmly support this approach.

For a long time, Human Rights veteran, Alice Mabota, the founder and leader of Liga dos Direitos Humanos (Human Rights League), had raised the discussion about the need for a Human Rights Defenders Network but not much happened until the escalation in the wave of attacks on Defenders.

Beginning in 2014, direct attacks with impunity on Defenders and activists  led OXFAM and DIAKONIA to start working towards the development of a protection mechanism for Defenders. Constant attacks and threats led towards an establishment of a network of Defenders to increase intra-Defenders solidarity.It also worked on cooperation on security and protection as well as to improve the ability to identify and evaluate cases that could be appropriate for support under the protection mechanism available from international organizations.

Organizations such as JOINT a non-profit organization created in 2007 with the aim of strengthening the role of Mozambican civil society and its participation in the country’s socio-economic processes and development have also been working for a couple of years to establish the network in the context of the AGIR Programe. Important progress was made.

CDD worked with a grant from the Open Society Institute of Southern Africa (OSISA) jointly given to N’weti a Mozambican non-profit organization that works in the area of ​​health communication to accelerate the creation of conditions for the rapid establishment of the Defenders Network in Mozambique. CDD had also worked closely with the Mozambique Human Rights Commission, a body that has constitutional obligations to promote and protect human rights in Mozambique.

Six key events that catalyzed the momentum for the establishment of the network in Mozambique in 2019 and merit special attention.

First, CDD’s conference for the launch of Mozambique’s electoral monitoring project to prevent, mitigate violence and intimidation and promote responses on conflicts during 2019 general elections with the keynote address by Siphosami Malunga, OSISA’s director.

Second, the joint round-table with Amnesty International and Solidariedade Mocambique to assess the status of human rights in the electoral manifestos with the keynote address by the Swedish Embassy.

Fourth, the blatant electoral fraud, violence and intimidation of defenders by the police during the election in October 2019.

Sixth the consultation with the UN Special Rapporteur on Human Rights Defenders in 2019 and the advice given on the need for greater organization and coordination by Defenders themselves in protecting themselves in a deteriorating environment.

With the above happening, key Defenders held the founding conference on the occasion of the International Human Rights Defenders Day, 9 December 2019, jointly organized by CDD and SAHRDN. At this meeting, CDD was tasked with putting in place and leading the roadmap towards the establishment of the network.

The first quarter of 2020 focused intensively on the investigation of the assassination of Anastácio Matavele and the push for an independent trial. This involved collaboration with CESC (Centro de Aprendizagem e Capacitação e Sociedade Civil). The leadership of activist Graça Machel was decisive for the trial to happen despite Covid-19.

Then there was observation of the court proceedings; training of the members of PIE, Platforma da Sociedade Civil para a Industria Extractiva and some public lectures in collaboration with SAHRDN on New Authoritarianism, Civic Space and Human Rights Defending.

Even before the database and provincial workshops were completed, the already precarious human rights situation was exacerbated by the growing militarization of civic space in connection with the government strategy to repel the insurgency in Cabo Delgado – a province that has become a war zone where human rights violations and the abduction of journalists (Amade Abubacar, Ibrahim Mbaruco and Pindai Dube) has become  widespread.

Cabo Delgado has become a no-go area for activists and journalists notwithstanding official claims that Cabo Delgado is open for journalists and activists. The reality is that anyone investigating information related to abuses in Cabo Delgado is being put in serious threat. For instance, the editor of the independent newspaper Canal de Moçambique, Matias Guente, was prosecuted after publishing sensitive information related to the contracts between the Government and private military companies working in the province.

Covid-19 has given the Government excuses to limit freedoms and put vocal critics in surveillance.  The State of Emergency with its subsequent extensions, although possibly a strategic necessity, has had a severe impact on the lives of people and operations of civil society organisations who rely on open and free civic space to carry out their legitimate work to promote and protect human rights.

Further, the burning down of the office of the independent newspaper Canal de Moçambique expedited the establishment of the human rights defenders network on 6th October 2020, which at the moment is hosted and coordinated by CDD in direct coordination with JOINT, FMO, PIE and with the support from leaders such as activist Graça Machel whose support has been critical.

Currently the steering committee of the network is preparing to hold its third conference on December 9, 2020 – an event that will elect the leadership of the network.

The establishment of the Mozambique Human Rights Defenders Network is an important milestone in Mozambique and for the SAHRDN. It is the second national network in Southern Africa after Malawi’s Human Rights Defenders Coalition (HRDC) that has an approach of the human rights movement organically connecting itself to the people whose rights it seeks to promote and protect. This will increase the legitimacy of Defenders while strengthening the protection of Defenders at highest risk.

We can therefore look forward to strengthening the resilience and capacities of Defenders in Mozambique to exercise their right to defend human rights, fight injustice, push back on shrinking civic space and enhance their own protection and security.

Professor Adriano Nuvunga is a civil society leader in Mozambique and the Executive Director of the Centre for Democracy and Development (CDD). Arnold Tsunga is the Resident Senior Director at the National Democratic Institute and also offers Strategy and Technical Advisory services to the SAHRDN.

The Southern Africa Human Rights Roundup is a weekly column aimed at highlighting important human rights news in Southern Africa. It integrates efforts of human rights defenders and facilitates evidence-based engagement with key stakeholders, and institutions on the human rights situation across the region.

The weekly roundup is a collaboration between the Southern Africa Human Rights Defenders Network (SAHRDN) and Maverick Citizen.

Save the date!
Join us virtually on Wednesday, May 25th, 2022 to celebrate Africa day with the theme “The Pride of African Delicacies”.

Click the link in our bio now to register