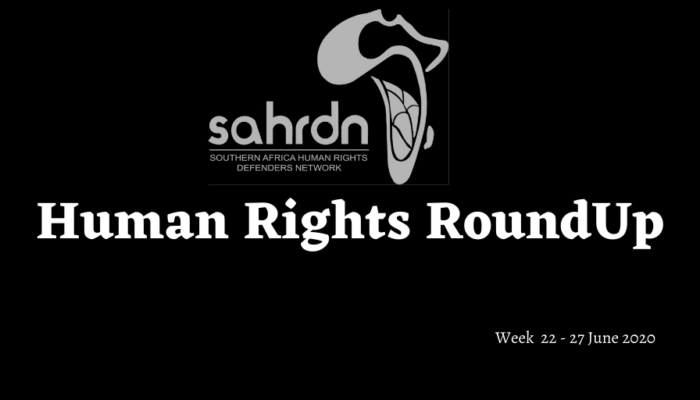 Posted at 14:44h in Southern Africa by Gentrix Barasa
Share

Every year, the African Union (AU), besides electing a new Chairperson, adopts a theme for the year. At the AU Summit in Addis Ababa, Ethiopia, in February 2020, President Cyril Ramaphosa was elected as the AU Chairperson for 2020. The theme “Silencing the Guns in Africa by 2020” was also adopted with the primary objective to achieve a conflict-free Africa.

In this article, we analyse how well Africa has performed in efforts at Silencing the Guns, taking into account the context of the fight against Covid-19. We are also halfway through 2020, making it a good time to stop and look at whether the theme can be achieved in earnest.

In May 2020, this year’s Africa Day and Africa month celebrations were held under the theme: “Silencing The Guns: Creating Conducive Conditions for Africa’s Development and Intensifying the Fight against the Covid-19 Pandemic.”

Unfortunately, the celebrations happened amid ongoing conflicts on the continent in the Democratic Republic of Congo (DRC), Mozambique, South Sudan, Libya, Zimbabwe, Somalia, Lesotho and countries in the Sahel region. It was also in the middle of the Covid-19 pandemic, a health crisis that is also inflicting damage of incalculable proportions on African economies and raising social as well as political tensions in many states across Africa.

As a result, AU leaders and AU civil society had sharply contrasting views about Africa’s performance and prospects for silencing the guns.

In his Africa Day speech, President Hage Geingob of Namibia reported that Africa continues to make progress and has witnessed an increase in regular free and fair elections, smooth transition of power between presidents, increased levels of transparency, strengthening of democratic governance architectures by refining processes, systems and institutions, and increased respect of independent institutions, for example, court decisions after election disputes.

In sharp contrast, the International Trade Union Confederation (ITUC-Africa), representing millions of workers across Africa, lamented in their commemorative statement that:

“The road to a real integration in Africa remains strewn with challenges such as poor leadership and abuse of democratic rights, institutionalized corruption, violent conflicts, poor infrastructure, poor public services, dependent mentality and above all, lack of confidence and ability to take our destiny into our own hands… today the Covid-19 health crisis in the world has exposed Africa in all its weaknesses.”

The Southern Africa Human Rights Defenders Network (SAHRDN) and its sister sub-regional networks, under the umbrella body of the Pan-Africa Human Rights Defenders (AfricanDefenders), reacted to the Africa Day celebrations by asserting that the celebrations offer a historic opportunity to remind AU leaders that “silencing the guns” and defeating Covid-19 are not just mutually reinforcing objectives, but are critical enablers of creating an inclusive and prosperous Africa, which is anchored on sustainable peace, justice, equality, human dignity and equal opportunities for all.

SAHRDN pointed out that Africa still lags in implementation of the human rights and developmental standards that it has set for itself. This mismatch between adopted standards and their implementation has led to the post-independence African states being unable to adequately transform and improve the lives of African people and the African continent.

A significant number of AU member states lack the political will to domesticate and implement many progressive protocols and instruments they voluntarily developed and adopted at various summits. Despite the existence of the frameworks and instruments such as the African Charter on Democracy, Elections and Governance, the AU Peer Review Mechanism, and the AU Governance Architecture Framework, unaccountable governance remains rife.

Corruption, organised crime including trafficking in people and precious resources, State Capture, money laundering and illicit financial flows continue with impunity and are part of the governance culture in many countries.

SAHRDN points out that these ills are the structural drivers of violent conflict and until they are dismantled in a systematic and sustained way, the vision of a conflict-free and fully developing Africa remains a pipe dream.

Libya has the world’s largest uncontrolled ammunition stockpile, with an estimated 150,000 to 200,000 tonnes of uncontrolled munitions across the country, meaning there is little hope that guns will be silenced any time soon.

In May 2020, at least 300 people were killed in a “fresh wave of intercommunal fighting in South Sudan”, in Jonglei state. Homes were destroyed, warehouses belonging to aid groups raided, and women and cattle abducted. A staggering 380,000 people have been killed in South Sudan’s civil war.

Amid this prolific intra-state fighting, South Sudan is not spared the ravages of Covid-19: Vice-President of South Sudan, Riek Machar, and several other members of the South Sudan Covid-19 task force have tested positive.

In Mozambique, as AU leaders were celebrating Africa Day, there were reports of insurgents carrying out “some of their most daring assaults, seizing government buildings, blocking roads, and hoisting black and white Islamic State flags in Cabo Delgado’s towns and villages. In the attacks, villages were burnt down and people beheaded. The militants also killed government soldiers before retreating into the bush.”

In Somalia, Amnesty International continues reporting on civilian casualties mounting “from the United States military’s secret air war in Somalia, with no justice or reparation for the victims of possible violations of international humanitarian law”.

During the Africa Day celebration week in the Central African Republic, where one in four Central Africans still remains either internally displaced or living as a refugee, fighting between rival militias left at least 25 people dead and 51 injured.

In March 2020, the New York Times reported that in the Sahel region “the Islamic State in the Greater Sahara, a potent armed group with loose ties to the Islamic State, has been conducting sophisticated attacks in the border regions of Mali, Niger and Burkina Faso. In the past four months, militants have raided four major military outposts in Mali and Niger, killing 300 soldiers”.

‘Low intensity’ conflicts: the violence of hunger and corruption

In Zimbabwe, a low-intensity conflict has raged on for over two decades, anchored in the failure to build a genuine multi-party democratic state.  Despite its immense economic potential, the refusal of the Zanu-PF elite to embrace political pluralism and tolerance has trashed the economy, and caused a social crisis that has degenerated into a humanitarian emergency: The World Food Programme has projected that over 9 million people are food insecure.

The current stranglehold on the opposition, including arbitrary arrests and detentions, enforced disappearances and abductions, torture, inhuman and degrading treatment, extra-judicial killings, resource and economic asphyxiation, politicisation of humanitarian support and weaponisation of the law all point in a direction towards a one-party state and an anti-democracy development.

The impact of this low-intensity conflict has produced the same results as a country going through a full-blooded war like South Sudan.

Since its return to democracy in 1993, Lesotho has been plagued by political instability. A never-ending low-intensity conflict has not given the country a chance to develop. The Southern African Development Community (SADC) deployed a Commission of Inquiry under the leadership of Judge Mpaphi Phumaphi that produced a set of recommendations that have not been fully implemented. Analysts say that South Africa’s “frequent involvement in Lesotho’s politics has not helped the mountain kingdom achieve lasting peace. Instead, it has had the unintended consequence of encouraging Basotho politicians to act in intransigent and inflammatory ways.”

From aspirations to real action

If guns are to be silenced, there is the need for the AU to be true to itself by acknowledging its glaring shortcomings rather than engaging in self-praise.

A united and prosperous Africa also requires respect for democratic governance, rule of law and dignity of its citizens. The AU needs to be people-centred and based on genuine commitment, and political goodwill. It is inexcusable for AU leaders to run the continent on aspirations only and not on concrete actions.

The big and unanswered question is how the AU vision can be achieved within the context of the current leadership or lack of it, and the current system of largely unaccountable governance in many parts of Africa. Now, there is a danger that Covid-19, which has once again exposed the inequalities in Africa, can further reinforce the already-existing trend to authoritarianism and may significantly undermine the AU’s objectives to silence the guns.

It is clear that the guns will not be silenced in 2020. The question is whether they ever will and what it would take to make peace and equal rights a reality rather than a political slogan?

The overly optimistic mood of the chairperson of the AU on Africa Day 2020 sounded fake. It was hollow, and meaningless amid the inequality, poverty and injustice that pervade the continent.

Civil society still believes that another Africa is possible. Civil society welcomes the dream of “silencing the guns”. But it will take a different brand of political leaders to achieve it. DM/MC

Arnold Tsunga is a human rights lawyer, director of the Africa Regional Programme of the International Commission of Jurists (ICJ) and the technical and strategy adviser of the SAHRDN. Tatenda Mazarura is a woman human rights defender (WHRD), a professional rapporteur and an election expert. Mark Heywood is editor of Maverick Citizen.