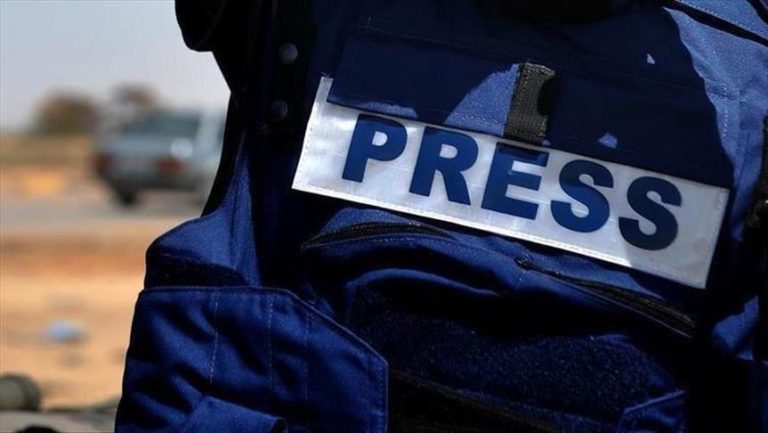 Posted at 11:27h in East & Horn of Africa by Gentrix Barasa
Share

This statement was first posted by DefendDefenders

DefendDefenders is concerned over a statement released by Somalia’s intelligence service, the National Intelligence and Security Agency (NISA), in which the agency accused renowned journalist, author, and Al-Shabaab expert Harun Maruf of being “a threat” to national security and contemplated legal action against him. We add our voice to the many, including Somali citizens, public figures, and members of civil society, who have expressed solidarity with Harun Maruf and support for freedom of expression in Somalia.

Harun Maruf is a veteran journalist. He regularly reports on Somali news and is an expert on terrorist organisation Al-Shabaab, the subject of his acclaimed book, “Inside Al-Shabaab.” He is active on Twitter and covers issues that are critical of the Somali government and Al-Shabaab. NISA’s statement accused him of working “outside the acceptable boundaries of journalism” and requested state institutions to cease collaborating with him, pointing to his contacts, although it did not specify details of its accusations against Maruf.

“We are deeply troubled by NISA’s statement, which sends a chilling message to all Somali journalists. The agency should immediately disclose details of its accusations against Maruf and explain how they relate to activities that are purportedly ‘outside the boundaries of journalism’,” said Hassan Shire, Executive Director, DefendDefenders. “Somalia should fully uphold freedom of expression and ensure that all journalists enjoy a safe and enabling environment in the run-up to elections.”

DefendDefenders stresses that journalists in Somalia and the Horn of Africa play a critical role, allowing citizens to fulfil their inalienable desire to be informed and to communicate. In a 2017 report, “Don’t Shoot the Messenger,”[1] DefendDefenders also discussed the challenges journalists face in the East and Horn of Africa sub-region, concluding that in many cases, they act as human rights defenders by speaking or writing in defence of human rights. Journalists are also critical in exposing enemies of freedom, including Al-Shabaab and other terrorist organisations.

Scholars and United Nations experts, including the Special Rapporteur on freedom of opinion and expression, have highlighted the importance of a safe legal and operational space for journalists, whistle-blowers, and others who release information into the public domain. This includes the confidentiality of sources.[2] Somalia remains one of the most dangerous places to be a journalist. In Reporters Without Borders’ last “World Press Freedom Index,” Somalia was ranked 164th out of 180 countries due to insecurity, attacks from Islamist militants, and an environment conducive to self-censorship and restricted media freedom.

[1] DefendDefenders, “Don’t Shoot the Messenger! Journalists as Human Rights Defenders in the East and Horn of Africa,” 2 November 2017, https://defenddefenders.org/dont-shoot-the-messenger-journalists-as-human-rights-defenders-in-the-east-and-horn-of-africa/ (accessed on 5 April 2020).

[2] Special Rapporteur on the promotion and protection of the right to freedom of opinion and expression, “‘Silence is too often the only safe option left’ – New UN report on sources and whistleblowers,” 22 October 2015, https://www.ohchr.org/en/NewsEvents/Pages/DisplayNews.aspx?NewsID=16635&LangID=E (accessed on 5 April 2020).