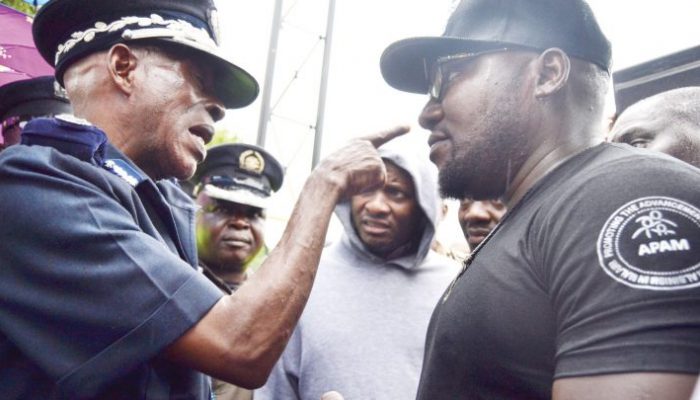 Posted at 12:35h in Southern Africa by Gentrix Barasa
Share

Southern Africa Human Rights Defenders Network (SAHRDN or the Defenders Network) urges the authorities in Malawi to not politically persecute legitimate Human Rights Defenders through judicial prosecution  and demands the immediate release of Timothy Mtambo, Gift Trapence and McDonald Sembereka.   The three appeared in court this afternoon, and the court deferred the bail hearing to tomorrow March 12, 2020. The accused are currently detained at the Maula prison, Area 15, in Lilongwe. SAHRDN  also calls on the authorities in Malawi to ensure safety and security of the detained Human Rights Defenders, and will hold the state to account with regards their protection.

With Malawi at the cusp of a fresh election, and a nation at the edge, – arbitrarily arresting legitimate Human Rights Defenders, and deliberating closing the civic space, which is the oxygen for citizen voices is not only regressive, but a threat multiplier especially in the context of a highly charged political situation. Human Rights and Civic Space Defenders are not criminals, and they do not deserve to be subjected to prison conditions. SAHRDN, therefore, calls on President Mutharika to address the roots causes of the current political crisis in Malawi. And assenting to the Electoral Reforms Bill, recently approved by the Parliament will be a good signal.

As we had flagged in our first statement (March 8, 2020) the arbitrary arrest and detention of the HRDs coincides with the presence of some Israelis believed to be with intelligence background, whose presence in Malawi is yet to be publicly explained despite the public outcry after it emerged that they are in the country at the invitation of the State House officials. As SAHRDN we have reasonable apprehension and fear for the lives of the arrested Human Rights Defenders given that anything is possible to be done against them while detained including torture, inhuman and other degrading treatment as well as possibilities of slow poisoning. This is more so, in the context where the President of Malawi, H.E. Peter Arthur Mutharika has publicly declared HRDC as a terrorist organization, and DPP secretary General Grezelder  Jeffrey and other pro-government, anti-rights groups in Malawi have threatened to kill Mr. Mtambo.

The three HRDC leaders are being charged with contravening section 124(1) (b) of the penal code “inciting another to contravene the law”. This is after the three addressed a press conference on March 6, 2020 encouraging citizens to embark on a protest to have the President of Malawi H.E. Mutharika assent to the Electoral Reforms Bill, which was recently approved by the Parliament.

SAHRDN calls on President Mutharika to exercise restraint, and stop threatening local and international Human Rights and Civic Space Defenders. SAHRDN also reminds authorities in Malawi  to respect their own constitution, the African Charter on Human and Peoples Rights and the United Nations Declaration on the Right and Responsibility of Individuals Groups and Organs of Society to Promote and Protect Universally Recognized Human Rights and Fundamental Freedoms, adopted by consensus by the UN General Assembly on 9 December 1998, which recognises the legitimacy of the activities of human rights defenders, their right to freedom of association and to carry out their activities without fear of reprisals. In particular, Article 5: “For the purpose of promoting and protecting human rights and fundamental freedoms, everyone has the right, individually and in association with others, at the national and international levels: (a) To meet or assemble peacefully” and Article 12 (2): “The State shall take all necessary measures to ensure the protection by the competent authorities of everyone, individually and in association with others, against any violence, threat, retaliation, de facto or de jure adverse discrimination, pressure or any other arbitrary action as a consequence of his or her legitimate exercise of the rights referred to in the present Declaration.”

Timothy Mtambo is a human rights defender and chairperson of the Human Rights Defenders Coalition (HRDC) which promotes citizen participation and organises peaceful demonstrations denouncing alleged irregularities in the presidential elections in May 2019.

Reverend MacDonald Sembereka is a human rights defender and coordinates the Human Rights Consultative Committee (HRCC), a network of local civil society organisations working on the accountability of government officials and promoting civil and political rights.