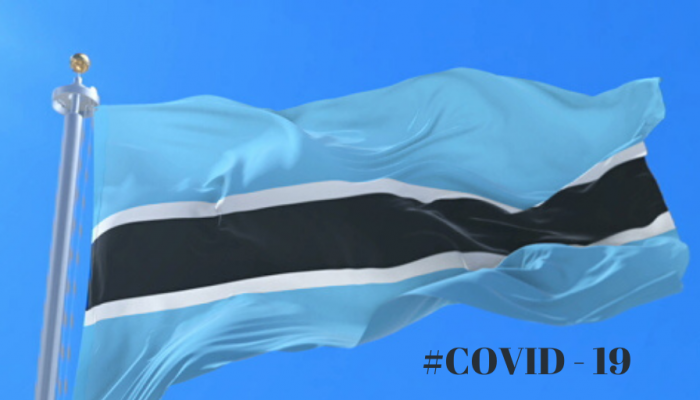 31 March, 2020
SAHRDN AND HURISA CALL ON BOTSWANA GOVERNMENT TO TAKE IMMEDIATE MEASURES TO PROTECT THE RIGHTS OF PEOPLE IN PLACES OF COVID-19 DETENTION

Posted at 05:22h in Southern Africa by Gentrix Barasa
Share

Today, the Southern Africa Human Rights Defenders Network (SAHRDN or the Defenders Network) and the Human Rights Institute of South Africa (HURISA) have jointly called on Botswana government to take immediate measures to protect the rights of people including children in places of detention. Credible reports and videos circulating on social media have shown that as part of the process of implementation of the drastic and arguably necessary measures to combat the spread of the COVID-19 virus, the authorities have created places to quarantine people entering the country through its borders. The places of quarantine are in addition to other places of detention such as prisons and formal detention centres before people are placed on remand. SAHRDN and HURISA have made preliminary findings that indeed some people have been detained under quarantine in circumstances where their human rights are being violated.

“For example, we understand that there is a shortage of toilet paper, soap, hand sanitizers and food for inmates. No tests have been done on those under quarantine and generally, the conditions are deplorable, likely to fuel sickness and spread of disease and could qualify as inhuman and degrading in violation of international law” said Corlett Letlojane Executive Director of HURISA and member of SAHRDN. “ While it is true that the world is facing through this COVID-19  disease a threat to the right to life and health at an unprecedented scale, the reaction of governments in Southern Africa and Botswana included must still comply with the human rights principles of legitimacy, necessity and proportionality” added Letlojane.

The government of Botswana recently announced a raft of measures it was taking in order to try and contain the spread of the COVID-19 virus and prevent the potential overwhelming of the health facilities in a way that would spell disaster for the country and its people. Some of the measures included travel restrictions, closing of borders and quarantining of returning citizens for 14 days. Botswana is the only country in Southern Africa that has not yet had a confirmed COVID-19 case and is understandably desperate to maintain this position. It has gone to the extent of ordering the quarantining of the State President Masisi after he made a trip to Namibia after the travel ban had been put in place.

“Countries are generally invoking exceptional powers to take quick measures that cannot be done by Parliament and that is understandable. The question is, what is the impact of such measures on the rule of law and effective checks and balances necessary to maintain democratic and human rights respecting societies” said Arnold Tsunga, the Chairperson of SAHRDN and Africa Director at the International Commission of Jurists. “We totally appreciate that ordinary people and the policy community are operating on the basis that the world is facing a public health crisis that is at a scale of an existential threat to humanity as we know it and that extra-ordinary measures are not just necessary but also popular but we should not stop to ask the question – what post COVID-19 world order do we need to inherit from a human rights perspective? ” added Tsunga.

SAHRDN and HURISA believe that given the high vulnerability and potentially irreparable harm that can be suffered by immigrants, detained persons, prisoners and people in custody that there is need for some procedure to ensure that such people who have been deprived of their liberty are able to have recourse to administrative and judicial remedies and oversight over their detention and conditions of such detention. Further, we call on the authorities in Botswana to immediately ensure sufficient space and amenities in such places of quarantine or detention including the provision of water and sanitation material, tissues, soap, food, blankets, toilets and sanitizers. The detainees and those in charge of such places must also be provided with protective material like gloves, masks as well as testing equipment to both minimize the risk of transmissions as well as for the mental health of the people in custody.

SAHRDN and HURISA have noted that a lot is happening at borders and airports and because of tight security, very few cases of egregious human rights abuses are being reported. There should be a standardized process of screening all travellers and those in isolation.  SAHRDN and HURISA therefore urge all Southern Africa Development Community (SADC) member states to treat those in voluntary or mandatory detention with dignity (ubuntu) and in line with international human rights standards and World Health Organisation (WHO) guidelines in times of epidemic crisis like this one. SAHRDN also recommends that the International Organisation on Migration (IOM) and the International Committee of the Red Cross (ICRC) should be seized with this issue now owing to the high vulnerability and helplessness of those in detention.