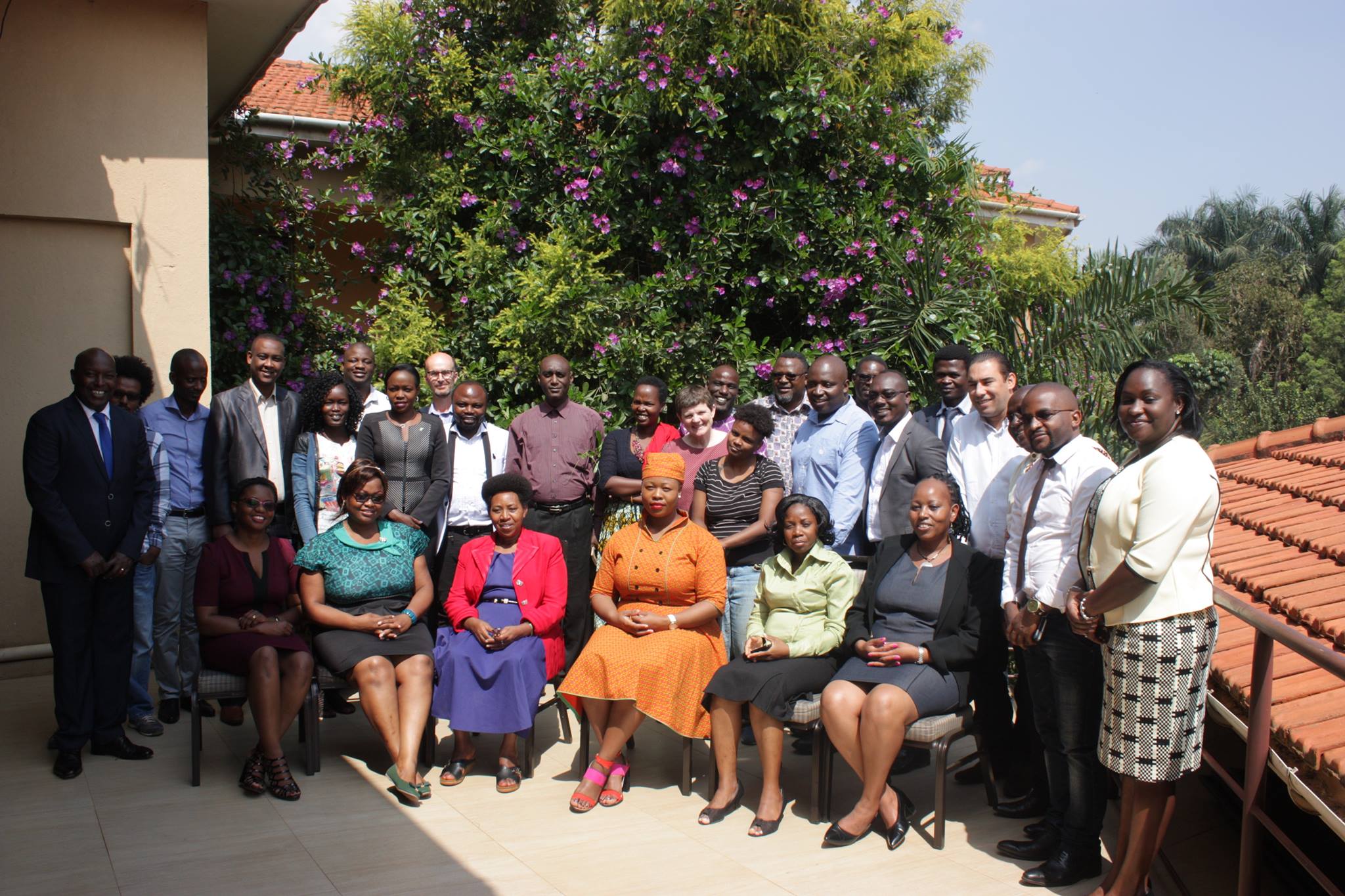 Kampala, Uganda — Thought leaders of the Pan African Human Rights Defenders Network (PAHRDN) from across East, Central, West, North and Southern regions of Africa gathered in Kampala, Uganda from 3 to 5 October 2017 to coordinate efforts to design and implement a functional and effective sub-regional support programme for human rights defenders (HRDs) facing imminent risk because of their work.

The thought leaders agreed on a unique and flexible model of safety hub programmes rooted in a collective commitment to protect the physical security, life, and liberty of HRDs on the continent.

The PAHDRN initiative is an effort driven by African civil society inspired by the Ubuntu spirit to effectively tackle threats to HRDs within the continent through creating safe (Ubuntu) spaces in Africa for HRDs. The Ubuntu spirit which inspires this project is part of the African philosophy of building communities to care about the humanity and dignity of others, in particular HRDs under distress, through the realisation of the reality that one is a human being because of recognition as such by other human beings.

Hassan Shire, Chairperson of PAHRDN and Executive Director of DefendDefenders, noted that the hub city programme would “dispel the notion that African HRDs can only get protection in Europe or North America. HRDs can find support here within the African continent and continue their human rights work closer to home.” 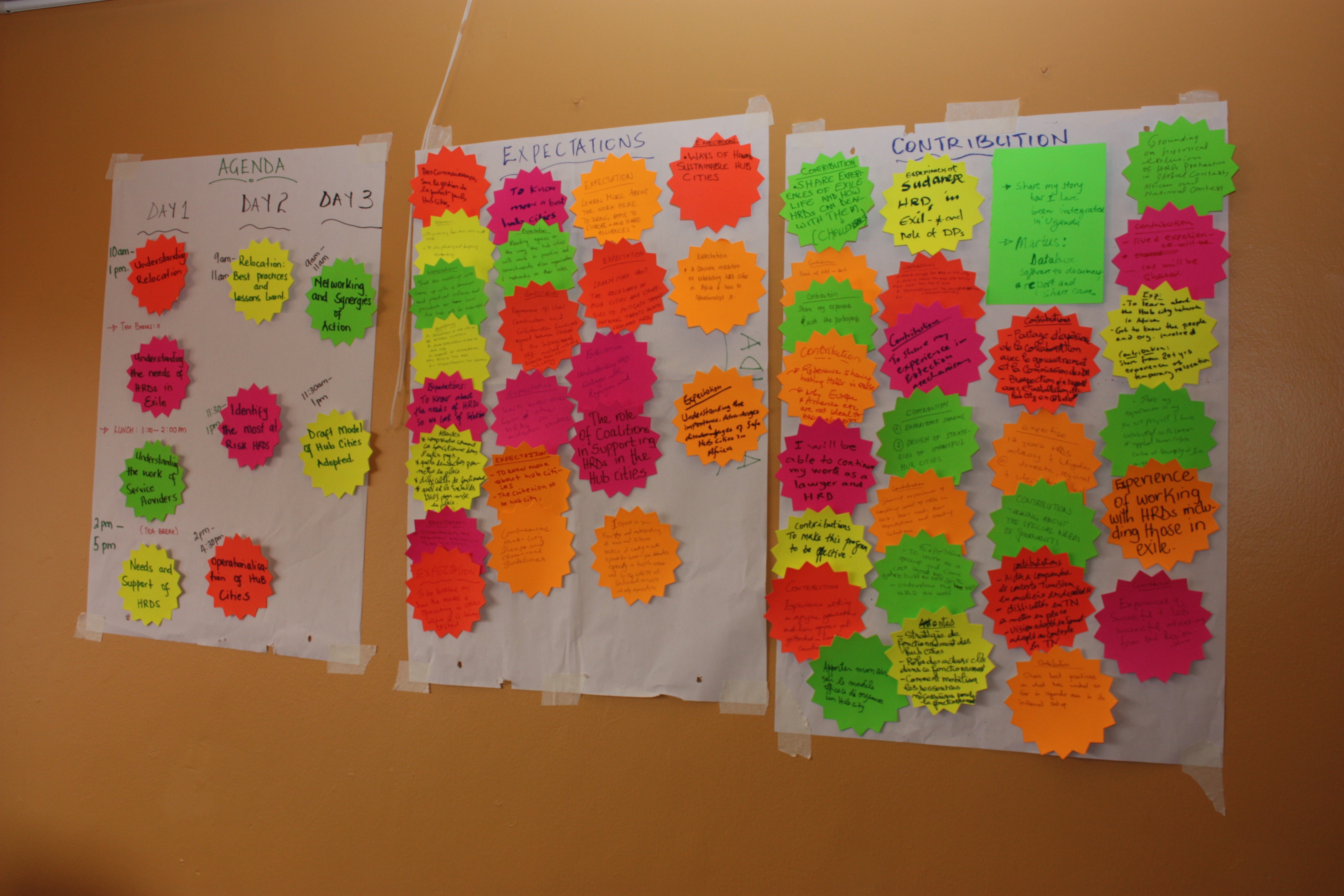 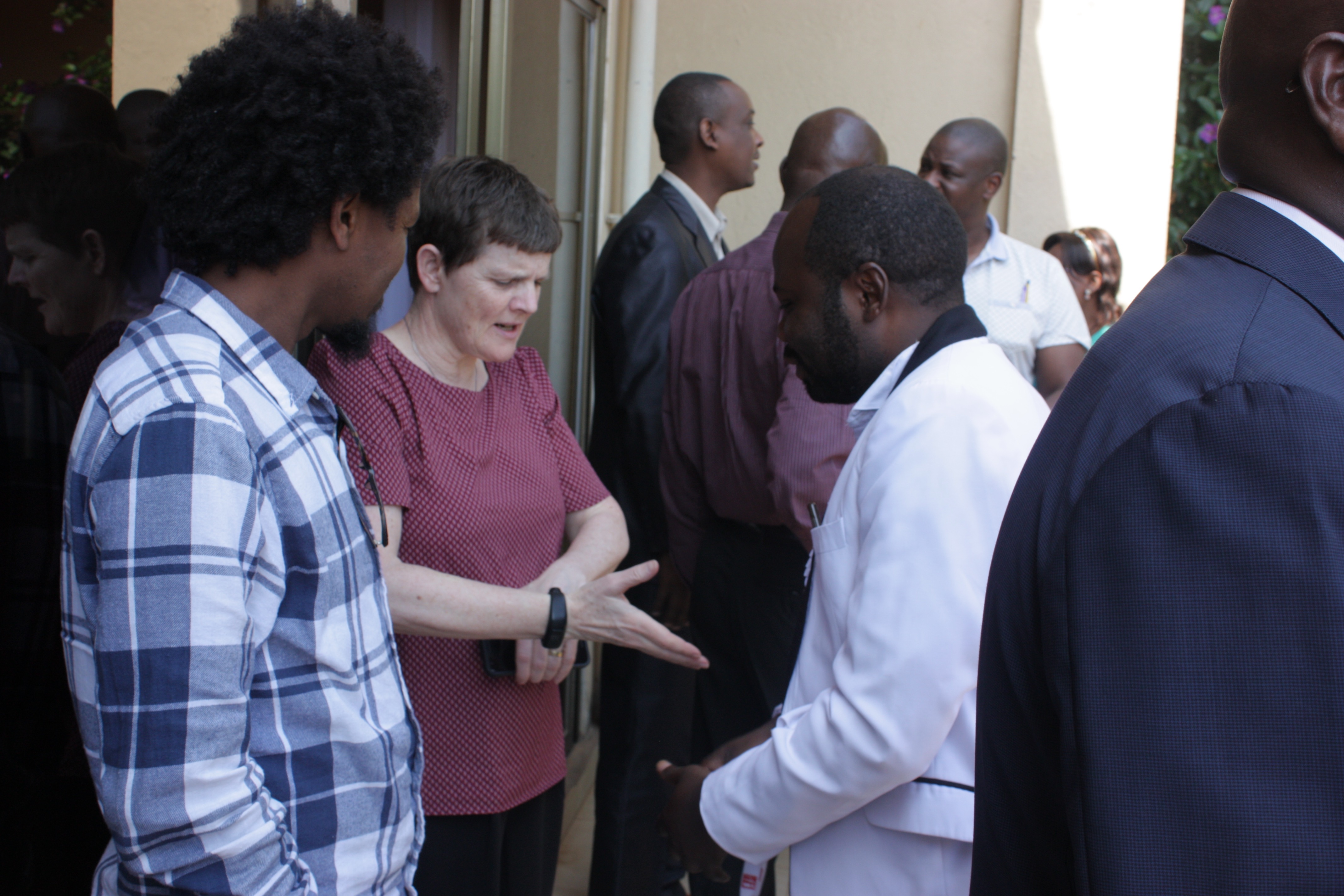 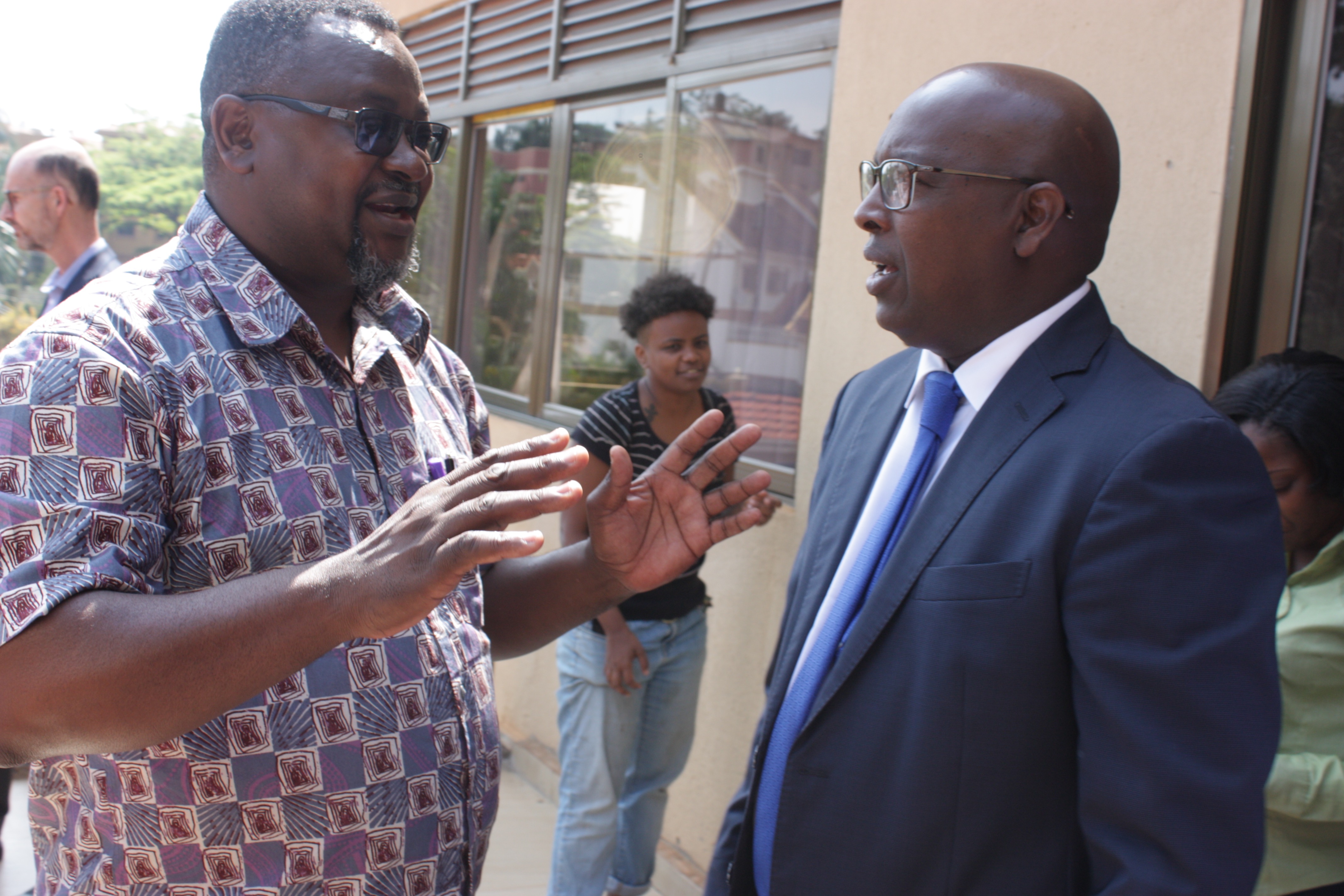 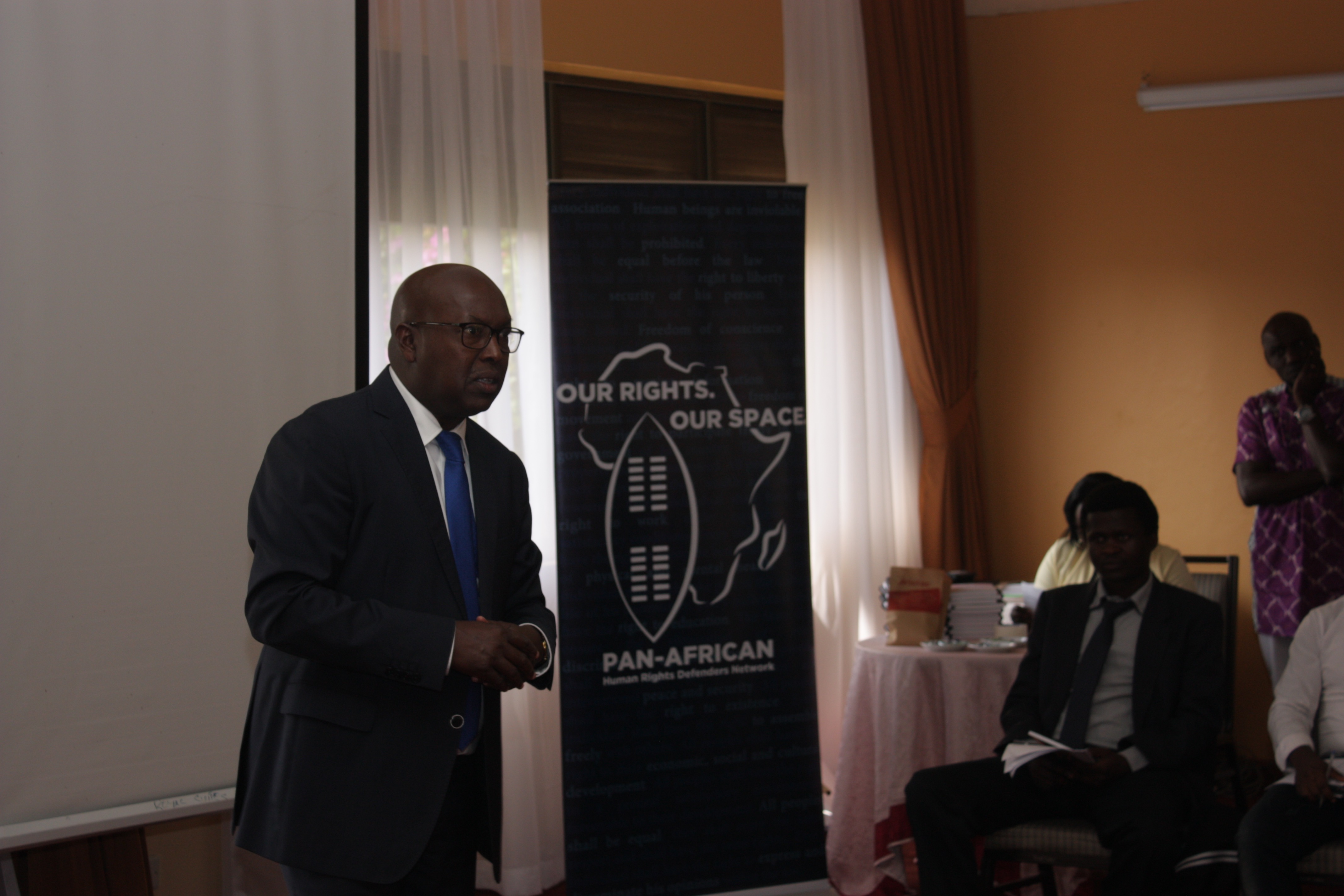 During the three-day meeting, network members engaged in lively and thoughtful discussions on particular aspects of the hub city programme, such as the various risks that proponents of human rights and good governance face, relocation as a safety measure, and the range of circumstances that can prompt internal or external relocation. Members further mapped out support structures and services needed to address the challenges HRDs may face during the relocation process.

The thought leaders concluded that building hub cities in the region based on geographical location, culture, and language was a viable initiative, and agreed on operationalization framework, including collaboration with governments, local governments (municipalities), universities, national human rights institutions, as well as national and regional HRD networks.

The workshop discussions were synthesized into an agreement on a model for the safety hub city programme which was adopted by all members in attendance on behalf of their networks. Network members will continue to collaborate in the coming weeks to refine the agreement and develop accompanying guidelines to support its operationalization in a way sensitive to local contexts.

“Participants are enthusiastic at the prospects of the hub city programme being operational. The operational parameters agreed at this meeting is really a huge first step towards realizing the hub city vision. It is a concept that has the potential to influence how other actors on the continent collaborate with one another”, said Arnold Tsunga, Chair of the Southern Africa Human Rights Defenders Network (SAHRDN) and Africa Director of the International Commission of Jurists.

The HRDs thought leaders extended special thanks to the International Cities of Refuge Network (ICORN), which sent a representative to share some lessons learnt as part of building cooperation with the PAHRDN.