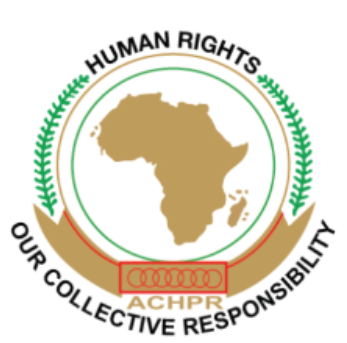 19 June, 2019
Reflections on the 64th Ordinary Session of the African Commission on Human and Peoples’ Rights

Posted at 06:21h in AfricanDefenders by Cristina Orsini
Share

My delegation attended the 64th ordinary session of the African Commission on Human and Peoples’ Rights (the Commission) from 24 April to 14 May 2019 in Sharm El-Sheikh, the Arab Republic of Egypt. It comprised human rights defenders (HRDs) from Algeria, Democratic Republic of Congo, Cameroon, South Sudan, Sudan, and staff from DefendDefenders and AfricanDefenders’ secretariat. Since 2009, we have consistently engaged with the Commission, and supported HRDs to participate at its ordinary sessions.

Additionally, the delegation participated at the preceding NGO Forum from 20-22 April. The Forum provided an opportunity for civil society participants to network, and discuss issues pertinent to human rights on the continent, within the context of the African Union (AU) theme for 2019: “Year of Refugees, Returnees and Internally Displaced Persons: Towards Durable Solutions to Forced Displacement in Africa.” It adopted several resolutions and highlighted positive and negative developments regarding the human rights situation across Africa. However, from the outset, it was clear that severe restrictions had been put on participants by the Egyptian government. Firstly, the Forum had one of the lowest attendance rates in years, owing largely to the fact that many hopeful participants had great difficulty obtaining travel visas for Egypt, or had their visas processed only after the Forum was underway. Second, the Forum featured no independent Egyptian civil society organisations (CSOs), and many other HRDs boycotted the Commissionaltogether due to Egypt’s paltry human rights record, which includes attacks against journalists and restrictions on domestic civil society. Third, while the Forum usually hosts a vibrant collection of civil society side-events, prohibitive pricing and an outright reluctance of nearby hotels to host events resulted in only one side-event being hosted. These hard and soft restrictions on behalf of authorities are in clear violation of Article 11 of the African Charter on Human and Peoples Rights and the Guidelines on Freedom of Association and Assembly of the African Commission on Human and Peoples’ Rights. While the Commission’s Chairperson later expressed regret and apologies to all civil society stakeholders who experienced difficulties in obtaining visas despite guarantees from Egypt prior to the session, this restrictive environment curtailed the work of HRDs at this session. These concerns were highlighted in a protest letter to the Commission issued by participants of the NGO Forum. While the Forum generally provides civil society with an informal environment in which to meet and discuss strategies, this year’s Forum felt decidedly empty, with those few participants lacking adequate venues for fruitful discussions and presentation of their work.

We nonetheless used the opportunity to spearhead several key meetings between Sudanese and South Sudanese HRDs and UN Special Rapporteur on the situation of human rights defenders, Michel Forst, and Clément Nyaletsossi Voule, United Nations Special Rapporteur on Rights to Freedom of Peaceful Assembly and of Association. These meetings allowed HRDs to discuss their concerns directly with key stakeholders and make concrete recommendations to address severe ongoing human rights abuses in their home countries.

In collaboration with the International Service of Human Rights (ISHR), we co-organised a panel on the situation of HRDs who defend the rights of people on the move. As HRDs can themselves become victims of displacement, we discussed with Mr. Forst and Mr. Voule the plight of exiled HRDs in Africa per previous research findings, and highlighted our Ubuntu Hub Cities initiative, which enables HRDs to safely relocate on the continent and continue their work.

During the Commission, we submitted our Bi-Annual Report detailing the state of human rights in the East and Horn of Africa sub-region, and listing violations of freedoms of association, expression, and peaceful assembly in each of its 11 mandate countries between October 2018 and April 2019. A total of 37 NGOs with Observer Status with the Commission made statements on the human rights situation in Africa. In a joint statement, DefendDefenders and AfricanDefenders provided an overview of the human rights situation in the East and Horn of Africa, highlighting the deteriorating situation in Tanzania and Sudan, acknowledging positive developments in Ethiopia, and expressing gratitude for the support extended by Cote d’Ivoire, Tunisia, and South Africa to the Ubuntu Hub Cities initiative.

The human rights situation in Sudan remained at the top of our agenda as we closely monitor the unfolding situation. This session provided space for Sudanese HRDs to interact with key stakeholders and work with colleagues to formulate a more comprehensive action strategy. AfricanDefenders also undersigned an open letter to the Government of Cameroon highlighting the government’s attacks and reprisals against international and regional human rights organisations, and gross human rights violations in certain regions of the country.

The Commission adopted eight resolutions, including on the Human Rights Situation in the Republic of The Sudan – the latter of which remains incredibly relevant given ongoing developments in the country as citizens seek a civilian-led government since the overthrow of dictator Omar al Bashir in April 2019. The resolution calls on Transitional Authorities to, among others, protect the right of citizens to participate freely in the government, uphold the fundamental human rights and freedoms of citizens, refrain from the use of excessive force against protestors, and conduct independent investigations into alleged human rights violations and hold perpetrators accountable. Other relevant country resolutions were adopted on Benin, Algeria, Libya, and Mali, as well as a resolution on the Abolition of the Death Penalty in Africa.

The Commission commemorated the 50th Anniversary of the Organisation of African Unity Convention Governing the Specific Aspects of Refugee Problems in Africa. On this occasion, it awarded trophies and certificates of recognition to State Parties, including Algeria, Ethiopia, Kenya, Uganda, and Sudan for their efforts on refugee rights. The Commission also paid tribute to Honourable Commissioners Maïga Soyata, outgoing Chairperson, Lawrence Murugu Mute, outgoing Vice-Chairperson, Yeung Kam John Yeung Sik Yuen, and Lucy Asuagbor, whose terms in office come to an end in 2019. We join our voice in thanking them for their work in the advancement of human rights on the African continent.

The work of the Commission remains critical to the achievement of the major objectives of the AU, including aspiration three of the AU Agenda 2063: “an Africa of good governance, democracy, respect for human rights, justice and the rule of law.” The Commission is crucial in defending institutions set up to promote and protect human rights, and acts as a crucial regional mechanism for HRDs and victims of human rights violations to seek justice on a continent where domestic mechanisms are often ineffective. We urge Commissioners and other members to work to maintain the prestige and independence of this body, and ensure that host countries cannot brazenly defy its guidelines with such impunity, especially during ordinary sessions. In the future, we suggest that a more stringent approach to choosing host countries be applied, so as to not alienate civil society participation or encourage States that publicly violate human rights.

Our work at the Commission remains a priority and we pledge to continue supporting the Commission to achieve its objectives to protect and promote human and peoples’ rights as stipulated in the African Charter.