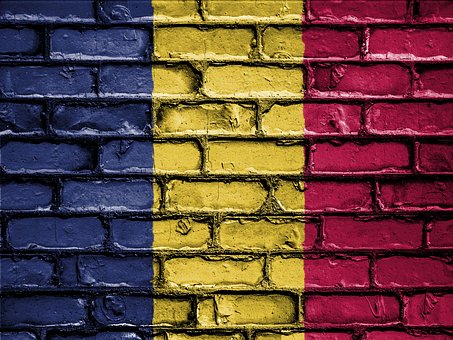 21 April, 2020
Press Release of the Secretary General of the Human Rights and Environment Alliance in Chad (ADHET)

Posted at 05:45h in Central Africa by Gentrix Barasa
Share

Ladies and gentlemen journalists, we are going through with the world increasingly difficult times. And as we speak, hundreds and thousands of human beings fall and others suffer horribly in hospital structures around the world. And we are far from completely spared reason why we should be concerned more and more carefully. Unfortunately, it is in these times when the highest authorities in the country are doing everything to protect the people that the Boko Haram cult chose to crack, believing to put the national army into trouble. Unfortunately! Acting like this to score is not knowing the National Army of Chad. And the most relentless response under the high command of the Head of State, Supreme Chief of the Armed Forces will destroy them completely.
To this end, we would like to support our most support to our army at total war against these obscurantist and to the President of the Republic who at this very moment took the lead of Operation Anger of Bohoma. This most ultimate and highly patriotic decision is proof of a President of the Republic who is not only on the socio-economic terrain like his recent tour in the south of the country with the launch of several development projects, but also on the health response ground with the setting up of a High-level Committee against the-19 with a budget of 15 billion of our francs.
Ladies and gentlemen journalists, non-respect for measures, passion and the immoral exploitation of this pandemic situation, let’s talk about it, so much is getting worse despite adequate preventive measures taken by the government. Today, it is general finding that barriers and protection measures, although necessary for the protection of human life, create confusion or confusion with amplified statements by some organizations calling for the relaxation of these measures on the one hand, and

socio-economic consequences, no doubt about the price of products of any kind and even food on the other.
Ladies and gentlemen journalists, how in a context like this, where human conscience is strongly arrested, can we choose to increase the price of products? Yet, through the Ministry of Industrial Development, Commercial Development and Private Sector Promotion, the Government has set and published maximum selling prices for local and imported food products in N ‘ Djamena. But against all expectations, merchants and other sellers have chosen to increase product prices. This irresponsible attitude to the inhuman limit cannot continue. That is why, as a human rights promotion and defence organization, this improper situation is of great concern to the Alliance of Human Rights and Environment defenders in Chad, ADHET and forces us to hold this press point.
Thus, measuring this wildly mercantilist behaviour of corrupt merchants and given that this health crisis due to coronavirus has gone to last, we believe that it takes an adequate strategy beyond a simple price setting with a call number that does not solve any problem. For this reason, ADHET calls on large Chadian importers to work with the government as well as the local representation of the World Food Programme (WFP) and the World Health Organization (WHO) for the implementation of a medium-and medium-scale food plan. long term including the availability of first aid drugs that will soon be in the near future. And the Crisis Management Committee must use some of the emergency funds available for the supply of first necessities in case an extremely difficult situation can be settled.
In addition, the ADHET believes that the Committee should not only sit on the Presidency of the Republic. For this reason, the current operating pattern needs to be reviewed in that this committee must be decentralized through district relay as a second compensate with neighbourhood relays as a third of and finally square meters like the final implementation of which all coordination and decisions would be in the Central Committee.

This mode of organization and operation with a total grid of N ‘ Djamena can be used as a tool for monitoring prevention, warning management and monitoring measures. At the same time, such an organization could be used in the event of a social plan with a chain of solidarity to intervene in needy households or homes.
Ladies and gentlemen journalists, this would only be possible if the communes of districts, the social and political actors and the press are involved in the creation and operation of these relays. To the extent that a global health issue can only be the exclusive matter of the government or a committee that is aware of our social and economic situation and the habits of our people. A global health situation requires a comprehensive response.