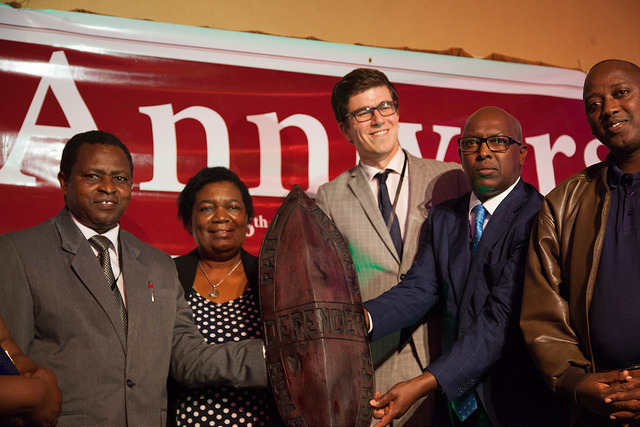 Posted at 14:50h in AfricanDefenders by Cristina Orsini
Share
The Pan-African Human Rights Defenders Network has re-opened nominations for the 3rd edition of the African Human Rights Defenders Shield Awards. The award will honour exceptional individuals who have contributed to changes in their community by peacefully promoting and protecting human rights.
Six awards will be presented, one overall award (Pan-African Shield Award) and five sub-regional awards (East and Horn of Africa Shield Award; West African Shield Award; Southern Africa Shield Award; Central Africa Shield Award; Northern Africa Shield Award).
To make a nomination please fill out one of the online forms below. Nominations will be open until 15 March 2019. Both individuals and organisations are eligible for the award.
* English | Français | Português  *
Nominations made during the previous nomination period (June to September 2018) are still valid and will be taken into consideration for the 3rd edition of the Awards without needing to re-apply.