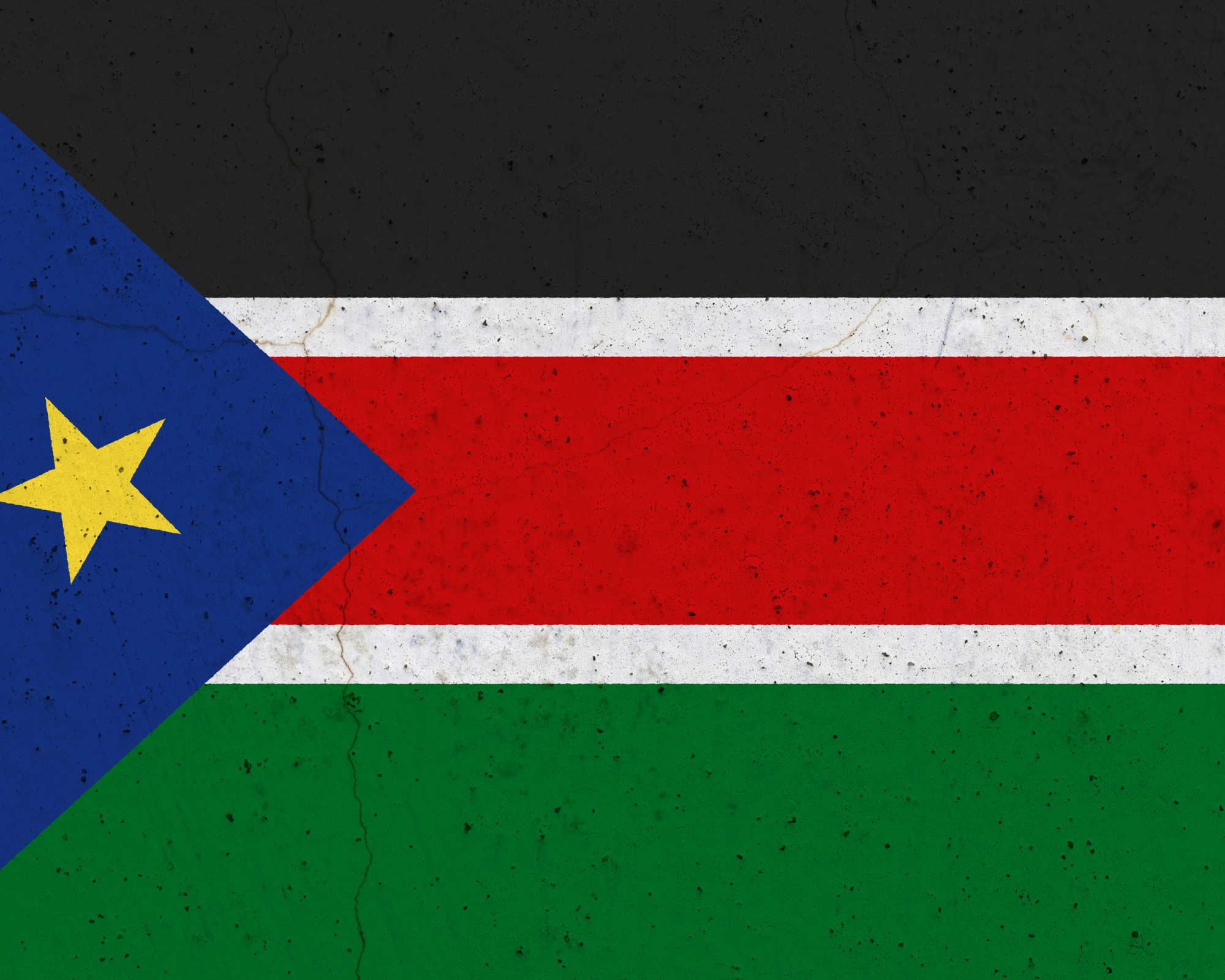 10 February, 2022
NGOs call to sup­port the extension of the full mandate of the UN Commission on Human Rights in South Sudan

Posted at 07:53h in AfricanDefenders by Gentrix Barasa
Share

Re: Extend the mandate of the UN Commission on Human Rights in South Sudan

We, the undersigned non-governmental organisations, write to urge your delegation to sup­port the extension of the full mandate of the UN Commission on Human Rights in South Sudan (hereafter “Commission” or “CHRSS”) at the upcoming UN Human Rights Council’s (“HRC” or “Coun­­cil”) 49th session (28 Feb­­ruary-1 April 2022).

The CHRSS is the only mechanism tasked with collecting and preserving evidence of vio­la­tions of inter­na­tional humanitarian and human rights law with a view to ensuring accountability and ad­dres­sing human rights and transitional justice issues in South Sudan from a holistic perspective. Its work remains vital as the country prepares for elections in 2023, violence remains per­va­sive, and South Sudanese civil society faces intensifying repression.

In 2021, the Council adopted two resolutions focused on South Sudan. For the first time, the reso­lution extending the mandate of the CHRSS[1] was not consensual. At the request of the South Suda­nese Government, a vote took place. On the same day, a second resolution, focused on technical assistance and capacity-building,[2] was adopted. While this disappointing outcome, which results in the hold­ing of twice as many debates at the Council’s 48th and 49th sessions, should not be considered a precedent, we stress that any merger in 2022 should not happen at the expense of a strong inves­tigative mandate.

Victims should have the opportunity for justice for international crimes committed.  The continuation of the CHRSS’s mandate is the best means to safeguard future accountability in the absence of con­temporary criminal prosecutions and at least until the Hybrid Court for South Sudan (HCSS) is func­tional.

With resolution 46/23, the Council reaffirmed the importance of the mandate of the CHRSS and ack­now­led­ged that “demon­s­trable progress in key human rights issues of concern is critical to any future change to the mandate of the [CHRSS].”[3] Unfortunately, progress on key human rights issues of concern has not been reported by the CHRSS, the Office of the UN High Commissioner for Human Rights (OHCHR), or other independent actors, including in the framework of the second track, in rela­tion to resolution 46/29.[4]

Our organisations have continued to monitor the situation with concern, as authorities embarked on a new wave of repression against peaceful protesters,[5] continued harassing civil society actors,[6] and carried out at least 52 extrajudicial executions.[7] Social and economic rights are in a dire state and embezzlement of public funds fuels violations of these rights.[8] Impunity and high levels of violence persist, including a five month-long attack by armed groups against civilians in Western Equatoria state that killed dozens and displaced tens of thousands.[9]

When they signed the 2015 Peace Agreement, and more recently the 2018 Revitalised Peace Agree­ment for Resolution of the Conflict in the Republic of South Sudan (R-ARCSS), parties committed to ensuring justice for crimes under international law and human rights violations and abuses. The Afri­can Union and the Inter­govern­men­tal Authority on Development (IGAD) sup­por­ted this ap­proach. Afri­can human rights bo­dies have also called on parties to im­ple­ment Chap­ter V of the Agree­ment,[10] in which the parties committed to establishing a hybrid court, a truth commission, and a com­pensation and reparation authority. Despite obligations and numerous commitments and pro­mises by the parties, none of the mechanisms has been established.

This is not the time to change the Council’s approach, or to relax its scrutiny. The mandate of the CHRSS remains critical and should continue until such a point as demonstrable progress has been made against human rights benchmarks and accountability, and based on an assessment of risk factors of further vio­la­tions. In this regard, the Framework of Analysis for Atrocity Crimes,[11] with its risk fac­tors, is a key tool.

The Council should empower the Commission to continue its work under all aspects of its man­­date: inves­tiga­tion, collection and preservation of evi­dence, monitoring, re­por­­ting, technical cooperation, and advice on transitional justice. Until the Hybrid Court for South Sudan is fully operational and functional, the Council should ensure the rene­wal of the mandate of the CHRSS to secure the collec­tion and preservation of evidence of serious crimes committed since 2013, on behalf of victims and with a view to transferring such documentation to independent and competent judicial authorities in the future.

Any technical assistance or capacity building requested by South Sudan can be, and already is, offered as part of the annual resolution extending the CHRSS’s mandate. However, a purely technical assis­tance and capacity-building focus, as proposed in resolution 46/29 of 2021, would be unsui­ta­ble to tackle South Sudan’s many and serious human rights challenges and would risk further emboldening those who perpetrate the most serious crimes.

In this context, we reiterate previous civil society recommendations[12] and urge the Council to continue its meaningful ac­tion on South Su­dan by extending the CHRSS’s mandate in full for a further year.

We thank you for your attention to these pressing issues.

More than three years since the signing of the R-ARCSS, South Sudan continues to face major human rights, hu­ma­­ni­tarian, security, governance, impunity, and economic issues. As the CHRSS highligh­ted on the tenth anniversary of the country’s independence, “[f]or ordinary civilians, much of the past decade has been marked by brutally violent conflict and on-going human rights violations.”[13]

Fighting continues in parts of the country, including with opposition groups who refuse to sign the R-ARCSS, in Yei and in other parts of the Equatorias. Nine of the country’s ten states remain engulfed in violence.[14] In Tambura, parts of Warrap, and Jonglei/Grea­ter Pibor, politically instigated and sup­por­ted violence between community-based militias and youth groups threa­ten people’s safety, hu­man rights, and livelihoods. The violence is fuelled by disputes over land and liveli­hoods, grie­van­ces over past atrocities, arms trafficking, dis­­pla­cement, and governance-related is­sues, which constitute signi­ficant risk factors of human rights and humanitarian law violations. In the Commis­sion’s words, “con­si­de­rable work remains to be done to ensure that South Sudan does not slide back into violent national conflict.”[15] Last September, the UN High Commissioner for Human Rights also expressed her deep concern over “high levels of violence attributed to community-based militias.”[16]

Conflict has been accompanied by grave violations and abuses, which continue to take place with im­punity. These include sexual violence, which remains widespread despite the launch of an Action Plan for the Armed Forces on addressing conflict-related sexual violence, on 19 June 2021.[17] Con­flict-related violations include deliberate starvation of civi­lians, recruitment and use of children in armed conflict, and attacks on civilian in­fra­structure, which may amount to cri­mes under international law.

In 2021, dozens of abductions and enforced disappearances, as well as a wave of extrajudicial exe­cutions, have also been re­ported. CHRSS members have highlighted a “near total absence of the rule of law” in relation to these incidents.[18]

Impunity for human rights violations and abuses and violations of international humanitarian law, per­­petrated since the start of the conflict, in December 2013, in particular at more senior levels of responsibility, remains the norm.

The humanitarian situation, including displacement, denial of hu­ma­nitarian access, and attacks against humanitarian personnel, remains of grave concern. Over 80 per cent of the population lives in extreme poverty.[19] Eight million South Sudanese are currently dependent on aid. Over half the population is food insecure, of which one third are severely food insecure.[20] Corruption, embezzle­ment, bribery, and misappropriation of public funds fuel vio­la­tions of economic, social and cultural rights, as the State is unable to fulfil even minimum essential levels of these rights. Illicit gains from economic crimes are also a driver of armed conflict.[21]

Key elements of the R-ARCSS remain unimplemented.[22] The transitional justice institutions envi­sio­ned in Chapter V of the Agreement are yet to be establi­shed, despite promises and the parties’ obli­ga­tions to operationalise the Commission for Truth, Reconciliation and Healing (CTRH),[23] the Com­pensation and Reparation Authority (CRA), and the HCSS.[24] The overwhelming majority of per­pe­trators of crimes under international law have faced no consequences for their actions. Over three years after the signature of the R-ARCSS and almost seven years after the signature of the initial peace agreement, lack of investment in, and reform of, the justice system and lack of lea­der­ship in establishing justice ins­titutions can only be interpreted as deliberate and indicative of a lack of poli­ti­cal will to ensure truth, justice, and reparations.[25] This further entrenches impunity and em­bol­dens violations and abuses.

The few positive developments of the last period (South Sudan’s first ever treaty body re­view,[26] the continued work of the CHRSS despite the March 2021 non-con­sensual out­come, and the formal esta­blishment of a specialised court for sexual and gender-based vio­lence) are overshadowed by the lack of progress on improving the country’s human rights situation, including an intensifying crack­down on civic space and civil society actors.

After authorities prevented the holding of country-wide peaceful protests against the country’s leader­ship and arrested religious figures, civil society actors, and real and perceived members of the Peo­ple’s Coalition for Civil Action (PCCA), a civic coalition,[27] in August 2021, the High Commissioner regretted “restrictions […] on civic space and people’s rights to express their views and opinions” and “strongly encourage[d] the Government to open up civic space and to refrain from restricting [fundamental rights and freedoms].”[28]

National Secu­rity Service (NSS) officials deliberately target civil society. The threats, harassment and intimidation of human rights de­fenders, journalists and other civil society actors include threats to their lives and harass­ment of their colleagues and family members, as well as arbitrary detentions and raiding of premises.

There is fear that violations against independent and critical voices will increase in the pre-election period. General elections, which were to take place in 2022 as per the R-ARCSS, are planned for 2023.[29]

[22] The security sector remains disintegrated and fragmented. Factions have failed to establish a joint army and command structure and to initiate joint training of national armed forces, as provided for in the Revitalised Agreement. Desertions are wi­de­spread. See OHCHR, “Statement by Yasmin Sooka,” op. cit.

[23] In June 2021, a Technical Committee on the CTRH was launched with the technical support of South Sudan’s UN partners (see OHCHR, “Statement by United Nations High Commissioner for Human Rights,” op. cit.).

[24] In January 2021, the South Sudanese Government approved a plan by the Ministry of Justice and Constitutional Affairs to start setting up Chapter V institutions, including the HCSS (Eye Radio, “Cabinet approves establishment of hybrid court,” 30 January 2021, https://eyeradio.org/cabinet-approves-establishment-of-hybrid-court/ (accessed on 11 January 2022)). However, the Government has repeatedly delayed and obstructed the process of establishing the Court. The January 2021 announcement follows similar types of earlier announcements, which were followed by no action.

[26] OHCHR, “Experts of the Committee on the Elimination of Discrimination against Women Commend South Sudan’s Progressive Legislation for Women, and Ask about Sexual and Gender-Based Violence and Conflict-Related Sexual Violence,” 4 November 2021, https://www.ohchr.org/EN/NewsEvents/Pages/DisplayNews.aspx?NewsID=27769&LangID=E (accessed 9 January 2022).