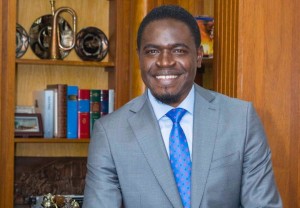 27 May, 2020
Mtetezi Article of the Month by Nelson Havi, President Law Society of Kenya

Posted at 14:55h in East & Horn of Africa by Gentrix Barasa
Share

This article was first posted by Defenders Coalition

I have no doubt in my mind that Covid-19 is a devastating disease. It is a pestilence of mass decimating capacity, comparable perhaps to the Spanish Influenza. The Government’s financial ability to deal with the emergency is undisputed. There is more than enough money to deal with the virus. I, however, have profound misgivings in the Government’s commitment in containing the pandemic.

The question is capacity, commitment, accountability and public trust. Does the Government have the savoir faire and wherewithal to save us? Who or what should we truly fear? It commenced with self-isolation and moved to forced quarantine. Then came the curfew and restrictions of movement. All these were undertaken without a legal framework or in disregard of the law. Covid-19 Rules and Regulations were hurriedly drawn and gazetted in a rushed attempt to cure the illegality of the Government’s actions after commencement of court action. Parliament was not consulted and when later consulted, rubberstamped without inquiry.

Today, the Covid-19 Emergency Response Committee mandated the IG of Police to do the unthinkable. The IG is to establish a containment camp for curfew violators. Should this be challenged in Court? Will the case be belittled as populist, insensitive and ignorant? Will the Court endorse the transgression because the Government is combating an emergency whose effects we do not know? Will it say that the Government knows what is best in the circumstances?

The penalty for violating a curfew is prescribed by law. It is a fine not exceeding ten thousand shillings or to imprisonment for a term not exceeding three months, or to both. Police subjected violators to corporal punishment on the first day of the curfew. Many were maimed, several died. The Court found in favour of the LSK on this issue. It however, did not hold the IG personally liable. Who else should be responsible for police overreach if not their Commander?

In 1952, Sir Evelyn Baring declared a state of emergency in Kenya to contain the Mau Mau uprising. Sir Baring closed down Nairobi. Concentration camps were set up outside Nairobi, mainly in Central Kenya. Murder, imprisonment, torture and inhuman conditions defined the enforcement of the curfew then. These atrocities are yet to be remedied.

There have been more brutalities perpetuated in the name of concentration camps. The horrors of the Hola concentration camps are well document in history. The Wagalla massacre and many others are chronicled in the Truth Justice and Reconciliation Commission Report. Will there ever be reprieve?

One cannot know where he is going unless he remembers where he has come from. On 15th March, 2020, the IG was given power to decide the rights of arrested suspects. It took the intervention of the LSK to remedy the dereliction of duty and infraction of the Constitution. Many innocent people had suffered in the hands of police by the time the decision was reversed on 15th April, 2020.

The Emergency Response Committee has no power to mandate the IG to establish a containment camp for curfew violators. How can such a preposterous and unlawful idea even be contemplated in a constitutional democracy? A while back, the Cabinet Secretary in charge of Health declared that anyone found outside during curfew hours will be deemed to have been infected with Covid-19 and quarantined. Many have been so quarantined notwithstanding the illegality of the declaration. Victims of this action may have no reprieve if the Court decision on the curfew is anything to go by.

It is high time Kenyans started questioning the propriety of some of the measures taken in containing Covid-19. Parliament and the Judiciary are reluctant to intervene. While no one knows where the river comes from or where it goes, everyone knows when the river has broken its banks. It is then that one must run to higher ground. You are on your own, headed to Covid containment camps. The river has broken its banks