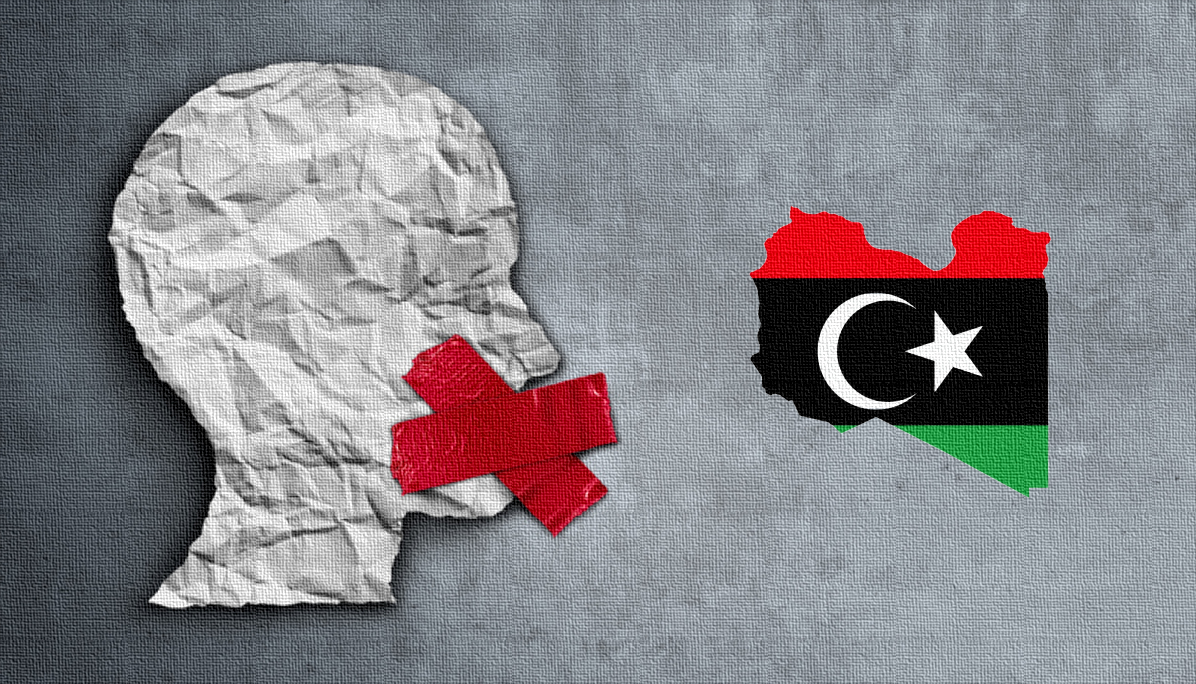 12 May, 2022
Libya: Authorities in East and West Unite in Imposing Crackdown on Civil and Political Freedoms

Posted at 12:03h in AfricanDefenders by Gentrix Barasa
Share

In recent months, security institutions and armed groups throughout Libya have led a virulent campaign against freedom of expression and association, specifically targeting independent civil society and free thought. Groups and individuals affiliated with a Madkhali-Salafist religious current within the Tripoli-based Internal Security Services (ISS) have been prominent in this crackdown using Ghaddafi-era laws and moral and religious justifications. Instead of opposing these attacks, the Civil Society Commission (CSC) has supported and enabled their attempts to track and terrorize independent civil society.

These actions indicate a widespread and systematic plan to repress and control freedom of expression and association in order to suppress independent organisations and human rights defenders in the country and to impede the work of those outside Libya. The illegitimate and vastly disproportionate charges made against detained individuals, who risk the death penalty, are clearly meant to defame and intimidate peaceful activists.

While both authorities are vying for control of the country, they appear to share the common objective of eliminating critical and independent voices and establishing an environment of fear and intimidation, thereby further threatening the political process and the legitimacy of any upcoming elections.

The undersigned organisations call on the international community to condemn these alarming developments and to demand that Libyan eastern and western-based authorities immediately stop their attacks on what remains of civic space in Libya. Respect for fundamental freedoms and the rule of law must be a priority within any credible electoral process, and Libyan authorities must ensure that civil society organisations, activists and journalists are able to conduct their work free from undue restrictions and fears for their safety. Within that context, a renewal of the mandate of the United Nations Fact-Finding Mission (FFM) in June 2022 is critical to continuing to expose abuses impeding the Libyan people’s aspirations for peace and democracy and to deter further violations by strengthening accountability mechanisms.

As denounced in a previous publication, between November 2021 and March 2022, the Tripoli-based Internal Security Services (ISS) arrested at least seven young men, including human rights defenders, in what became known as the “Tanweer case”, which led to hate speech, defamation and incitement to violence online against these individuals and Libyan civil society at large, accused of spreading “immoral” values within Libyan society.

On 10 March, the ISS stated that there was a conspiracy against Libya organised by these individuals and their affiliated organisations, a conspiracy carried out in cooperation with the international community. On 26 March, the Tripoli-based General Attorney Office published a statement confirming the launching of an investigation into the Tanweer movement by the ISS and their prosecution for “calling for the abandonment of religion” and “attempting to destroy one of the fundamental structures of the social order”. At least six of the individuals arrested have since been brought before an investigative judge of the Tripoli criminal court and are facing charges under Article 207 of the Penal Code, under which they risk the death penalty. They are reportedly detained at the Mitiga detention facility run by the Radaa Special Deterrence Force.

This campaign was supported by a defamatory religious discourse from the Ministry of Religious Affairs of the Government of National Unity (GNU) vilifying civil society, activism and feminism. On 24 March, the Ministry of Religious Affairs ordered all imams across Libya to deliver Friday sermons on the “dangers of atheism” which smeared members of civil society and activists, accusing them of being atheists opposed to religion.

The Tripoli-based Civil Society Commission (CSC) also enabled this crackdown. On 27 March, the CSC issued a statement confirming its full support for the campaign of arrests, describing the Tanweer movement as an illegal organisation working against the “values of Libyan conservative Muslim society”. In this statement, the CSC also made several problematic assertions in direct contradiction with international standards on freedom of association. The CSC stated that “community security” was part of the tasks of Libyan civil society and that this latter was subjected to a “cultural vision” more than to laws and regulations.

The same day, the CSC issued a declaration suspending the registration and thus the work of all organisations that have not submitted themselves to Decree 286; such organisations are considered illicit and their members risk the death penalty under Article 206 of the Penal Code. On 29 March, the Benghazi CSC then issued a circular giving an ultimatum to the registered organisations: they must re-register or else they will be considered suspended. On 6 April, the Tripoli CSC issued a new circular prohibiting activists and organisations from accepting invitations to participate in trainings and events or to interact in any other way with the international community without its approval. Prior to giving this approval, the CSC communicates with security institutions, including members of armed groups, thus putting the concerned individuals in danger.

Decree 286 regulating civil society is unlawful and suppresses the right of civil society to exist and operate freely, granted by Article 22 of the International Covenant on Civil and Political Rights (ICCPR). Under the decree, functioning organisations are also repeatedly forced to re-register under threat of dissolution. When they register, organisations since October 2020 are requested to sign a pledge that they will not enter into communication with any embassy or international entity without prior authorisation from executive authorities. The 6 April circular appears to build and expand on this requirement.

The criminalisation of fundamental freedoms using vaguely-worded articles of the Libyan Penal Code such as Article 206 and 207 undeniably violates international conventions ratified by Libya, notably Articles 6, 7, 15, 18, 19, 21 and 22 of the International Covenant on Civil and Political Rights (ICCPR). According to the General Comment n°10 of the Human Rights Committee, freedom of opinion under Article 19 of the ICCPR is a right to which the Covenant permits no exception or restriction. According to the General Comment n°22, the fact that a religion is recognised as a State religion or that it is established as official or traditional or that its followers comprise the majority of the population, must not result in any impairment of the enjoyment of any of the rights under the Covenant, including freedom of thought and conscience under Articles 18.

In addition to these attacks against freedoms of expression and association, the eastern-based Internal Security Agency affiliated with the General Command of the Libyan Arab Armed Forces (LAAF) have detained at least eleven peaceful protesters and a journalist, arrested in Sirte between 19 and 26 March. They are held in an unconfirmed location, as reported by Libyan human rights defenders. The individuals arrested participated in a protest organised on 19 March denouncing violations committed during the 2011 NATO intervention in Sirte and demanding compensation. Journalist Ali Al-Refawi, who was covering the protest, was arrested on 26 March. An official of the Sirte municipality was also arrested on 19 March after he participated in a meeting with the Prime Minister of the GNU.