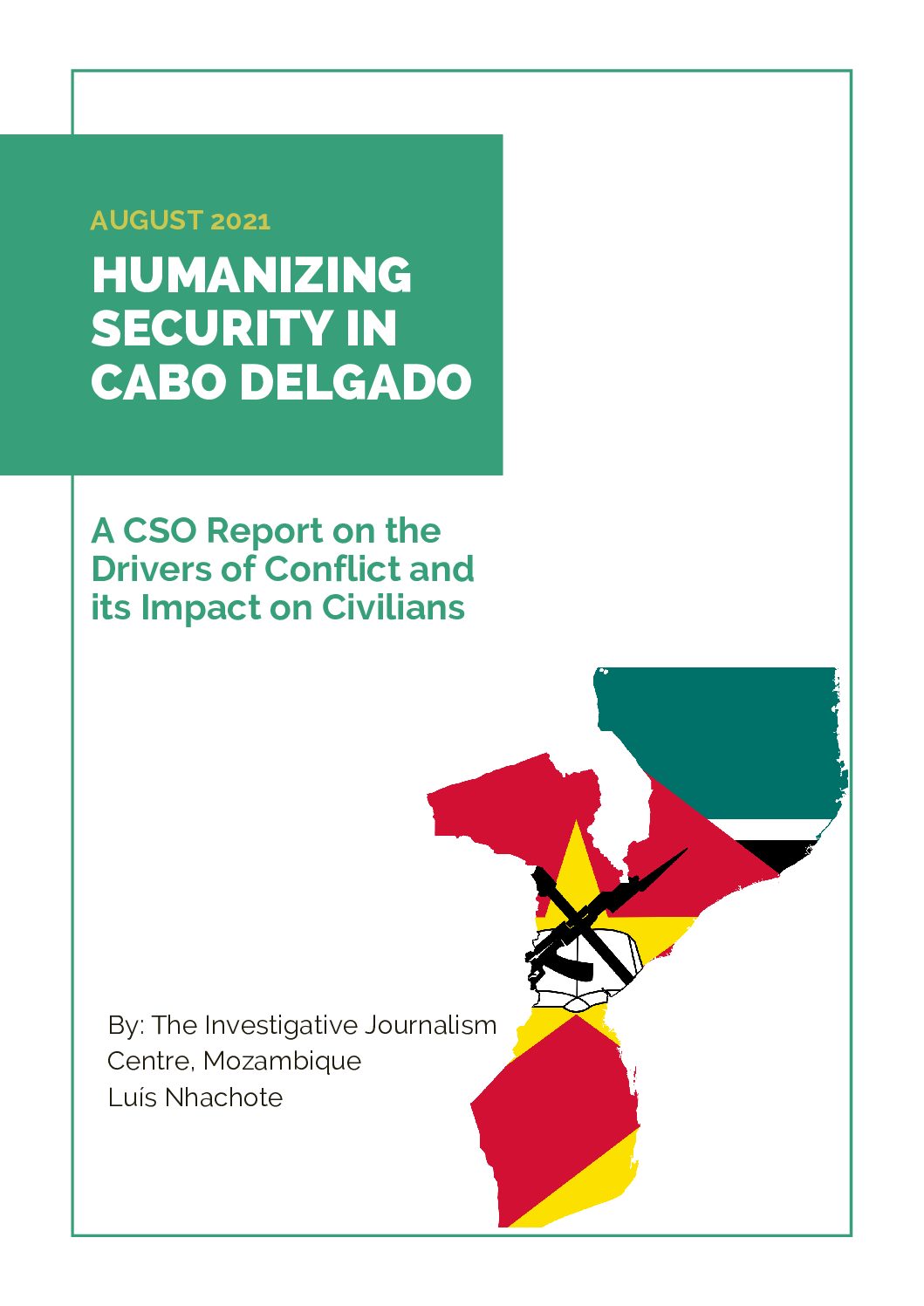 Posted at 07:41h in AfricanDefenders by Gentrix Barasa
Share
Read the Report

The war in Cabo Delgado is now in its fourth year. The human suffering has been incalculable, with currently over 750 000 persons displaced, and many thousands killed. The international community has repeatedly been shocked by reports of extreme brutality. The situation on the ground is becoming increasingly complex, with the entry of military personnel from at least seven countries – some in a training capacity, others as “boots on the ground”. Analysts and commentators, both within Mozambique and abroad, point out the complexity of factors fueling the conflict. Nevertheless, the mainstream media has consistently focused almost exclusively on the Islamic angle – that this is a religious war, with the insurgents intending to establish a Caliphate in Northern Mozambique. This point of view is not shared by many in Mozambique. Furthermore, there is a persistent and widely held belief amongst the displaced themselves that the real reason for the war is to drive them off their land, to give access to prospectors and mining companies. This report gives a voice to those directly affected by the conflict – a voice that is almost never heard in the global corridors of power. It is clear that there can be no solution until the true causes of the conflict are addressed. The report explores the contributing factors – from the “hidden debt” scandal that preceded the conflict, effectively bankrupting the Mozambican state, to issues relating to land tenure and the granting of mining and prospecting concessions. The report exposes those who are profiteering from the ongoing conflict. In the past, the Mozambican government rejected the idea of dialogue and negotiations with the insurgents, saying that they were dealing with a “faceless enemy”. The report puts faces and names to the insurgency leaders, thereby hopefully contributing to the momentum for a non-military, negotiated solution. The report comes at a critical crossroads in the conflict – with the entry of SADC and Rwandan troops. It is hoped that it will contribute to a greater global understanding of the situation, and to a sustained peace, whereby the people of Cabo Delgado will be able to live productive lives, benefiting from the enormous wealth of their region.