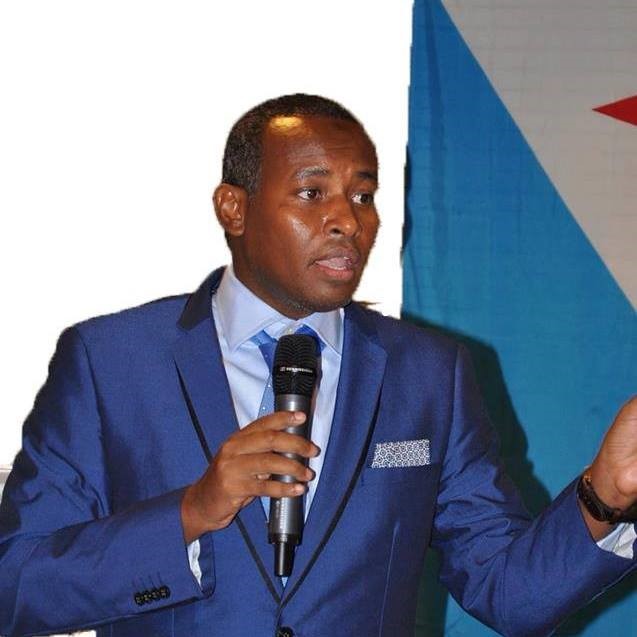 Posted at 12:31h in East & Horn of Africa by Gentrix Barasa
Share

Kadar Abdi Ibrahim is an outspoken human rights activist and journalist from Djibouti – a country where journalists are frequently harassed, subjected to government-orchestrated intimidation and reprisals, and prevented from pursuing their work independently. Yet, Kadar continues to use his voice and pen as tools to promote justice.

As a human rights activist, journalist, and blogger, he is a target in Djibouti. “Every day, I witness the injustice and suffering inflicted upon my fellow compatriots. As a human being, I cannot stand idly by,” Kadar explains.

Every day, I witness the injustice and suffering inflicted upon my fellow compatriots. As a human being, I cannot stand idly by.

From 2015, Kadar was the co-director and chief editor of L’Aurore, Djibouti’s only privately-owned media outlet. In 2016, the newspaper was banned following the publication of a story on one of the victims of the Buldhuqo massacre – which killed at least 29 people. “I sincerely wish to see my country adopt a democratic culture and overcome ignorance,” he says. He also serves as Secretary-General for the political party Movement for Democracy and Freedom (MoDeL).

As a living testimony of the dangers linked to defending human rights in Djibouti, the police have arrested Kadar several times in an attempt to silence him. Often, the government refuse to legalise HRDs’ associations, unless they pledge allegiance to the authorities. In addition, they frequently face judicial and extrajudicial harassment and attacks, smear campaigns, and confiscation of identity documents.

For 20 years, Kadar was a high school teacher, then a Professor and Researcher at the University of Djibouti, but lost his position due to his human rights work.  He was later dismissed from civil service.

In April 2018, just days after returning from Geneva, where Kadar carried out advocacy activities ahead of Djibouti’s Universal Periodic Review (UPR) at the UN Human Rights Council, agents of the Service de documentation et de sécurité (SDS, the intelligence service) raided his house and confiscated his passport. Despite his case being identified as a clear case of reprisals by the UN Assistant-Secretary-General, who reported on it to the Human Rights Council in 2018 and 2019, his passport remains with the SDS. He has been unable to leave his own country for the past two years.

He believes that UN institutions and international actors should put more pressure on the Djiboutian government, and call for justice and human rights, including the implementation of the UPR recommendations – which is one of the only ways of shining a light on Djibouti’s human rights situation at the international level.

It is my duty to denounce this injustice and bring hope to the victims. But I cannot content myself with speaking out against the situation; I also have to show that another path is possible, despite our limited human resources and financial means.

“It is my duty to denounce this injustice and bring hope to the victims. But I cannot content myself with speaking out against the situation; I also have to show that another path is possible, despite our limited human resources and financial means,” Kadar highlights.