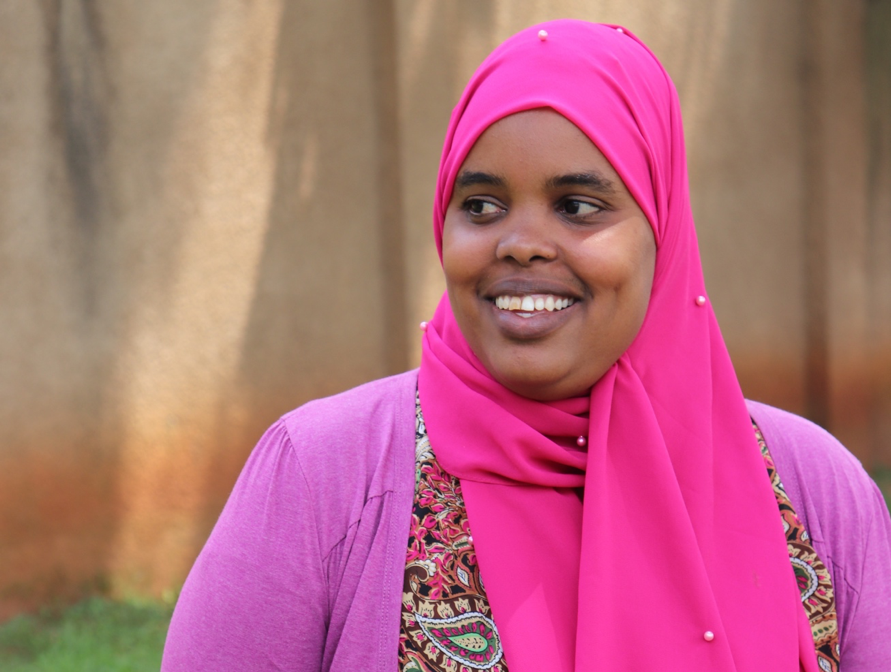 Posted at 07:45h in East & Horn of Africa by Gentrix Barasa
Share

The Somali activist Faiza Abdi Mohamed has promoted human rights in her home country for a decade, which has made her a target of verbal abuse, threats, and arbitrary arrest, forcing her to flee Somalia and seek exile in Uganda. Yet, she remains extremely vocal about human rights violations in her country. “I’ve lost so many of my friends due to cruelties, so I can’t keep quiet,” she says.

Faiza has played an important role in the protection of human rights defenders (HRDs) in her country. From 2012, she was part of DefendDefenders’ three-year protection project for HRDs in Somalia, where she monitored human rights violations throughout the country. Moreover, from 2015, she was the National Coordinator of the National Coalition of Human Rights Defenders in Somalia (NCHRD-S).

“I’ve lost so many of my friends due to cruelties, so I can’t keep quiet.”

Being an activist in Somalia is dangerous. Being a woman activist is even more dangerous. “When you are a strong woman and you know your rights, you will face a lot of challenges – especially from men. They will say you’re are supporting western communities. Sometimes you will be challenged under Sharia laws. They say, Allah gave you everything, what more are you looking for?”

The date 2 April 2019 is engraved in Faiza’s memory. While on her way to the office she was arrested by policemen stationed at one of Mogadishu’s many roadblocks, claiming that she was a man. “They knew I was a woman, but right before this episode I had shared a social media post about the Somali police killing of innocent people. They knew that, and that’s why they arrested me,” Faiza explains. 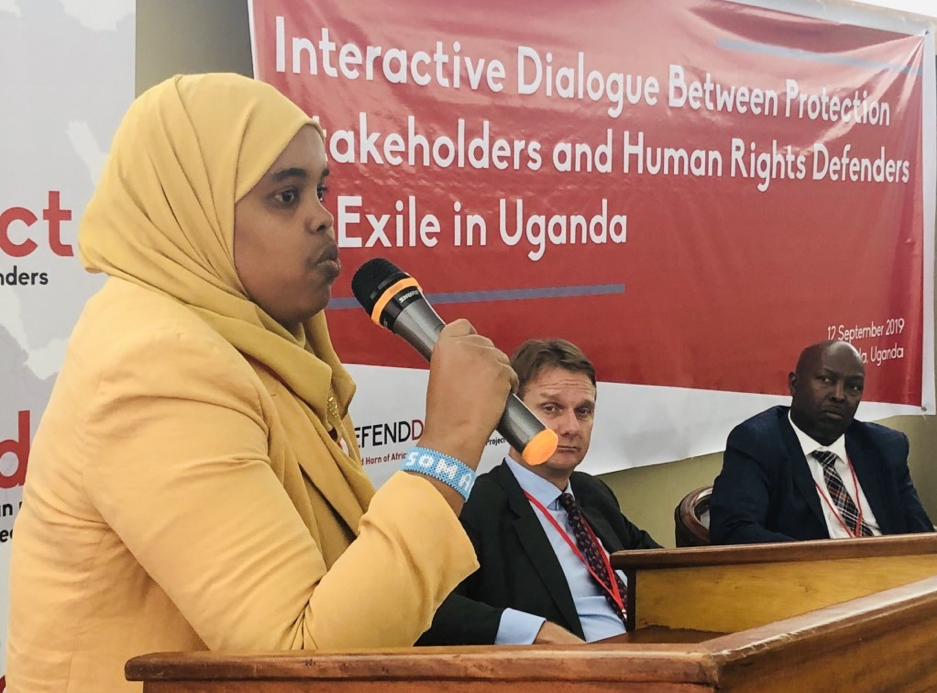 Faiza has partaken in many of DefendDefenders’ events, including the Interactive Dialogue Between Protection Stakeholders and Human Rights Defenders in Exile in Uganda, September 2019. (Photo: DefendDefenders)

After her release, Faiza shared a social media post about her encounter with the police, which secured her interviews with several Somali TV stations, as well as the British Broadcasting Corporation (BBC). Additionally, the publicity put her further on the governments’ radar, and she was summoned to meet the chief police in Mogadishu. “He said, why did you abuse the police? I told him that they were violating my rights. But he told me to say that my social media post was false, and if not, I’ll go to jail. I wouldn’t do that, and I was willing to go to jail. He saw that I was not afraid. Then he said, ‘I don’t know how we can protect you now. Even the extremist groups know about your name’,” she recalls.

“When you are a strong woman and you know your rights, you will face a lot of challenges – especially from men. They will say you’re are supporting western communities. Sometimes you will be challenged under Sharia laws. They say, Allah gave you everything, what more are you looking for?”

Faiza believes that more attention should be given to HRDs in her country – by actors at all levels of society. First, she points to the lack of existing laws protecting HRDs in her country. “Regional and international actors can put pressure on the Somali government,” she states.  Secondly, she calls for more monitoring, and reporting, of human rights violations. She further stresses the need to train media actors to ensure fact-based and neutral reporting, as well as to build the capacity of civil society organisations  and ensure civil society’s access to decision-making forums in Somalia. “We need guidance and funding. The small opportunities that Somali women can benefit from can save people.”

Currently, Faiza is based in Kampala, Uganda, as she had to flee her country in August 2019. She is determined to continue her activism, stressing that “I’ve seen people keep quiet and still be killed. I rather not stay quiet and be killed,” she affirms.