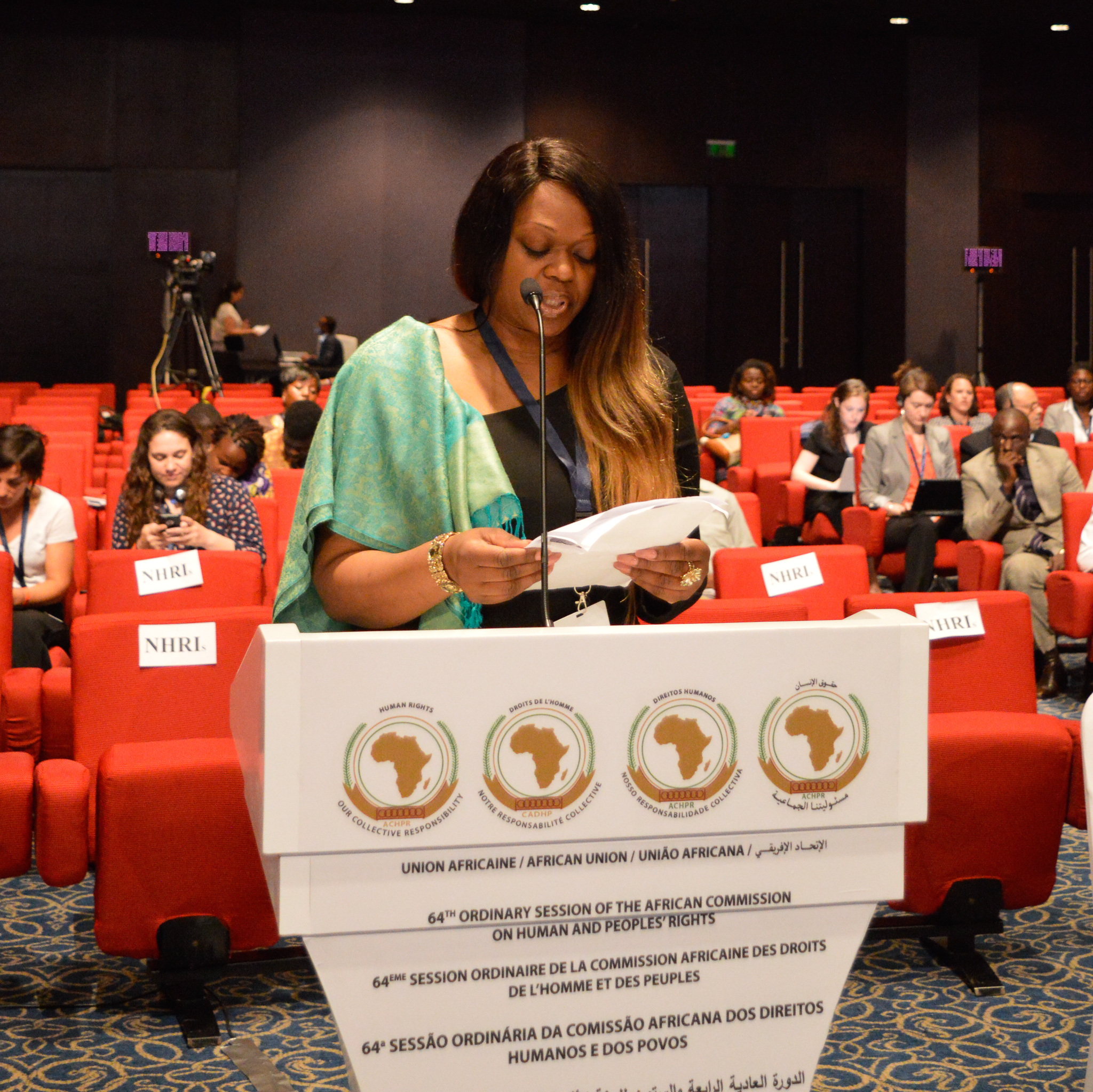 The human rights situation in the sub-region remains precarious, with a rising trend of shrinking civic space, affecting the respect for human rights and rule of law. Disregarding their obligations under the African Charter on Human and Peoples’ Rights, governments in the sub-region have sought to restrict legitimate expressions of civilian dissent like peaceful demonstrations, free expression of human rights defenders and media, as well as targeted civil society organisations (CSOs) through various strategies of harassment and repression.

In Sudan, the situation is critical. The demonstrations that began in December 2018, left about 40 protestors dead, with hundreds arrested and detained including women.  Now, despite the overthrow of President Al Bashir’s government, the situation remains extremely delicate. We call on the Commission, and other human rights actors, to closely monitor and report on the human rights situation in Sudan, and to advocate for a peaceful and stable transition, with a civilian led government.

Tanzania has continued to aggressively crack down on civic space and circumscribe independent news sources, especially those that criticise the state and/or the government becoming increasingly antagonistic to international scrutiny. Additionally, media restrictions have intensified notably, the Media Services Act continues to negatively affect press freedom and free speech. While we welcome the East African Court of Justice ruling on the Act, which declares that it violates press freedom and freedom of expression, we need further proactive actions by this Commission to avoid escalation of an already volatile situation. The Commission should conduct a fact-finding mission into the country to assess the human rights situation and make concrete recommendations to address the challenges.

Conflict remains quotidian in South Sudan between government and armed groups. The Revitalised Peace Agreement signed in September 2018 has not brought an end to human rights violations, and soldiers continue to attack civilians, with sexual violence reported as prevalent and employed by the warring parties as a weapon of war.  The conflict continues to make it difficult for human rights defenders to successfully carry out their work.

Positively, since Ethiopia’s executive shakeup under the leadership of Prime Minister Abiy Ahmed, the country has improved greatly. The reforms have also allowed the rebirth and promise of rebuilding civil society organisations with the new Civil Society Proclamation. Ethiopia exudes the potential for a long term commitment to human rights ahead of a promised 2020 election. We encourage the country to ensure that the reforms trickle down to the people with an aim of bringing about a fundamental change.

Additionally, we welcome the support of the governments of  Cote D’ Ívoire, South Africa, Tunisia and Uganda extended towards the launch of African hub cities, a relocation mechanism for the protection of human rights defenders at risk on the continent.

The highlighted country situations are but a glimpse of the atrocities committed on our continent by those that are set out to protect the people. It is vital that the African Commission on Human and Peoples Rights remains a strong, proactive, impartial, and transparent actor. As the leading body for the promotion and protection of human rights in Africa, it is highly important that the Commission continues to urge member states to immediately respect their human rights obligations under the African Charter on Human and Peoples’ Rights.

*The participation of Mirielle Tushiminina to the the 64th session of ACHPR was supported by AfricanDefenders.