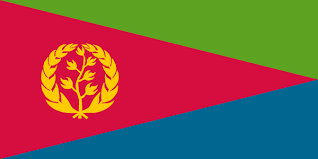 Posted at 07:44h in East & Horn of Africa by Cristina Orsini
Share

This article was first published by DefendDefenders.

PRESS RELEASE – The Eritrean government should seize the opportunity of its human rights review, today at the UN Human Rights Council (“the Council”), to finally commit to addressing the grave human rights violations identified by independent observers. Eritrea’s Universal Periodic Re­view (UPR) comes a month after it took a seat within the UN’s top human rights body. Council member­ship trig­gers an enhanced obligation to coope­rate.

“For years, Eritrea has offered but denial in response to findings of human rights violations, including those that may amount to crimes against humanity,” said Hassan Shire, Executive Director, Defend­Def­enders. “It is high time for the government to change course and engage with the UN with a view to improving its abysmal record.”

Since 2012, independent human rights experts, including a UN Special Rapporteur and a Com­mis­sion of In­qui­ry, concluded that crimes, including ensla­ve­ment, imprisonment, enforced dis­ap­pearances, torture, inhumane acts, persecu­tion, rape and murder, had been committed in Eritrea since 1991. Year after year, the Council condemned, and reiterated the need for account­ability for, these acts.[1] However, Eritrea merely dismissed these findings. In October 2018, des­pite its poor hu­man rights record, Eritrea was elected to the Council for the 2019-2021 period, in a non-competitive election process.[2]

“Eritrea’s UPR is taking place as the country starts a three-year term as a Council member,” said Nicolas Agostini, representative to the UN for Defend­Defend­ers. “This status comes with responsibilities, including an obligation to cooperate with the UN human rights system and to address key human rights issues.”

Ahead of today’s UPR, DefendDefenders submitted a report addressing violations of freedoms of expression, association and peaceful assembly, the situation of human rights defenders, and Eritrea’s failure to meaningfully engage with international and regional human rights mecha­nisms.[3]

The UPR is a process set up by the Human Rights Council, the UN’s principal human rights body. The human rights record of every UN member state is reviewed every four-and-a-half to five years, in Geneva, Switzerland, a process during which the government of the state under re­view receives recommendations made by its peers. NGOs can participate in the process by sub­mitting alternative reports and engaging in advocacy at the na­tional and UN levels.