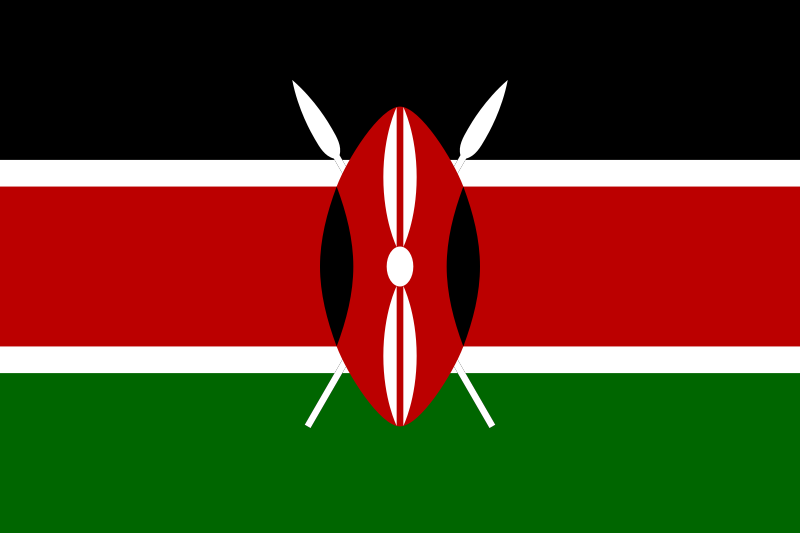 Posted at 08:16h in East & Horn of Africa by Gentrix Barasa
Share

This statement was first published by Defenders Coalition (Kenya)

We, the Women Human Rights Defenders (WHRDs), civil society organizations and social movements condemn the killing of Elizabeth Ibrahim Ekaru-HSC, an astute women’s rights advocate, a peace champion as well as an environmental and land rights defender from Isiolo County.

Elizabeth was murdered on Monday 3 January 2022 allegedly by her neighbor over a land dispute. She was attending a burial when she was lured to her death trap by the suspect who called her aside only to commit the heinous act by stabbing her severally, something that comes off as premeditated. The suspected murderer was apprehended by a mob and is currently recuperating at a local hospital under police guard.

The barbaric murder of woman human rights defender Elizabeth brings to the fore the pervasive nature of incidences of violence against women and girls in Kenya. Her killing while defending land rights, is a true testimony of the risks, challenges and attacks that Women Human Rights Defenders continue facing in the line of their work.

We are startled by the escalating attacks on women and more so WHRDs in Kenya. Defenders Coalition has documented alarming cases of femicide in the past few years pointing to a cavalier attitude towards women in the society.

On 15 July 2021, a woman human rights defender and environmentalist from Kiambu County- Joannah Stutchbury was brutally murdered for standing up against environmental injustice in Kiambu Forest. The government, through the Office of the President and Director of Criminal Investigations, promised speedy investigations and a conclusion of the matter to ensure action is taken against the perpetrators(s). Worryingly, there has not been a single arrest related to the killing of Joannah and the persons responsible for her death are still walking free.

In August 2021 two women environmental activists from the Owino Ohuru area in the coastal region were also targeted for attack when pursuing justice for residents and victims of environmental pollution in Owino Ohuru Slums in Mombasa.

The above cases are classic examples of the price that women human rights defenders have to pay for protecting human rights and advancing the social, economic, cultural and political rights under the Constitution of Kenya 2010.

Elizabeth has been recognized severally including being the recipient of the Head of State Commendation Award for her courage and role at the frontline defending human rights. She is also part of the National Network of Women Human Rights Defenders, which is convened by the Defenders Coalition.

We, therefore, call on the following from relevant offices of the government:

Elizabeth Ibrahim Ekaru was a dedicated WHRD and a women’s rights community leader who spent most of her life fighting for the rights of women, youth and children from pastoral communities. She was a renowned gender activist who spread the message of women empowerment through educating the girl child and was also involved in several initiatives of economically empowering women from her community through village savings and loan associations and other self-help groups. Elizabeth was also a climate change activist and she was heavily invested in economic empowerment of women through agribusiness whereby she would work closely with other women from pastoral communities to grow food crops to counter the harsh effects of climate change in the areas which are susceptible to drought and famine. She was also an advocate for the land rights of indigenous women and she met her untimely demise while defending her land ownership rights. Elizabeth was an icon of peace having started her journey as the Chairperson of the Turkana Dancer[1]s group back in 1998, where together with other community members, they would spread the message of peace through artistry.

Elizabeth was a member of the Isiolo Peace and Resolution Committee, a caucus formed to spearhead peaceful co-existence and cohesion among the different communities in Isiolo County. She has also served as the chairperson of Maendeleo ya Wanawake, Isiolo Central Division at some point in her life. Elizabeth has in the past found herself in the middle of cattle rustling tussles whereby her home was targeted by cattle rustlers from the neighboring communities and she used this as a motivation to continue fighting for peaceful co-existence between the communities. She always felt that most of the conflicts at the time were a result of misunderstanding and bad leadership, and she, therefore, sought to try and establish good relations with the other communities by getting involved in peace talks and campaigns.

Coming from a deeply patriarchal society, she was faced with so many challenges and in some instances, she had to fight to be included in peace negotiations because traditionally, women were not part of the peacebuilding processes which were only a reserve for elders and male counterparts. Elizabeth was very instrumental in bringing calm not just in Isiolo but also in the neighbouring counties i.e. in Garissa whereby she represented the voices of women and championed the cause for equal compensation for both male and female victims of clashes. Further, she was a mentor to young girls and women in different counties and an FGM advocate.

Elizabeth bagged several awards in her journey as a women’s rights leader. These include the Head of State Recommendation Award during the Mwai Kibaki regime, at a time when she was serving as the chairperson of the Maendeleo ya Wanawake organization in Isiolo. This followed her efforts to resolve conflict during the ethnic clashes in the Rift Valley region around the year 2005, involving unrest in Kirema, Mai Mahiu, and Naivasha. Elizabeth continued to advocate for the rights of children and women, who she felt were the most affected by armed conflict and were also marginalized in the peace-making processes due to the patriarchal nature of the communities.

Elizabeth joined the Isiolo Voice of Women Network as vice-chairperson, a role in which she continued to fight for the rights of young women and girls and also to promote the agency and economic empowerment of women. She was also part of caucuses such as the Burat Citizen Forum. Due to her commitment and advocacy, Elizabeth was nominated to represent Isiolo in the BOMAS national constitutional conference as part of the process that led to the creation of the 2010 Constitution of Kenya. Elizabeth, through her work and determination, was appointed peace ambassador representing a group of women from 12 counties who had a goal of enhancing peace and security in the different areas they came from. At the time of her death, Elizabeth was a board member of the Isiolo Gender Watch.

The excerpt about the work of Elizabeth Ibrahim Ekaru has been compiled by our CSO partner Katiba Institute as in its publication TheUntold Stories of Women’s Rights Leaders. All rights reserved with Katiba Institute