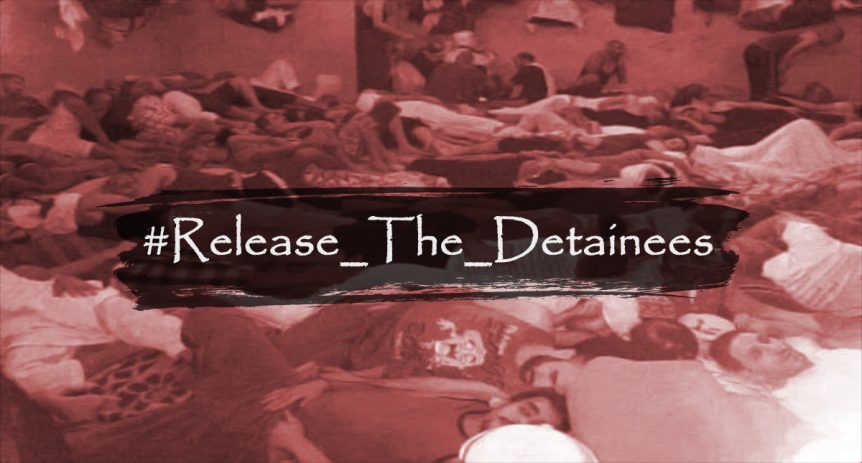 Posted at 06:35h in Northern Africa by Gentrix Barasa
Share

The signatory human rights organizations denounce the Egyptian government’s reckless refusal to release select groups of detainees for the sake of curbing the coronavirus (Covid-19) pandemic.  As the Egyptian government imposes a curfew and suspends public transportation, it continues to turn a blind eye to the country’s dozens of densely-populated prisons, which are reported to exceed their capacity by over 300%. Unless overcrowding is immediately relieved, Egypt’s prisons will become contaminated hubs through which the coronavirus could rapidly spread throughout the entire country and beyond.

To prevent Egypt’s prisons from turning into incubators of Covid-19, the signatories call for the immediate release of the following categories of Egypt’s prison population: elderly detainees over the age of 60, detainees with chronic illnesses such as cancer and heart and respiratory diseases, detainees who are pregnant, detainees imprisoned for debt, and finally, the large number of prisoners of conscience –  including journalists, lawyers, and rights advocates – many of whom who are illegally held in pretrial detention longer than the two-year maximum period allowable by law.

Prisons and detention sites in Egypt are fertile grounds for the spread of deadly disease; notorious for their filthy and degrading  conditions and utterly unequipped  to meet even the most basic of human needs. Absent are adequate ventilation, basic hygienic tools, toilet and shower facilities, safe drinking water, and adequate food. The cells of malnourished and ailing prisoners are not only brimming over-capacity with other inmates, but with insect and rodent infestations as well. Despite such conditions rendering Egypt’s prisons as prime coronavirus-hubs, government authorities have refused to improve prison conditions, instead relying upon ‘security-based’ measures that will have no tangible effect in curbing the pandemic’s spread.

One of these ineffectual measures is the Ministry of Interior’s decision to end family visits to prisons and phone calls – a measure that has only served to deprive detainees even further of the basic necessities and support they are lacking in prison. At the same time, the measure does not prevent the pandemic’s spread internally among prisoners, who are in contact with the prison’s officers, wardens, military personnel, and administrators on daily basis – personnel who regularly leave the prison and could potentially spread coronavirus among the wider population.

Although countries such as Bahrain, Iran, and the  US have released large numbers of prisoners as a precautionary measure to curb the pandemic’s spread, Egypt continues to refuse to release any detainees, despite numerous appeals and local, regional, and international campaigns,  including an  urgent call from the UN. Instead of heeding these calls and campaigns for the sake of mitigating a public health crisis, the Egyptian government has spurned them, even going so far as to arrest activists peacefully calling for detainees to be freed. Meanwhile, the Ministry of Justice decided to suspend pending cases before the courts, which will indefinitely prolong pre-trial detention periods for many peaceful prisoners of conscience.

Yet it is not too late for the Egyptian government to take action against the spread of coronavirus, by immediately releasing some groups of detainees and improving prison conditions for those who remain. In this context, the undersigned organizations call on the Egyptian authorities to guarantee that the basic human needs of detainees are met,  especially in these critical circumstances, as established by the International Committee of the Red Cross (ICRC) on the protection of prisons. Detainees and prison staff must be provided with healthy and clean food and water, together with sanitary, hygienic, and disinfectant products. In addition, measures must be taken to prevent the transmission of infection, and in cases of contamination,  equipped quarantine sites must be provided within prison hospitals, with patients being transferred to external hospitals if necessary. And finally, to ensure that urgently-needed action is being taken, the undersigned organizations demand the full disclosure of the Egyptian government’s policies to counter the proliferation of the Covid-19 in  prisons.