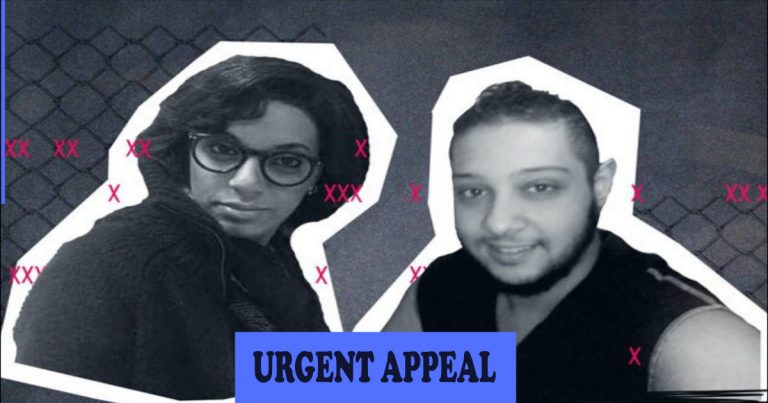 Posted at 05:26h in Northern Africa by Gentrix Barasa
Share

In an urgent appeal this morning 25 March 2020, five regional and international human rights organizations called on the international community to pressure the Egyptian government to immediately release actress and human rights defender Eman Al-Helw and prisoner of conscience Hossam Ahmad, and drop all charges against them in Case 1739 of 2018. The appeal – sent to members of the European Parliament and national parliaments of European states, and several UN Special Rapporteurs –further called for the release of all political prisoners, human rights defenders, activists and others arrested for exercising their right to free expression.  Their immediate release is of utmost urgency with the imminent spread of the coronavirus pandemic to Egypt’s prisons, where unsanitary detention conditions, severe overcrowding, and intentional medical neglect provide fertile ground for the virus’s spread.

The appeal comes just over a year after the anniversary of Eman Al-Helw and Hossam Ahmad’s February 2019 arrest on fabricated charges of terrorism and social media misuse. The two prisoners of conscience were arrested at the same time during a wave of arrests following the Ramses train station accident on February 27, 2019, which killed over two dozen persons.  The Egyptian government’s crackdown was sparked by social media users criticizing the government and calling for protests in the wake of the accident.

Earlier this month, on March 3rd,  Eman and Hossam’s detention was renewed for 45 additional days.  In over one year in detention, Eman and Hossam have endured numerous violations amounting to torture and degrading treatment, detailed in the urgent appeal.

Since Field Marshall Abdel Fattah al-Sisi’s ascension to the presidency in 2014, the Egyptian state authorities have launched an unprecedented crackdown on their own population; thousands of people have been arbitrarily arrested, forcibly disappeared, or banned from traveling. In this context, thousands of detainees are victimized by systematic torture and ill-treatment.

February 28 marked one year since the arrests of actress and human rights defender Eman Al-Helw and transgender man Hossam Ahmad. They were both arrested that day, along with 70 other people as part of a mass arrest campaign against persons who critiqued the government and called for protests on social media following the deadly train crash on February 27, 2019 at Ramses Station, which left 22 dead over 40 injured. They are under investigation in State Security Case no. 1739 of 2018.

Eman Al-Helw  and Hossam Ahmad were first detained for four days in an unknown location. They then appeared before the State Security Prosecution on March 4, 2019, on charges of participating in and supporting a terrorist organization and using their personal accounts on Facebook to commit a crime punishable by law. Their detention has been repeatedly renewed since then.

On December 3, 2019, the Cairo Criminal Court ruled they should be released with precautionary measures. However, the following day, December 4, 2019, the Public Prosecution appealed the decision and the appeal was accepted, thus their pretrial detention was renewed for an additional 45 days.

On December 17, 2019, 6 UN special rapporteurs jointly wrote to the Egyptian authorities regarding the conditions of arrest and detention of Eman Al-Helw and Hossam Ahmad, without answer so far.

Earlier this month, on March 3, 2020, the Prosecution issued yet another decision to renew the detention of Al-Helw and Ahmad for another 45 days.

For over one year, Eman Al-Helw and Hossam Ahmad have been held on false charges, only because of their peaceful activities. They have also been constantly subjected to various forms of harassment, physical and psychological abuse. Since the first day of their detention, they have been held in an underground cell in a police station, with no access to fresh air or sunlight, as the women’s prisons refuse to take them because they don’t “look like women”.

During a recent interview, Hossam explained: “I am tired of being brought to hospitals again and again, and having my genitals exposed there… The problem is that because Eman is staying with me, anything that happens to me also happens to her.”

In these critical times, as the coronavirus is spreading in Egypt and visits are prohibited, we are more worried than ever about the health of Eman and Hossam, as, in the same interview, Hossam declared ‘for food, the government only sends us bread. But all the [other] food comes from visitors. If I don’t have visitors for 3 days, that means I don’t eat for 3 days.”

The Egyptian state authorities continue to repress their own people, particularly human rights activists, and defenders – the recent arrest of student and activist Patrick George Zaky being only the latest of many peaceful activists unjustly prosecuted.

The situation inside Egypt’s prisons is alarming, despite the fact that Egypt is a party to the International Covenant on Civil and Political Rights, the United Nations Convention on Torture and Other Cruel, Inhuman or Degrading Treatment or Punishment, both of which prohibit the inhumane treatment to which detainees like Eman Al-Helw and Hossam Ahmed have been subjected. The current Covid-19 pandemic has made the situation in Egyptian prisons even worse; many organizations and campaigns are calling for the immediate release of thousands of prisoners in order to avoid the spread of the disease in Egyptian prisons and detention centers.

Therefore, we ask the Egyptian government to: