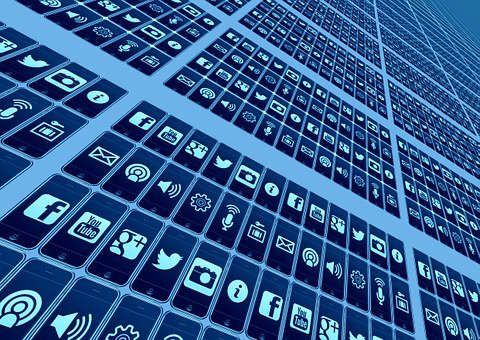 Posted at 14:09h in Northern Africa by Gentrix Barasa
Share

The undersigned human rights organizations denounce the Egyptian government’s blocking of at least 600 websites since May 2017 including media, political and human rights platforms. Blocking websites is a violation of people’s rights to access information and free expression.

The Egyptian authorities have been using the technology of the American company Sandvine to assist in blocking websites. Sandvine has a recorded history of facilitating human rights violations related to the production and selling of internet surveillance and censorship devices.

The undersigned organizations emphasize that the vaguely-worded legislation passed in Egypt to legalize website blocking -especially the Press and Media Regulation Law and the Cybercrime Law, both passed in 2018 – is unconstitutional, contradicts the international treaties human rights signed by the Egyptian government, and should be nullified.

The government of Egypt began by blocking 21 media websites on 24 May 2017 without any legal basis. The government did not declare which of the state bodies ordered this website blocking, and which executed it, and how to appeal against such an unjust decree.

The authorities then continued to block websites and censor the internet on a widescale, until the number of blocked websites reached at least 628. This included 596 websites, and 32 alternative links created by the administrators of the blocked websites to reach their audience.

Earlier, the Egyptian parliament had issued law 175/2018 to combat information technology crimes. Article 7 of the law gives the prosecutor the right to block websites only after getting permission from a court. It also gives the police the authority to notify the National Telecom Regulatory Authority (NTRA) of an emergency website block in case of any imminent danger. The article uses vague terms to define the violations that call for website blocking, such as ‘endangering national security’, and ‘endangering the national economy.’

The application of this law is not restricted to media outlets only; it is also applied to any personal website/blog or any social media account with 5,000 or more followers.

Human rights organizations and media platforms have filed a number of lawsuits against these repressive laws, including one filed by the Arabic Network for Human Rights Information against blocking Al-Arabi Al-Jadid website, and another one filed by the Association for Freedom of Thought and Expression against the authorities’ failure to identify the state body responsible for website blocking. This last lawsuit also requested the government to reveal the administrative and technical reasons behind the website blocks.

The administrators of the Mada Masr website also filed a lawsuit demanding the authorities officially declare their blocking decree, and the administrative and technical reasons that led to the block, in addition to ordering the service provider to lift any technical hindrances that prevent the website owners and users from reaching it.

The Egyptian government’s continued efforts to block websites and restrict access to information online are a clear violation of human rights standards, mainly Article 19 of the International Covenant on Civil and Political Rights (ICCPR) that Egypt has ratified, as well as national constitutional principles, and must come to an end.

According to the general comment N°34 of 2011, the Human Rights Committee of the ICCPR affirmed that imposing a general ban on operating some websites and systems is inconsistent with the third paragraph of Article 19. It also contradicts the same aforementioned paragraph “to prohibit a site or an information dissemination system from publishing material solely on the basis that it may be critical of the government or the political social system espoused by the government.”

In 2011, in a joint declaration on freedom of expression and the Internet with his counterparts at the regional level, the UN Special Rapporteur on Freedom of Opinion and Expression confirmed that website blocking decisions are similar to decisions to shutdown radio or television channels or ban newspapers from activity. Therefore, taking such decisions is not acceptable except in extreme cases, such as publishing content containing sexual assaults against children.

Finally, the Egyptian authorities’ use of the technique of the Deep Packet Inspection in the infrastructure that allows the prevention of communication or the exercise of censorship constitutes a serious violation of Article 71 of the Egyptian Constitution, which states that “It is prohibited to censor, confiscate, suspend or shut down Egyptian newspapers and media outlets in any way.”

The undersigned organizations call on the Egyptian government to: