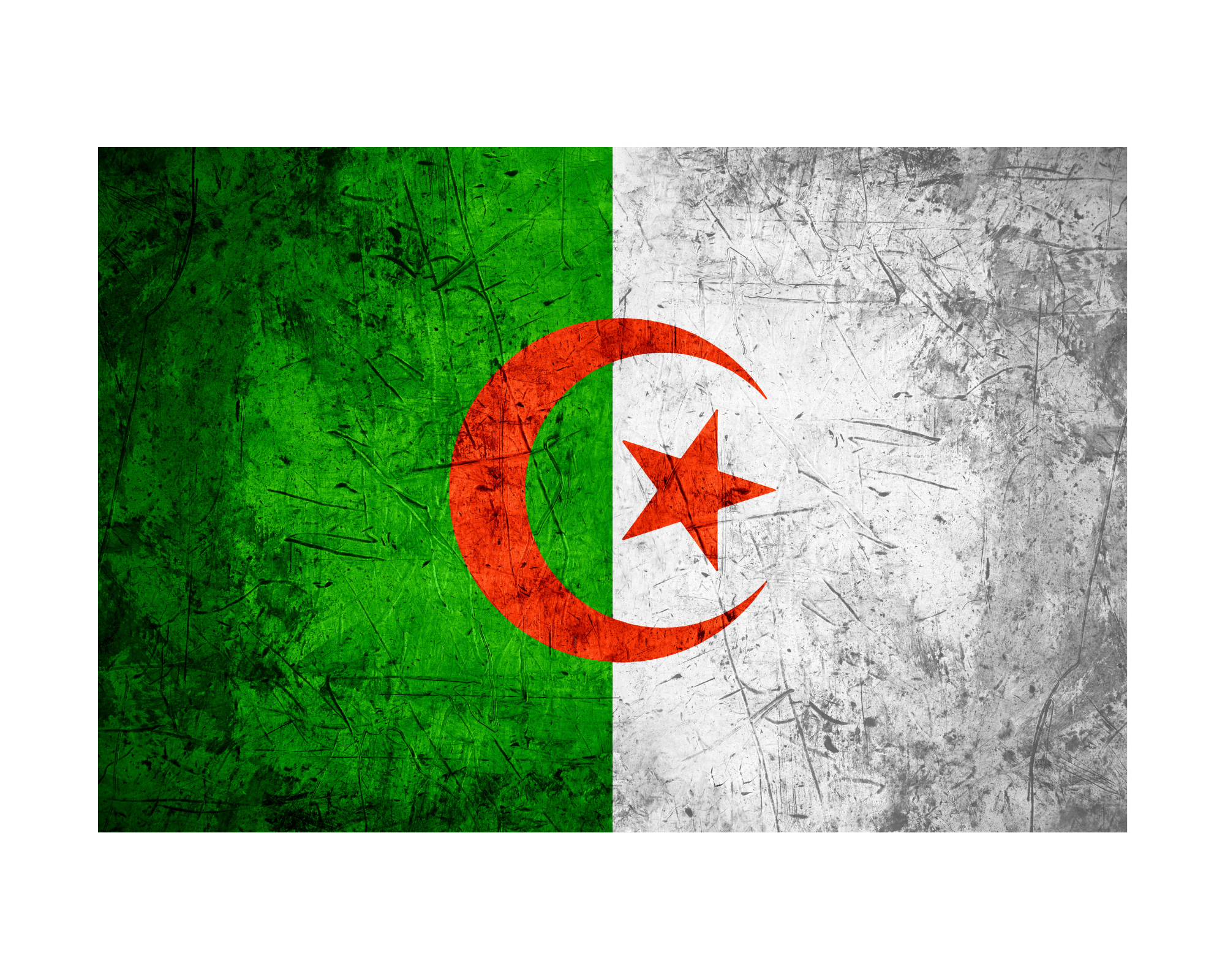 Posted at 07:14h in AfricanDefenders by Gentrix Barasa
Share

On the third anniversary of the pro-democracy protest movement “Hirak”, the undersigned organisations are highly dismayed at the dangerous intensification of repressive tactics used by the Algerian authorities to silence peaceful dissent and stifle civil society. The arrests of human rights defenders Zaki Hannache and Faleh Hammoudi respectively on 18 and 19 February – the latter condemned to three years in prison on 20 February in the  first instance – are the latest examples of these repressive tactics.

The signatories urgently call on the Algerian government to end the systematic criminalisation of peaceful activism, independent journalism, independent unions, and dissent, and for the release of all individuals imprisoned arbitrarily.

While the number of prisoners of conscience has reached a new record (340 as of 9 February 2022[1], including seven women[2]), the proliferation of arbitrary prosecutions on terrorism charges carrying heavy penalties and the unprecedented legal actions against civil and political organisations are of particular concern. In this context, at least 46 prisoners of conscience started a hunger strike on 28 January 2022[3] to protest their arbitrary detention. In what appears to be retaliatory action, five of them were physically assaulted[4] while at least 23 were arbitrarily transferred to other prisons.

Authorities have moved to crush any remaining civic space, threatening the very survival of all components of independent civil society and the multiparty system. In response to this new crackdown, twelve Algerian, European and international organisations have reaffirmed their collective commitment to  the defence of human rights in Algeria through the creation of a dedicated working group on 11 February 2022.

While the possibility of legal proceedings for crimes against humanity and war crimes against General Khaled Nezzar seems to be materialising in Switzerland, our organisations underline the urgent need to fight against the lack of independence of Algeria’s judiciary. This lack of independence has contributed to a long-standing history of impunity tragically reminiscent of the 1990s, when nearly 8,000 individuals were forcibly disappeared by state agents[5].

Between May and August 2021, Algerian authorities have enforced a near-total closure of public space through mass arrests and unlawful use of force against protesters, human rights defenders, and journalists. Many have since been arrested and prosecuted under broadly worded terrorism charges. At least 59 individuals are currently being arbitrarily prosecuted for terrorism-related charges under Article 87bis of the Penal Code defining terrorism, which was amended in June 2021 to further expend this definition. At least 44 of them remain in pretrial detention indefinitely[6], including Kamira Nait Sid, women and Amazigh rights defender, arrested on 25 August 2021; Slimane Bouhafs, refugee and Christian Amazigh activist, abducted and forcibly returned from Tunis on 25 August 2021; and human rights lawyer Abderraouf Arslane, arrested on 26 May 2021. In a communication dated 27 December 2021, five United Nations Special Procedures warned that Penal Code Article 87bis “[undermined] the rights to peaceful assembly and freedom of expression, and also [imposed] disproportionate penalties for acts that should not be addressed by counter-terrorism legislation”.

Furthermore, unprecedented legal actions initiated against civil society organisations and political parties – notably members of the Pact for a Democratic Alternative (PAD)[7] – indicate the authorities’ determination to tighten their crackdown on any independent and organised activism and suppress the rights to freedom of expression, association and peaceful assembly.

On 20 January 2022, the State Council temporarily suspended the activities of the Socialist Workers’ Party (PST) and closed its premises for “illegal activity”. On the same day, the State Council dismissed a similar request from the Ministry of Interior to suspend the Union for Change and Progress (UCP); however, it is yet to rule on a request for the dissolution of the UCP. On 5 January, the Rally for Culture and Democracy (RCD) received a warning from the Ministry of Interior to stop hosting meetings in its offices without authorisation and threatened the party with legal action. The warning referred to a meeting the RCD hosted on 24 December 2021 to launch a “popular front against the repression”. At least nine members of the Rally for Culture and Democracy (RCD) have either been sentenced to prison, placed under judicial supervision or in pretrial detention since September 2021. On 13 October 2021, the administrative court of Algiers also dissolved Rally Youth Actions (Rassemblement Actions Jeunesse – RAJ), a prominent youth and human rights organisation, on the basis that its activities allegedly contradicted its statutes. At least eleven members of RAJ have already been prosecuted since 2019.

Civil and political activists have also been particularly targeted. Nine members of the Algerian League for the Defence of Human Rights (LADDH) are prosecuted in relation to their activism, three of them have been in pre-trial detention for several months. On 13 January, Nasreddine Hamitouche and Hichem Khiat, the Youth Gathering for Algeria (Rassemblement des Jeunes pour l’Algérie – RJPA), were placed under judicial control. On 9 January 2022, Fethi Ghares, national coordinator of the Democratic and Social Movement (MDS) was sentenced to two years in prison for criticising the authorities online and during a meeting. On 14 November 2021, Nacer Meghnine, President of youth organisation SOS Culture Bab el Oued, was sentenced to one year in prison for “distributing and possessing publications to undermine national unity” and “inciting an unarmed gathering”.

In parallel to these two notable developments, the arbitrary arrests and sentencing of peaceful activists, rights defenders and journalists have continued unabated, using vague, broadly-worded charges such as “undermining national unity”, “offence to public bodies” or “incitement to an unarmed gathering”. According to trusted sources, at least 27 peaceful activists, demonstrators and journalists were sentenced to prison in January 2022. These include for example activist Mustapha Guira, sentenced to three years in prison on 23 January while he was on pretrial detention since 29 avril 2021 in another terrorist case; activist Bouziza Boumediene, sentenced to three years in prison on 30 January, and journalist and blogger Merzoug Touati, sentenced to one year in prison on 1 January. Among the 33 activists and journalists arrested in January 2022 is journalist Abdelkrim Zeghileche, arrested for terrorism-related charges on 24 January, as well as workers’ rights defender Dalila Touat, arrested again on 31 January 2022. Both were already subjected to judicial harassment.

[1] According to human rights defender Zaki Hannache.
[2] Kamira Nait Sid, Fatiha Daoudi, Wissam Safouan, Thalli Belabassi, Laila Hamama Maked, Fatima Boudouda and Moufida Kharchi.
[3] Some of them started on 25 January while others started on 31 January.
[4] Mohamed Tadjadit, Soheib Debaghi, Tarek Debaghi, Malek Riahi and Nourredine Khimoud.
[5] 8023 individuals disappeared declared by their families to the authorities, within the framework of the Charter for peace and national reconciliation, see “Forced disappearances in Algeria: a crime against humanity, 1990-2000”, published by the Collective for the Families of the Disappeared in Algeria in 2016: https://www.algerie-disparus.org/app/uploads/2016/03/CFDA-RAPPORT-digital2.pdf
[6] With no prospect of trial at the time of writing.
[7] The Pact for a Democratic Alternative is a pro-democracy political and civil society alliance that formed in June 2019, at the height of the Hirak movement.