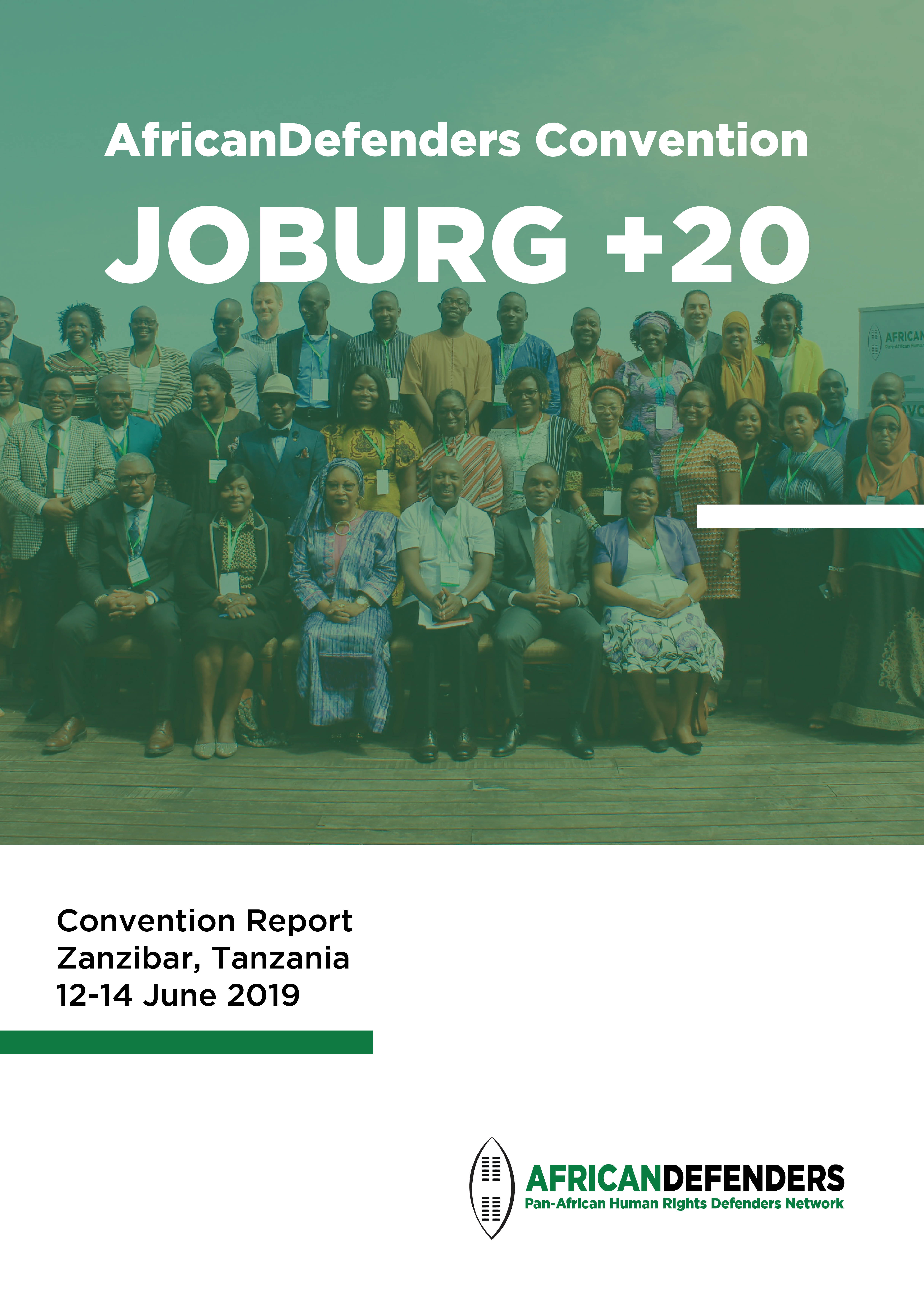 Posted at 08:02h in AfricanDefenders by Cristina Orsini
Share

In April 2009, HRDs and regional and international stakeholders gathered in Kampala,  Uganda for the ‘All Africa Human Rights Defenders Conference’ (Johannesburg +10). The event aimed to take stock of the achievements made in the protection of HRDs since the ﬁrst ‘All  Africa Human Rights Defenders Conference’ held in Johannesburg, South Africa, in 1998. During the  conference, HRD networks were identiﬁed as a very powerful tool to create a more enabling  environment for HRDs. Furthermore,  it identiﬁed that existing sub-regional HRD networks had been  pivotal in enhancing the work of African HRDs. In this context, the establishment of a continental umbrella  network that could help to coordinate and strengthen sub-regional efforts was seen as an  essential step to enhance the protection and promotion of HRDs on the continent.

The Kampala Declaration of Human Rights Defenders, adopted at the conference on 23 April 2009, thus resolved to form a Pan-African Human Rights Defenders Network, to coordinate  initiatives across the continent for the beneﬁt of African HRDs, as speciﬁed in the Kampala Plan of Action (KAPA). The secretariat of the Pan-African Human Rights Defenders Network, active under the name of  AfricanDefenders, was established in 2011, to support sub-regional HRD networks by fostering  collaboration, supporting strategic advocacy efforts, contributing to the protection of HRDs at risk, and highlighting the impact of their relentless work.

Ten years after the adoption of KAPA, it was necessary to reﬂect on the progress made and design new strategies tailored to the trends and developments since Johannesburg +10. In order to do so,  AfricanDefenders convened the AfricanDefenders Convention (Johannesburg+20) from 12 to 14 June 2019 in Zanzibar City, United Republic of Tanzania. The Convention brought together HRDs from across Africa, more speciﬁcally representatives from the sub-regional HRD networks and national HRD  coalitions, Steering Committee members. In addition, the Convention welcomed key stakeholders, including the Chairperson of the African Commission on Human and Peoples’ Rights (the Commission or ACHPR), the Special Rapporteur for HRDs in Africa, and the President of the African Court on Human and Peoples’ Rights (African Court).

The ﬁrst day of the Convention was dedicated to reﬂect upon HRDs’ engagement with African human rights mechanisms,speciﬁcally the Commission and the African Court. The following two days enabled sharing  of good practices and challenges between sub-regional HRD networks and national HRD coalitions, and a collective review the KAPA, in order to shape the future of AfricanDefenders. The  Convention concluded with the third edition of the Shield Awards, which acknowledged the  courageous work of outstanding African HRDs. The winner of the Pan-African Shield Award was the Sudan Women Protest, based on their courageous work to promote and protect human rights amid the Sudanese revolution. The deliberations and outcomes of the three-day convention, including the revised Plan of Action for AfricanDefenders, known as KAPA+10, are summarised in this report.