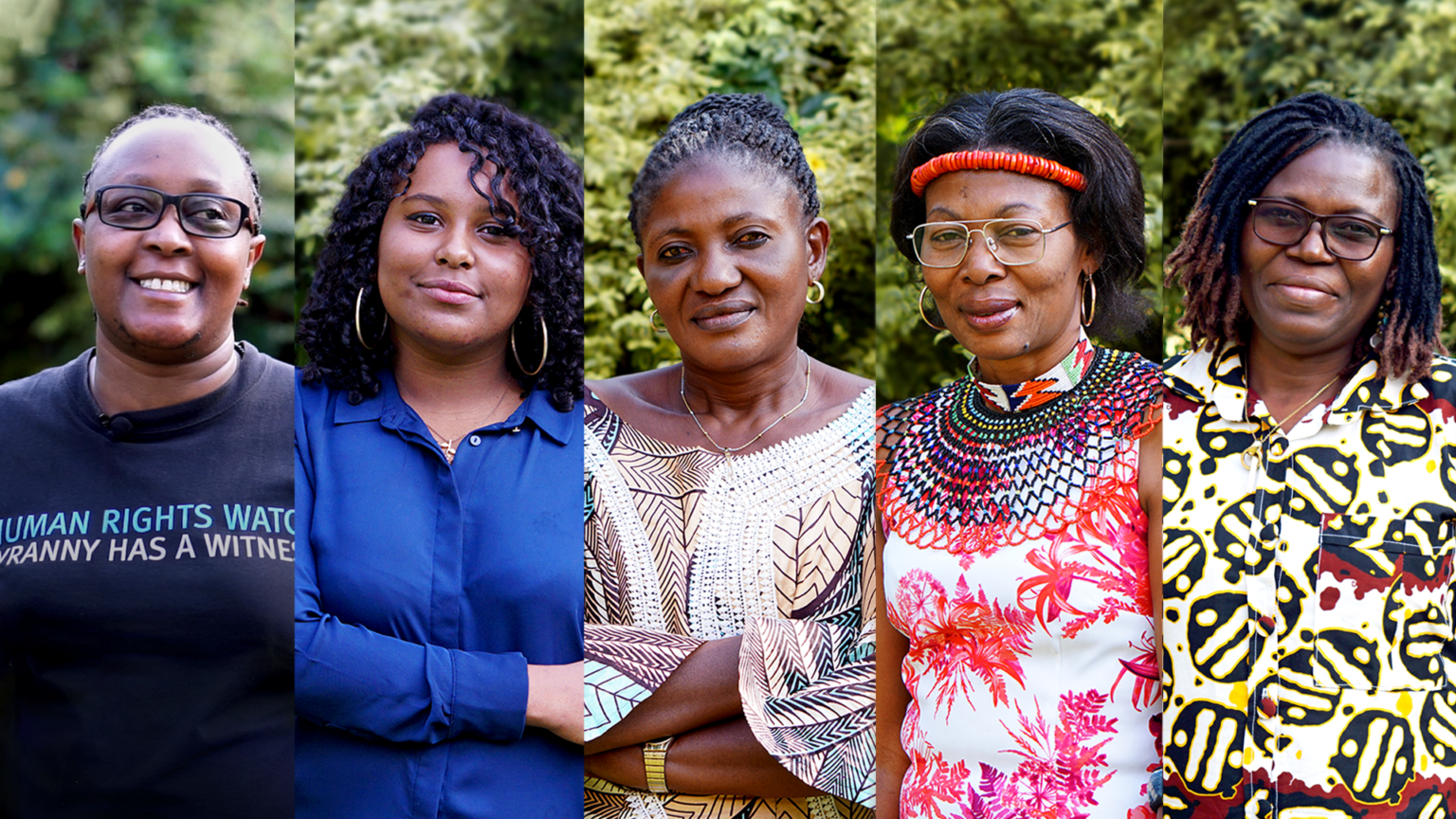 Posted at 11:33h in AfricanDefenders by Gentrix Barasa
Share

Statement in relation to the International Women’s Day 2020

In commemoration of the 2020 International Women’s Day, 14 civil society organisations (CSOs) honour the brave women human rights defenders (WHRDs) in Africa, and worldwide, and call on state authorities to ensure protection and well-being of WHRDs.

In 1995, with the adoption of the Beijing Declaration and Platform for Action, 189 states opted to remove the systemic barriers that restrain women from equal participation in all areas of life. Now, 25 years later, we are still demanding #EachforEqual.

Through their fight for equality, peace, and justice, WHRDs at all levels of society are daily working to eradicate discriminatory stereotypes, challenge unequal power structures, and promote justice for all. We applaud the WHRDs who continue to raise their voices in a world which is still based on patriarchal norms and misogynistic attitudes. The diverse and essential human rights work carried out by WHRDs make them a cornerstone in human rights promotion.

WHRDs are paving the way for justice. In Sudan, women activists spearheaded the 2019 revolution which ousted the Omar al-Bashir regime. In South Africa, women and girls are at the forefront of the fight for social justice, including female lawyers who bring women’s socioeconomic rights cases to the courts.

WHRDs are paving the way for women’s political participation. The number of women in political leadership positions has increased in Africa. For the first time in Kenya’s history, women were elected to serve as governors and senators in their 2017 election. Currently, fifty percent of Ethiopia’s cabinet consists of women, including many ministerial posts.

WHRDs are speaking up for sexual and reproductive health rights (SRHR). Women across the continent continue to advocate for SRHR, including at a pan-African level. Many countries in Africa have adopted national laws against Female Genital Mutilation (FGM), and the rate of FGM has drastically dropped in East Africa. Maternal health has greatly improved, and there has been a significant decrease in maternal deaths.

WHRDs are champions for land rights, and they are advocating to mitigate the effects of climate change. African WHRDs are at the forefront of land preservation and the fight against climate change in Africa, and continue to inspire and to call on state authorities to take action – from the Kenyan land rights activist and 2004 Nobel Peace Prize winner Wangari Maathai, to young women activists from Nigeria and Uganda, and elsewhere.

The complexity of WHRDs’ challenges, where gender stereotypes and sexual objectification are largely intertwined with traditions and social norms, results in serious intersecting forms of marginalisation. WHRDs are often viewed as provoking gender roles, leading to stigma, ostracism, and attacks – by state and non-state actors.

In addition to the Universal Declaration of Human Rights (UDHR) (1948) and the African Charter on Human and Peoples’ Rights (1981), several significant regional and international frameworks have been adopted to safeguard the rights of women and WHRDs over the past 40 years.

Adopted in 1979, the Convention on the Elimination of All Forms of Discrimination against Women (CEDAW), described as an international bill of rights for women, sets up an agenda for national action to end discrimination. However, in Africa, Somalia and Sudan are yet to ratify CEDAW.

Adopted in 1995, the Beijing Declaration is seen as most progressive blueprint for women, with 189 signatories, and was set out to remove the systemic barriers that hold women back from equal participation in all areas of life – including the right to protect and promote human rights.

Adopted in 1999, the Declaration on Human Rights Defenders (HRDs) recognises the important role of WHRDs, and outlines obligations of state authorities to protect WHRDs.

Adopted in 2003, the Protocol to the African Charter on Human and People’s Rights on the Rights of Women in Africa (Maputo Protocol) is one of the most progressive legal instruments providing a comprehensive set of human rights for African women.

Despite these regional and international declarations and treaties, not a single country can claim to have achieved gender equality. Moreover, several countries have yet to ratify all the instruments. The 2030 agenda is ten years away, and in order to meet the needs and address challenges faced by WHRDs, we need more progressive action by state authorities, and regional and international actors.

We, the undersigned, demand more protection and promotion of WHRDs in Africa,

We call on state authorities to ensure that violations against women human rights defenders committed by state and non-state actors are promptly and impartially investigated and that those responsible are held accountable;

We call on state authorities to recognise and acknowledge the crucial role played by women human rights defenders as an initial step towards their protection;

We call on state authorities to adopt and implement national legislation to safeguard the rights of women human rights defenders, to ensure they work in a safe environment free from attacks, reprisals, and unreasonable restrictions;

We call on state authorities to comply with regional and international legal framework protecting women’s rights and the rights of women human rights defenders, and allow the UN Committee on the Elimination of Discrimination against Women to receive individual complaints and launch inquiry procedures, by making the necessary declaration under the Convention on the Elimination of All Forms of Discrimination against Women (CEDAW) and/or ratifying its Optional Protocol (OP-CEDAW), or lifting reservations;

We call on the United Nations Human Rights Council to continue mainstreaming the promotion and protection of women’s rights, the fight against gender discrimination, and the promotion of gender equality into its work, especially the situation of women human rights defenders and their specific protection needs.