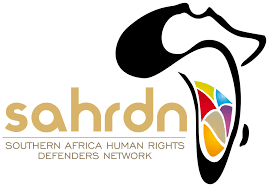 26 septembre, 2019
The Southern Africa Human Rights Defenders Network marks the International Day in Support for the Victims of Torture

This Statement was first published by (SAHRDN), Johannesburg, South Africa

Today, 26 June 2019, marks 32 years since the coming into force of the United Nations Convention against Torture and Other Cruel, Inhuman or Degrading Treatment or Punishment. The Convention is the main international mechanism which declares the absolute prohibition of torture in binding international law instrument. According to the Convention, torture is “any act by which severe pain or suffering, whether physical or mental, is intentionally inflicted on a person for such purposes as obtaining from him or a third person information or a confession, punishing him for an act he or a third person has committed or is suspected of having committed, or intimidating or coercing him or a third person, or for any reason based on discrimination of any kind…”.
In Southern Africa, a total of sixteen (16) countries form part of the Southern African Development Community (SADC): Only a total of twelve (12) countries have ratified the Convention 1 , two (2) have only signed but not yet ratified the Convention 2 , and two (2) have neither signed nor ratified the Convention 3 .
Despite having a large number of countries in the SADC region that have committed themselves to take measures that will prevent acts of torture, it is common that Southern Africa is facing a human rights crisis. One of the most notable trends that are emerging in many parts of the region is the shrinking of civic space for civil society as evidenced by an increase in the attacks on Human Rights Defenders.

Today, Human Rights Defenders continue to face torture, beatings, harassment, arbitrary arrests and death threats as a result of their work in fighting for and protecting human rights. In the 2018/2019 financial year, the Southern Africa Human Rights Defenders Network received more than 45 (fortyfive) requests for protection grants from HRDs across Southern Africa. A large number of the requests received were as a result of torture, beatings and death threats targeted at not only Human Rights Defenders, but to also their family members and friends. Southern Africa is also witnessing a concerning increase in reports of acts of torture committed not only by the police, but also members of the military against defenders.

In Mozambique for example, a journalist, Ericino de Salema, was abducted by unidentified two men in Maputo in broad daylight, on 27 March 2018. He was later found unconscious outside the city bearing signs of torture and with serious injuries, including multiple fractures. He had received death threats prior to the abduction after he appeared on a privately-owned television station criticising the government’s debt restructuring plan. While the abductors are yet to be identified, the incident has striking resemblance to similar cases involving suspected State agents that have occurred in Mozambique in the past, which raises suspicion that the State is complicit in this latest assault on
free expression — by commission or omission.

In a most recent event in Zimbabwe which targeted hundreds of citizens, the world witnessed an increased violation of human rights during the January 2019 nationwide protests that occurred as a result of the country’s protracted economic problems that have worsened in recent times. During the protests, members of both the police and the military killed at least 13 people and there were also widespread beatings, deprivation of personal liberty, torture and other ill treatments such as being made to roll in sewage or ashes that were reported. The government also moved to block citizens’ access to the Internet, including social media and email. Hundreds of protesters were arrested and this resulted in the fast tracking of their trials that could have impacted negatively on the accused persons right to a fair trial.

In early June 2019, the President of the Amalgamated Rural Teachers Union of Zimbabwe, Mr Obert Masaraure, was abducted and beaten by suspected State agents. The incident occurred after the Rural Teachers Union of Zimbabwe organised a stay-at-home strike, which appeared to have been only partially followed. In the same week, Mr Obert Masaraure, was abducted from his Harare home by a group of armed men, taken to a secluded place, then stripped naked and beaten. His union said the assailants warned him to stop mobilising teachers to strike. No arrests have been made yet.

In Malawi, the Malawi Human Rights Commission (MHRC) has recently published a report finding the police responsible for the death, by torture, of a man unlawfully arrested on suspicion of being involved in the abduction and killing of a child with albinism. In the report, the MHRC detailed many human rights violations experienced by the deceased – his arrest without warrant, being held incommunicado and ultimately his death by torture – as well as the breach of his family&#39;s rights, all at the hands of the police, and recommended urgent criminal investigations of the police officers involved from the time of the deceased’s original arrest, throughout the period he was held in
custody, up to the time of his death by torture at the hands of the police.

According to a 2018 report published by Freedom from Torture on the Democratic Republic of Congo, the military, police, and intelligence services have routinely tortured Human Rights Defenders, including by gang rape, choking and electric shock. Human Rights Watch has also documented the systematic use of arbitrary arrest and detention, ill-treatment and frequent torture of suspected political opponents and activists. In the two years following the 2006 elections, security forces tortured many of the estimated 1,000 people arrested for their perceived political opposition and killed about 500 people. In the December 2018 elections, several armed groups, and government security forces, continued to attack civilians, killing and injuring many.

Although South Africa ratified the Optional Protocol to the Convention against Torture, Cruel, Inhuman Treatment or Punishment in March 2019, there still exists a high number of human rights violations related to torture in the country, where many are yet to be investigated. Contemporary faces of torture in South Africa since the end of apartheid include victims of police brutality, excessive use of force by the police during arrests, crowd control, police patrol and interrogation of criminal suspects. Some recent examples include: Marikana in August 2012, Mido Macia in February-March 2013, the beating to death of a hawker by Metro-Police in Johannesburg in January 2014, the
beating and stripping naked of a man in Cape Town by police in March 2014 and the torture of Ubunye Hostel men by police in KZN in March 2014), ill-treatment of inmates by prison warders in South African prisons (St Alban Prison in Port Elizabeth in January 2013, the killing of Sikhosiphi ‘Bazooka’ Radebe in 2016.

Torture is one of worst weapons used to torment human rights defenders and society at large. It is a problem in all countries in Southern Africa and affects every person. The use of torture is done to instill fear, to dehumanise and degrade, to assert power and control. When torture is not condemned, a range of other associated human rights violations also tend to worsen. This is why it is important for countries in Southern Africa to take active steps to prevent torture and other forms of ill-treatment in a democratic society. It is also important for States to ensure that torturers are prosecuted and that survivors of torture receive reparation, including compensation for the harms
they suffered and access to rehabilitation.

The UN Convention against Torture and Other Cruel, Inhuman or Degrading Treatment or Punishment places an obligation on States to investigate and prosecute allegations of torture. States Parties to the Convention against Torture are obliged to take all legislative and other measures to prevent torture and other forms of cruel, degrading and inhuman treatment and punishment (ill-treatment), and provide redress to victims. The criminalisation of torture is central to the prohibition– the need to make torture a crime under domestic law.

On this International Day in Support for the Victims of Torture, the Southern Africa Human Rights
Defenders Network calls on all member States of the SADC to: