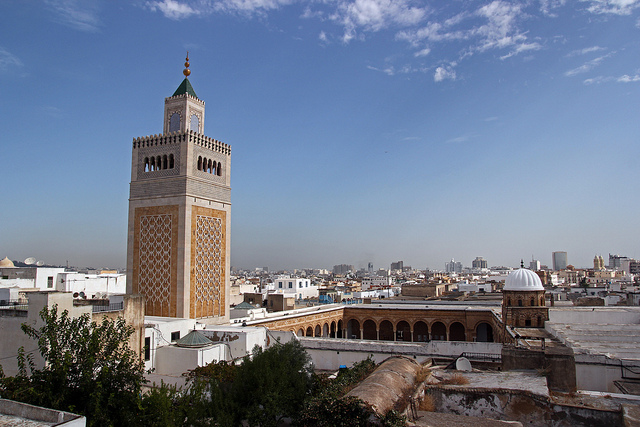 Tunisia is one of the very few countries to have gone through a generally peaceful democratic transition after the wave of protests that hit the Arab world since 2011. It is also the only country in North Africa, and  one of the few on the continent, to have been rated “free” by Freedom House since 2015. In this context, civic activism has been key in ensuring a peaceful democratic transition, as well as the promulgation of a constitution with strong protection for human rights and democratic principles.

Tunis, the capital, has a flourishing civil society, from long established organisations to new youth initiatives. Tunis also hosts the Cairo Institute for Human Rights Studies, AfricanDefenders’ member in North Africa, working on the promotion and protection of human rights across North Africa and the Middle East. Our main partner for the implementation of the Hub Cities initiative in Tunis is the Ligue Tunisienne des Droits de l’Homme (Tunisian Human Rights League – LTDH).

Arabic and French are the languages largely used by civil society in Tunis, making it the central Hub City for human rights defenders from North Africa.

> Read about the Ubuntu Hub Cities launch in Tunis <