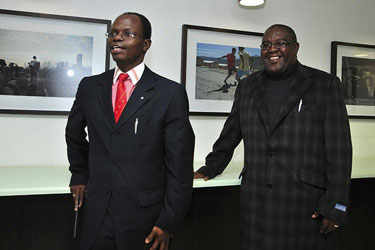 Thulani and Bheki have been vocal supporters of social justice and the rule of law in Swaziland. In articles published in March and February 2014, Thulani and Bheki openly criticised the lack of independence of Swaziland’s justice system. Consequently, they were arrested for “contempt of court”. They were later acquitted and released after Swaziland’s Supreme Court found that they had been wrongly convicted.