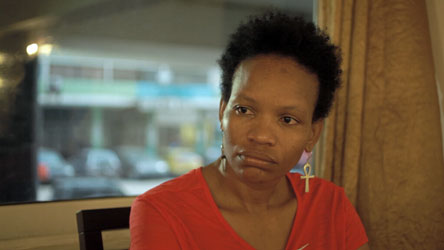 Lúcia Da Silveira was awarded the Southern Africa Shield Award 2013 for her work with the Associaçao Justiça, Paz e Democracia (the Justice, Peace and Democracy Association – AJPD) in Angola.  AJPD is an Angolan organisation with a nation-wide focus to contribute to the active, conscious and responsible participation of Angolan citizens in the process of consolidation of a democratic state, the rule of law, peace, development and respect for human rights. AJPD’s work also focuses on researching, documenting and denouncing violations of human rights in Angola.

In 2011, Lúcia presented a report on the human rights situation in Angola at the African Commission on Human and Peoples Rights, and she was threatened by government representatives. Yet, she has been pivotal in inspiring other organisations and citizens to engage with African human rights mechanisms and in fostering collaboration among them.

“As an HRD I always understood that I should contribute, in my capacity, to informing, protecting and defending the rights of the most disadvantaged people“