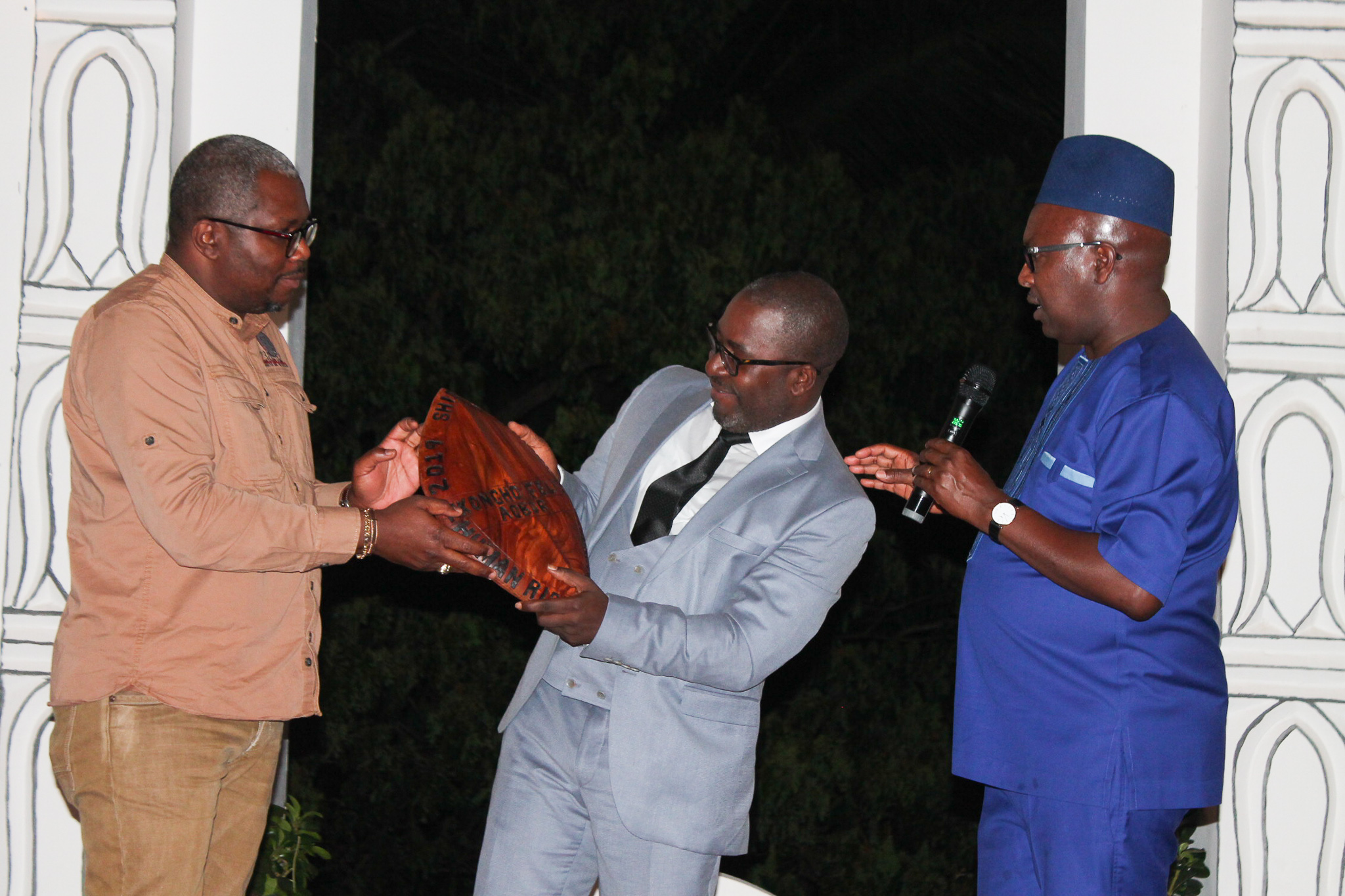 Felix Agbor Anyior Nkongho is a Cameroonian human rights lawyer, and barrister at the Supreme Court of Cameroon and Nigeria. Anyior has greatly contributed to bringing change in Cameroon. His dedication to human rights and activism led him to create the Committee for the Defense of Human Rights in 1998, which became the Centre for Human Rights and Democracy in Africa in 2005. As a result of his human rights work, he was also elected as the  President of the Cameroon Anglophone Civil Society Consortium, to defend the rights of the English-speaking Cameroonians, a minority in Cameroon.  His activism has particularly focused on advocating for social justice and equality in the Anglophone region, for example by leading a peaceful strike of lawyers and teachers to protest against the marginalisation of the minority Anglophones in Cameroon, including their legal and educational system. Furthermore, he has provided humanitarian support to internally displaced persons (IDPs) and refugees, and pro bono legal services to hundreds of victims of human rights violations.

His human rights activism has resulted in him facing serious security challenges, including death threats, harassment, violence, and the burning of his offices and his father’s house. On 17 January 2017, Felix was arbitrarily arrest, blindfolded, handcuffed, and taken to the infamous Kondengui Prison in Yaounde, the capital of Cameroon. He was tried at the Military Tribunal on terrorism, and charged with rebellion to incite civil war, contempt against the state, and secession – crimes which constitutes death penalty. After being kept in a cell with 12 alleged members of the Boko Haram terrorist group, he was later transferred to solitary confinement for 45 days, and was not even allowed to attend my father’s funeral. His insistence on nonviolence and reconciliation has also attracted insults and threats from separatist Anglophone groups, but his mission remains to convince both governments and armed insurgents to turn away from violence.

“I am collaborating effectively with Francophone human rights activists to foster dialogue in the society,” he explains. “Together, we have made it clear that it is possible for Anglophones and Francophones to live in peaceful coexistence in Cameroon, speaking a language we can all understand: the language of nonviolence.”

“It is possible for Anglophones and Francophones to live in peaceful coexistence in Cameroon, speaking a language we can all understand: the language of nonviolence.”