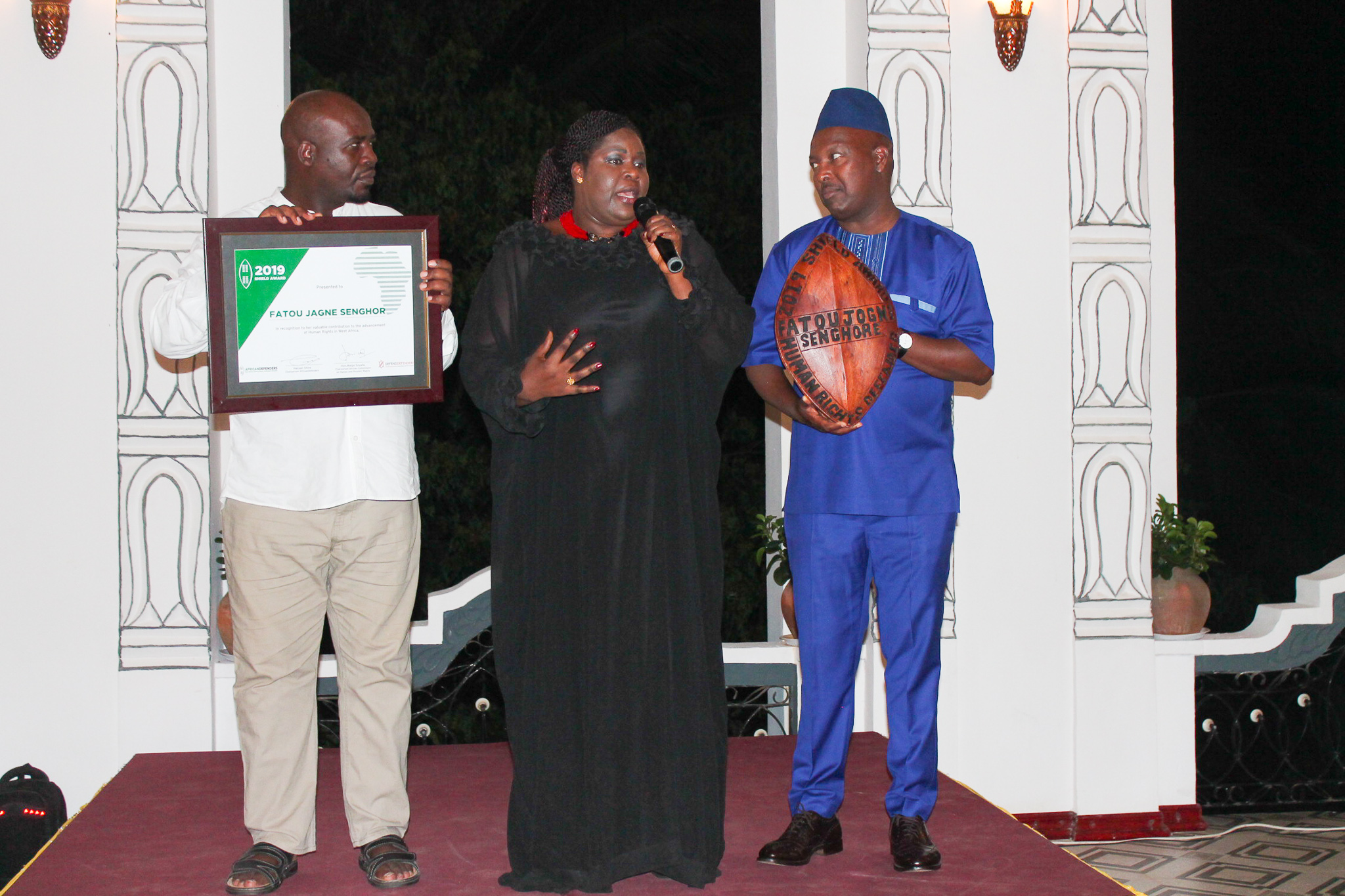 Fatou Jagne Senghor is the Executive Director of Article 19 West Africa, and she has been a human rights advocate for twenty years, with a particular focus on freedom of expression and media freedom. “Information is power, and the battle to control information is important,” she explains. “Freedom of expression is a pillar, for it enables you to claim your other rights”. Motivated by this belief, she has worked with governments, intergovernmental bodies, and civil society organisations (CSOs) on reforming media policies and freedom of expression in Africa, and she has taken part in litigations and campaigns on behalf of victims of human rights violations in Eritrea, Gambia, Mauritania, and Zimbabwe.

She has astoundingly defended human rights amidst hostilities from governments, who often portray her as “unpatriotic”, and accused her of bringing forward an “imported agenda”. Being labelled as a “trouble maker” has also led to isolation from colleagues and friends, in what she calls a “culture of fear”. In this context, she particularly appreciated the solidarity and support provided by human rights defenders (HRD) networks.

“Freedom of expression is increasingly under attack, and we need defenders like Fatou to protect us,” said George Morara, Commissioner of the Kenya National Commission on Human Rights, while handing Senghor her shield.

“Freedom of expression is a pillar, for it enables you to claim your other rights.”