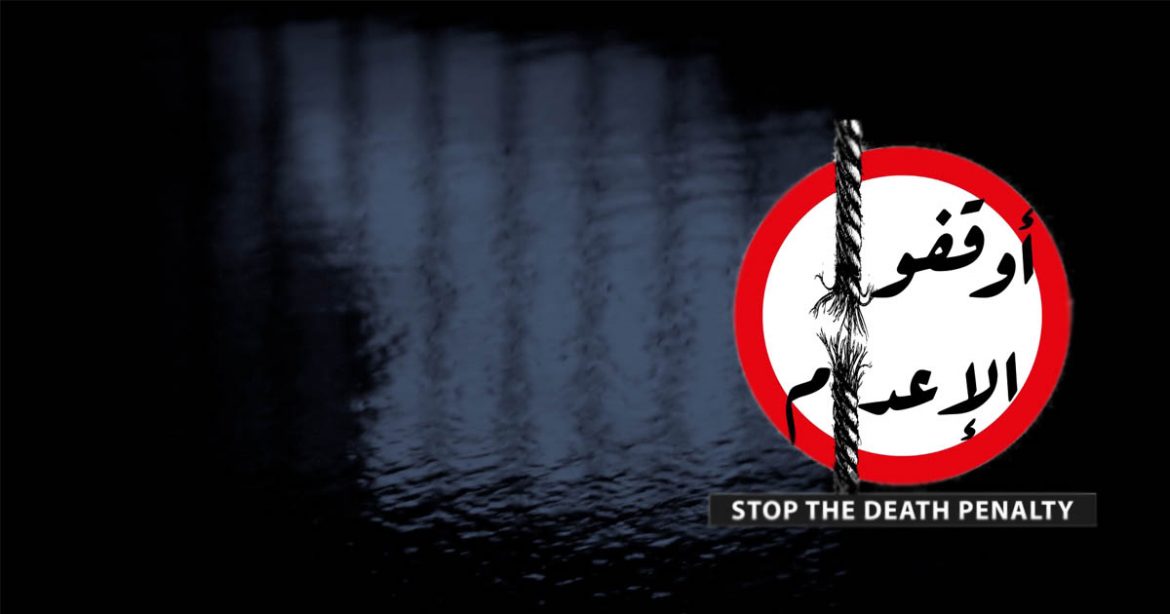 This article was first published by Cairo Institute for Human Rights Studies.

The undersigned rights organizations condemn the Egyptian authorities’ latest spate of executions, with three people executed by hanging on February 13 and another three people hanged less than a week earlier on February 7. The six executions followed fundamentally flawed trials featuring confessions coerced through torture; bringing the total number of political prisoners put to death since July 2013 to 38, with at least another 59 people awaiting execution, having exhausted all appeals.

Six Egyptian citizens –including a grocer, students of engineering and business, and degree holders – were hastily executed within the span of just under a week after being convicted in partial, politicized trials. Mohammed Said Farag Saad, 48; Mohammed Abdel Samie Hamida, 37; and Salah Fathi Hassan al-Nahhas,43, were executed on February 13th for the 2013 killing of a police officer at the Kerdasa police station, in clashes following the Rabaa massacre  (case no. 938/2014; entered as no. 9/2014).  The previous week, Abdel Hamid Metwalli, 47; Ahmed Maher al-Hindawi, 24; and al-Moataz Billah Ghanem, 29; were executed after being sentenced to death last year for the 2014 killing a judge’s son (case no. 200/2014). In both cases, prison authorities notified family members of the executions after they had already been carried out.

Both trials were marred by severe irregularities including torture and coerced confessions, enforced disappearance, irregular and biased procedures including repeated interrogation of the defendants without their attorneys, and reliance on inconsistent, biased, and unreliable testimony and evidence. These recurrent infringements of due process confirm the prosecution’s one-sided bias in favor of the prosecution and against the defendants.

Before facing the prosecution in the Kerdasa case, the defendants stated their confessions were coerced through torture following their arrests. The attorneys for two of the recently executed men had argued, in the first appeal, that the judge ruled on the case without waiting for the results of the defendants’ forensic medical examination. This overt breach of due process occurred despite the fact that on February 7th 2016, the court played the defendants’ filmed confessions, which revealed obvious signs of torture on their bodies.

The court’s ruling in the Kerdasa case relied solely on police investigation reports, even though it was police officers who allegedly tortured the defendants, as recounted by one of the defendants’ attorneys.  Furthermore, the police investigation reports were unsupported by any material evidence and rife with inconsistencies. For example, officers gave conflicting testimony about where an automatic rifle allegedly belonging to one of the apprehended defendants was found.  Despite the proceedings’ noncompliance with basic due process guarantees, the original 12 defendants were sentenced to death on August 6, 2014 by Judge Moataz  Khafagi, presiding over the Giza Criminal Court.  On January 20,  2018, the Cassation Court upheld the death sentences of the three defendants executed on Tuesday February 13.

The three defendants executed the previous week, on February 7, similarly endured unjust trials replete with violations of their fundamental rights, which culminated in their sentencing to death on July 17th, 2016 by the South Mansoura Criminal Court.  One defendant was forcibly disappeared at a police station for 25 days after initially being apprehended from his home.  All three defendants were tortured during their interrogations to coerce confessions; a forensic exam, taken over a year after the torture was alleged to have occurred, quite predictably was unable to confirm the torture.  Multiple interrogations were also conducted in the absence of the defendants’ attorneys. The Cassation Court denied the defendants’ appeals on December 17, 2017, slating them for capital punishment.

This latest spate of executions by Egyptian government comes in defiance of the international community’s numerous appeals urging a halt in executions, alarmingly frequent in Egypt recent years, especially in 2018. Echoing previous appeals by Egyptian rights groups; over the last year, the United Nations and the European Parliament have called on the Egyptian government to immediately halt its escalating practice of capital punishment, given the incompetence of its judiciary in upholding minimum standards of justice and impartiality.  From July 2013 to the present day, the Egyptian state authorities have issued at least 2,532 death sentences, executing at least 165 people after trials that were overwhelmingly neither free nor fair.

We, the undersigned organizations, affirm our rejection of the death penalty as a punishment that violates the most fundamental human right: the right to life; and we call on the Egyptian government to comply with the recommendations on the death penalty it adopted during the Universal Periodic Review of its rights record before the UN in 2014.

We, the undersigned, reiterate our categorical condemnation of these six recent executions and preceding executions, which were the outcomes of trials that were at best politicized and well-below minimum standards of due process. And as there has not been established any corollary between an increase in executions and a decrease in terrorist violence, we further call on the Egyptian government to cease its cruel and inhumane practice of capital punishment as part of its “war on terrorism”, while instead striving to respect human rights and the rule of law.